Wis. congressional candidate borrows LGBTQ books to take them out of circulation 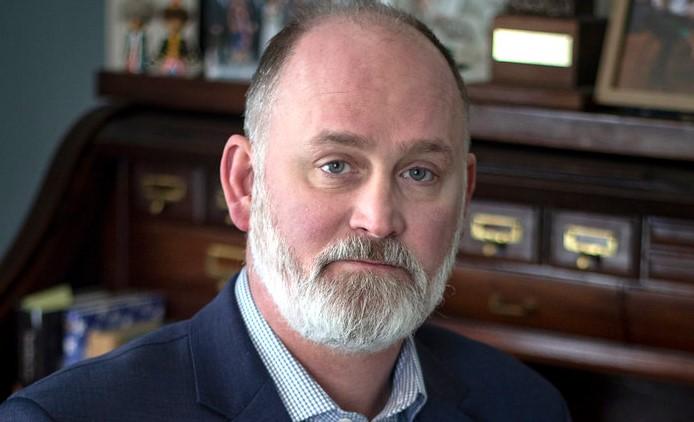 The library shared the story with La Crosse Tribune as Van Orden ramps up his campaign for 3rd congressional district of Wisconsin.

Out staffer Kerrigan Trautsch, an 18-year old page, said that Van Orden walked into the library and "aggressively" questioned why the children's section had LGBTQ books on display.

The belligerent self-avowed Trump supporter ordered a public library card with the expressed purpose of borrowing all the LGBTQ books except one, which was being used.

Trautsch, speaking for her coworkers, described the scene as "chaos."

She said Van Orden was upset that taxpayer money was being used for such materials.

He allegedly was most upset over a fictional picture book called "A Day in the Life of Marlon Bundo," a parody of Vice President Mike Pence's book about their pet rabbit.

The library shared Van Orden's written grievance about the children's book calling it "historically inaccurate in claiming that same-sex marriage was illegal in the U.S. when the story was written."

He continued, "This book is a clear attempt to paint Republicans as being not inclusive."

He is seeking the seat of Democratic Rep. Ron Kind who announced his retirement. It is a seat national Republicans are hoping to claim in order to gain a House majority.

Tribune asked for an interview with Van Orden but received a statement instead.

"I unequivocally support equal rights for all Americans," the campaign statement read. "This of course includes our fellow citizens who are members of the LGBTQ community."

Van Orden's statement continued, "It is 2021 and this should not have to be stated but there are people who continue to divide us as Americans for political purposes. I will not allow them to further degrate the relationships we have as citizens."

The library pointed out that they make special book displays for various themes throughout the year. For example, that same June, there was a display to celebrate Dairy Month.