Chicago's Southside will be rainbow-filled with returning Chicago Urban Pride 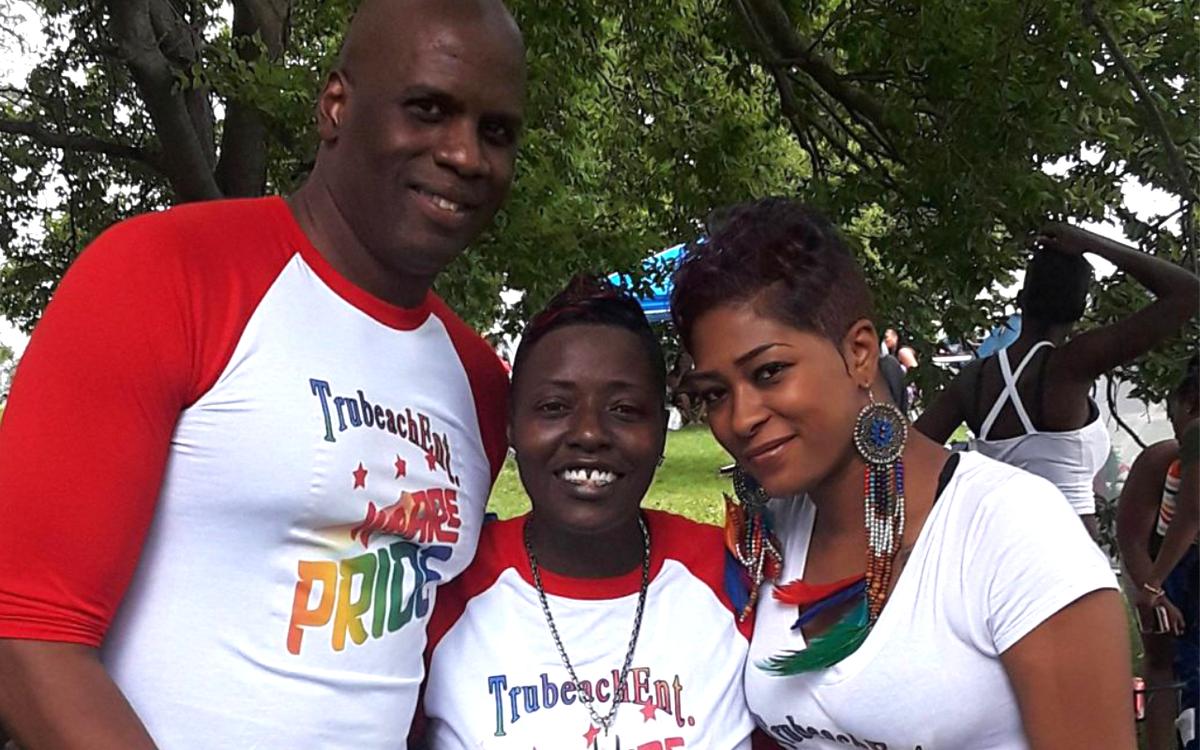 photo credit // provided
Chicago Urban Pride, founded 30 years ago, returns this weekend on the city's south side – with four major events and a deeper meaning, purpose and goal than ever given all that has happened over the past 15 months or so, especially to people of color in the LGBTQ+ community.

“By living at the intersection of systems of oppression defined by race, sexual orientation, and gender, LGBTQ people of color face many specific challenges that white LGBTQ people may not,” said Trina 'Tru Luv' Robinson, 49, born and raised on Chicago's Southside and the founder of Urban Pride Inc., a 501(c)(3) non-profit. “Gender and sexual

minorities of color grow up in communities that operate outside of the mainstream, white-dominated culture. The complication that arises in the development of their African identities derives from the occupation of two different, but in no way mutually exclusive spaces.

“LGBTQ people of color are socialized with differing norms and values from the aforementioned dominant culture and must simultaneously encounter racism and ethnic bias within the LGBTQ community because it is just as dominated by white people as the culture at large.”

“Urban Pride has organized various fun events this year, offering a safe space for the LGBTQ community by providing the first LGBTQ three-day festival and permitted Pride Picnic on the Southside of Chicago over the traditional Pride weekend,” said Robinson, whose event will include a family-friend picnic with live music, live entertainment, drag shows, a health & wellness forum, free & confidential HIV and STI testing, and much more.

Chicago Urban Pride events are open to all people regardless of race, sexual orientation, and gender identity.

Here's a look at some of the events:

There will be more than 40 birthday celebrations at the party, with two DJs spinning, entertainment and more.

The evening party will feature more than 15 dom and fem entertainers, organizers said.

“Want to be out, proud and loud with your fabulous friends and experience some grown exotic fun performances like you've never imagined? This night! Whew! You don't want to miss,” Robinson said.

The evening will feature three DJs, plus Chicago's Kingdom Wetdream and Princedom Sin.

Attendees are invited to bring lawn chairs, grills and more; the event is sponsored by Cook County Health.

Pride In The Sky: The Rooftop Picnic After Party

“Pride Picnic Rooftop after-party is a real buzz around town, (held) in a fun atmosphere with friendly queer people,” Robinson said. “It's going to be a huge cultural event.”

Robinson said the Chicago Urban Pride traditionally attracts LGBTQ men and women, ranging in age from 18 to 65 – from Illinois and beyond.

“Urban Pride wanted to create an affirming and inclusive Pride Picnic environment for LGBTQ people of color which requires a combination of understanding them as a population, while treating each LGBTQ person of color as a unique individual,” Robinson said.

“Effectively serving LGBTQ people of color requires us to understand the cultural context of their lives, and to modify our procedures, behavior, and language to be inclusive, non-judgmental, and helpful at all times. By taking these steps, Urban Pride makes sure that our LGBTQ people of color receive the level of resources that everyone deserves.”

Robinson added, “We're devoted to the empowerment of gender diverse and sexually diverse people, but we're also inviting people to look deeper into what we are, into all that we do, and into what we promise we're heading towards. As the structure and leadership of our organization change, we will continue to grow and adapt to what our communities need.

“The mission of Chicago Urban Pride is to bring together African-American and other LGBTQ people of color in a social, non-threatening, (but rather) empowering, setting to uplift, educate and present positive images that help to maintain a healthy, productive and visionary community.”