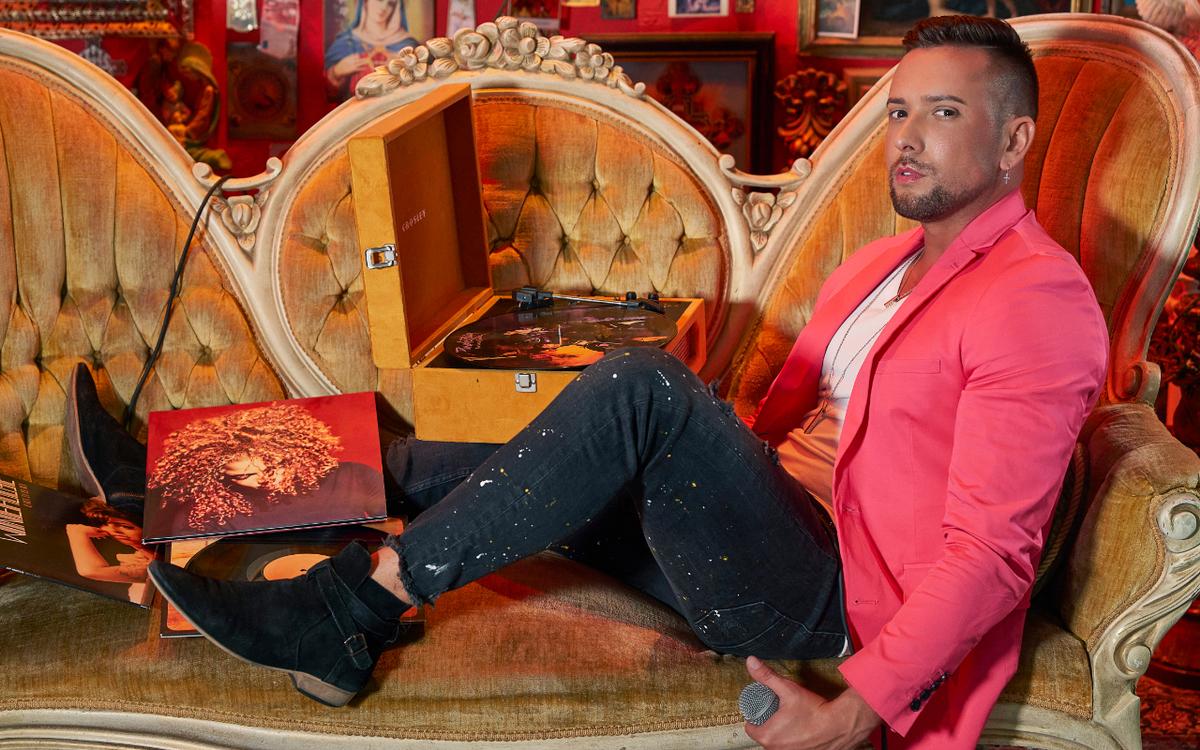 Singer set for Pride appearances, talks about times in Chicago: 'The city holds a special place in my heart.'

David Hernandez did more than 50 live streams during the COVID-19 pandemic, with fans showing up to support him each time.

“I don't know what I would have done without their love and support,” said Hernandez, who had never done a live stream before the worldwide crisis of 2020.

The 38-year-old singer who lives in Los Angeles and grabbed worldwide notoriety on American Idol in early-2008 is back with new music and ready for live appearances this summer, such as at Omaha Pride in July.

Hernandez released ILY., a summer anthem, on May 21st .  Co-written with Stewart Taylor and produced by Alex Teamer and Push Kahlon, ILY. brings a powerful message of inclusion and how it is vital that we love one another for who and what we are.

“ILY. is not pronoun specific and that was intentional,” Hernandez said.

“I want everyone to be able to identify with the song's message,” he said. “We are lacking inclusion in music and it needs to be recognized because inclusion inspires understanding and humanizes our experiences,” he said.  “I feel we need to be more cognizant of using gender specific pronouns in some communities, specifically, the queer community because we all identify as so many different things. Plus, I wanted (everyone) to be able to relate to the lyrics.

ILY. is being distributed independently and is available on Apple Music, Spotify, Tik Tok, Amazon, and all other major e-music retailers.   The ILY. music video is on YouTube.

“I'm a little biased, but, I love the song,” Hernandez said.  “I think anyone can relate to it and it's definitely a summer anthem for our community.

“The song is personal to me because I just think it's important to tell the people you love that you love them before it's too late. Life is really short and we aren't promised tomorrow.”

Benji Schwimmer, from So You Think You Can Dance, plays Hernandez's love interest in the video.  He also choreographed the dance sequence that he taught to Hernandez in two days.

The “ILY.” video, shot by Arno Diem, depicts two people in a relationship that are struggling with each other's shortcomings and insecurities.  They visit a therapist, played by trans actress Alexa Abraxas, and discover that through the heartache, they share a common thread of love for one another and that for many, it's the obstacles we overcome that make a relationship stronger.

“I think the video came out beautiful and everything we intended to portray, we accomplished.  I've always wanted to incorporate some kind of dancing in my music videos. This was the first time I did it and I did it with an awesome teacher and dancer,” Hernandez said.  “We had a lot of fun in the video. The whole process was enjoyable. We had a great team and working with Benji for the first time was so cool. He has all of his own accolades and accomplishments, so to have him be a part of my project was truly humbling. We laughed a lot, which you'll see more of in the behind-the-scenes video to drop shortly.”

Hernandez said Schwimmer was a “super patient teacher.”  Hernandez added, “he's actually really funny, and obviously talented. Ultimately, he made me look good.  I think his work ethic stood out the most. He was super hard-working and would run the choreography with me as much as I wanted to during rehearsals and on set.”

Hernandez wrote the song in two parts. Initially it was just him, then he brought in his good friend Stewart Taylor for ideas. It ended up being a collaboration in terms of the writing.

“The song was produced by my longtime collaborator Alex Teamer and then some awesome things were added by my new friend and mixer, Push Kahlon. So again, collaboration is key for me,” Hernandez said.

Hernandez said working with Abraxas was “incredible.”  Hernandez added, “She's a great actress and showed up on time and stayed until her scene was finished. She's also a big advocate for the trans community and it meant a lot for me to have her involved in the project.”

The video was filmed in Los Angeles, over a 10-hour work-day … with quite a few wardrobe changes.

He has released two full-length albums, 2011's I Am Who I Am and most recently, KINGDOM: THE MIXTAPE, an album that included twenty original tracks, many of which reflected on the love and loss he experienced since rising to fame on American Idol.

Hernandez has performed numerous times in Chicago, such as, at Market Days.

“I love Chicago … my favorite thing about Chicago is, the food. The pizza and also the people. The city holds a special place in my heart,” he said.