Antibodies discovered that block HIV strains, could lead to vaccine 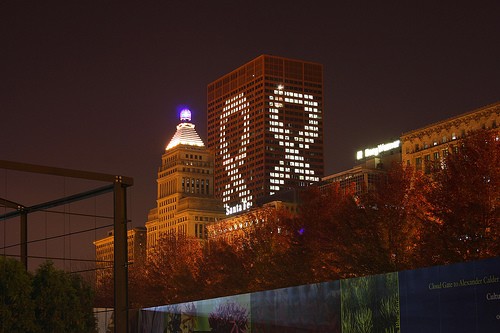 Scientists today have reported a new discovery that provides a promising new direction for developing an effective AIDS vaccine.

According to government researchers, led by the National Institutes of Health, newly found and naturally occurring antibodies can neutralize more than 90 percent of known strains of the AIDS virus in laboratory testing.

"The discovery of these exceptionally broadly neutralizing antibodies to HIV and the structural analysis that explains how they work are exciting advances that will accelerate our efforts to find a preventive HIV vaccine for global use," said Anthony Fauci, director of the National Institute of Allergy and Infectious Diseases.

The antibodies, known as VRCO1 and VRCO2, prevent more HIV strains than any other known antibodies from infecting human cells.

"This is important, encouraging news for the HIV vaccine field," said Jim Picket, Director of Advocacy for the AIDS Foundation of Chicago. "Hopefully this new finding brings us another step closer to a safe, effective, acceptable and accessible HIV vaccine."

Though today's discovery is a potential breakthrough for advancing HIV research and could eventually lead to a vaccine, many HIV researchers and advocates remain cautiously optimistic.

"It's impossible to tell how long we could be from a vaccine, but it's important that research continue on advances that could one day protect people from the virus," Better Existence with HIV (BEHIV) Executive Director Eric Nelson told ChicagoPride.com. "Until then, it's absolutely necessary that people know their status and take steps to protect themselves and their partners. Too many people believe
that there is no longer urgency around this issue."

Pickett added, "We need more prevention options beyond male and female condoms. In fact, our relative lack of options for the prevention of sexual transmission of HIV significantly hampers our efforts to halt this epidemic. An expanded prevention toolbox would include vaccines, oral prevention (pre-exposure prophylaxis also known as PrEP), and lubes, gels, films or enemas that would have anti-HIV properties - known as vaginal and rectal microbicides. All of these things are being developed. To date none have been proven safe and effective."

The findings, reported by the Wall Street Journal, are published today in the online issue of Science.