Chicago's Karsten Sollors is refreshed and ready for Pride month 2021 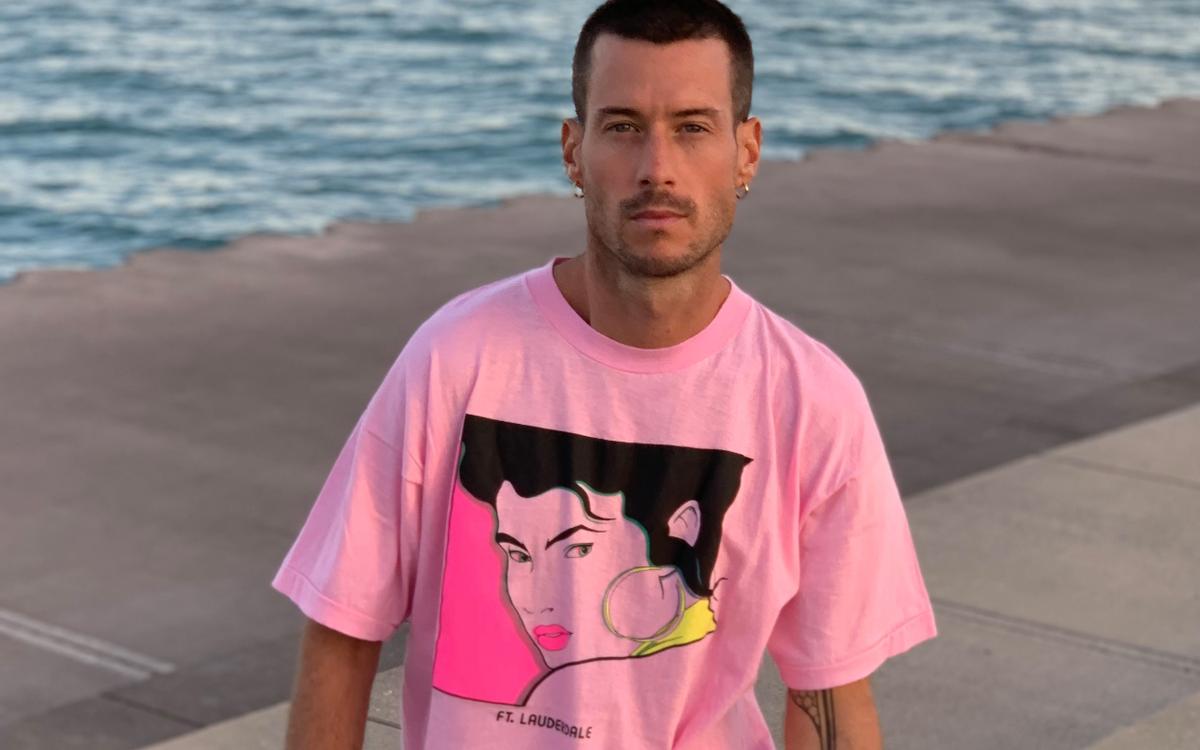 'Everything has come back all at once … it's amazing,' says DJ Karsten Sollors

So busy, in fact, that the Chicago DJ was interviewed after two shows in Puerto Vallarta and two shows in Nashville.

“Everything has come back all at once … it's amazing,” Sollors said. “I'm so happy to feel this resurgence of nightlife and the world coming together again in large numbers. We've missed this so much; I have a feeling this summer is going to be madness.”

Sollors was spinning at PV Pride – outdoors, no less – from 4 a.m. to 8:30 a.m, for an after-hours event. He was at an open-air restaurant on top of a cliff, as the sun rose.

“That was a journey and, honestly, one of my favorite moments DJing, working with Fabrice and his amazing team was a dream,” he said. “I also was just in Nashville for the Outloud Festival, playing at the Virgin Hotel alongside Dom Brown, KC Ortiz and The Vixen, which was exceptional.”

“I always try to (be) grateful for life, (but last) June was tough in many ways,” he said. “I believe (last June) taught us all many valuable lessons about ourselves and our communities. I for one remained hopeful and never took my foot off the pedal. I just kept going, found ways to stay creative and expand. This allowed me to thrive within a time I was unable to work at something that makes up so much of who I am, at my core.”

Sollors will be particularly busy at the end of this month, with high-profile gigs in Chicago and Denver – and then back to PV.

He will be playing on the CircuitMOM House Stage on Sunday, June 27, at Pride In The Park, in Grant Park, alongside Derrick Carter, Lady D, Tiesto, Chaka Khan, Matt Suave and others. He also will be spinning at an after-party at the Virgin Hotel.

He will be at Denver Pride for the Triangle Block Party with Worthy, Calagna and Dom Brown.

He finishes off June on the 29th with Tattuesday XXL at its new home, Hydrate Nightclub, for his monthly residency. And then he's back to Puerto Vallarta for an event on June 30.

So, Karsten, how will you celebrate Pride Month?

“I will be celebrating Pride Month with an open heart,” he said. “I will be hugging all my friends. I'll also be reflecting on the injustice many LGBTQIA+ people have dealt with and fought to get past, and conspiring on ways to keep growing in depth of the experiences we as DJs/performers/promoters bring to the LGBTQIA+ community and the world stage at large.”

“Everything with the label has been really wild,” he said. “I'm so grateful (for) the response so far. I already have over 25 artists signed to the label and more demos coming in every day. The first EP I put out was my own track, with a remix by Midwest hitmakers Gettoblaster and it reached the No. 1 spot on Traxsource.”

In April, Sollors Systems released the very first EP from a new Chicago-based project, Basura Boyz, with their tune 'Lie Machine,' which reached No. 6 on the house releases chart on Beatport.

The compilation will be out June 25th.

“I wanted it to come out in June to showcase a diverse cast of talented individuals from all walks of life. I will continue doing these, and making sure they're not only inclusive, but also feature the wealth of talent coming from established artists and new comers whom I believe in,” Sollors said.

“This has truly been a labor of love and very rewarding,” Sollors said. “I've put out two drops of merch so far. The first was gold and silver rings I designed and manufactured, which had amazing response. The second drop was luxury streetwear, quality crewneck sweaters – 2 designs and 4 color (options). One of the designs actually sold out in 12 hours. The feedback has been melting my heart. I'm actually just putting the finishing touches on the next drop, which will be a collection of t-shirts.”

A bi-monthly Sollors Systems livestream presented by Sollors on Farris Wheel Recordings TV has launched. “I will be doing regular appearances, as well as featuring all the artists on the label,” he said. “This month we have Lex & Wood and myself on June 12th, then Caleb Dent B2B Dre Mendez, Sam Steele, KC Wray and myself on June 19th,” he said. “It's been really cool to put these together, to share the music with friends from around the world who might not be able to attend shows just yet.

“Livestreams (were not) on my radar before last year. They can be a lot of work, but I think they are going to play a part in the performance space going forward. I am looking forward to seeing how we can level up the human connection with these types of modalities. They definitely served a great purpose throughout the pandemic.”

Sollors just released a track on Farris Wheel Recordings titled 'Leopard Skin Dress,' which is a collaboration with Montreal-based Lex & Wood and currently sits in the Top 100 charts on beatport.