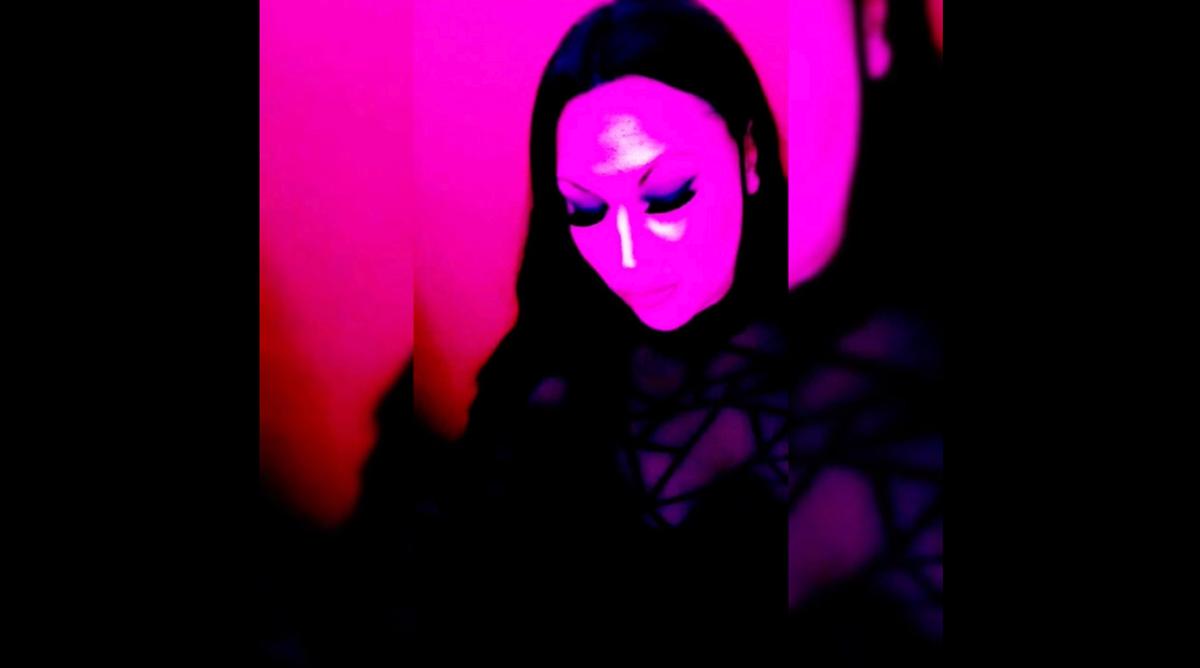 ‘Psychologically, spiritually and now medically I (am) on overdrive,’ says JDA

Chicago native JDA, a transwoman who grabbed national headlines 8 years ago appearing on American Idol (season 12), is back with a 5-song EP, releasing this spring.

The untitled EP will be available through Soundcloud and most music platforms, such as Spotify, Apple Music, and others.

“I’m so proud of myself – I can’t believe I wrote my own songs and produced my vocals and had the ideas. I dove into this project seriously came out on the other side with something tangible, finally!  I am so proud of that.  It’s only the beginning,” said JDA, a lifelong Chicagoan who jokes that her title could be ‘starving artist,’ though she truly is not starving.

“Why wait 8 years to put something out when now I am irrelevant? Well, to be honest, I wasn’t as ready as I thought. I had all the ideas and fire inside me before, but I was so damaged after my elimination. I was internally embarrassed.

“I would put on a fake-ass face and pretended to keep the dream alive, somehow, when all the while I was slowly breaking inside because I was ashamed. I was a half-man, half-woman loser reject on American Idol. I’m not saying there is anything wrong with androgyny. I love androgyny; that’s how I started my transitional journey and I support and love, love, love those who are. But I needed to make a change. All the while I’m being praised, now I need to address my gender crisis and identity seriously.”

Her transition dates to August 2013, when she took her first HRT shot to become a woman, “something I never dreamed I would have the courage to do,” she said. “But this is who I am. I had to deal with all that comes with transitioning: my emotions always running high and (that the) inside of the person who I was on the Idol stage to this new entity that now I must work on establishing to be the most passable woman I can be.

“Psychologically, spiritually and now medically I (am) on overdrive.”

Her music has been silent for more than five years. She performed around Pride in 2015, but then “gave up and turned my back on everything,” she said.

“I (have) redirected my focus on my transition and passing as a woman as much as possible and establishing my new life as this woman who I am, and I don’t want to have anything to do with who I was, who JDA on American idol was.

“I was riding on embarrassment. I was so hard on myself. I feel bad about it looking back in hindsight. I couldn’t even talk about it with my best friends. Everything was just so awkward and off. And God forbid my boyfriend (found) out. Which he knows now and loves me, but I had spent a few years dreading when he would find out and how he would react. He did and all was well. I beat myself up about nothing.

“And, oh my God. my former co-workers at my Macy’s Water Tower job in cosmetics finding out … A couple of nice guys approached me about it, and I cringed inside and politely turned them down as my knees buckled because I was so embarrassed. I feel like a broken record right now. And during my few years there, not once was it brought up to me again. I realized I had made my point loud and clear. It really sucked that I couldn’t embrace them and their admiration for me. Yes, if I could go back in time I would do it differently and give them the opportunity to embrace me.”

JDA added, “My walls were real and real high. And my spirit was broken, but supposedly resilient because now I’m hung up on my transition and I am this new person who has nothing to do with my past.”

JDA’s EP starts with a club banger, PsYcHeDeLiC. “This song, I wrote about the many burst of colors of my personality that reflect my temperaments, categorizing them as ‘silence, rage, heavenly, hell, space (and) restraint’ – the mirror images of my personality which paints my life. But that doesn’t define me. I use descriptions like an ocean-blue mirror paradise where I am at peace and centered within. Or a black-onyx-midnight sky to bare my soul and all of my demise, as I say in the lyrics, ‘… of times and energies spent on lies and people tryna-nah take my shine, I couldn’t deal with this over time, I made the changes to, to survive a psychedelic insanity, kaleidoscope of energy, burst of colors all over me painting my life for you to see ... love me, hate me, mirrors of me.’”

The second track is called, AWAY, and it too is a banger, she said.

“This song is about the gravitational pull away from toxicity in my life, relationships that no longer serve me, or I no longer serve them,” she said. “It takes two, and sometimes you need to make the difficult decision to remove yourself from the equation for the best of both parties.”

The third track is, ‘You Can’t Hear,’ which was her debut single out on Soundcloud. The song is a renewed, wise point of view about relationships reaching their lifespan or the doubt of whether they are truly for you or not. And it’s an incredibly sad place to be, to reflect on and how it’s no longer.  But that’s how the world turns sometimes,” JDA said.


The fourth song is, Best Face. “If this song doesn’t unlock the cage to my heart, to let you in real quick to understand why I suppressed myself, I don’t know what does.

“It’s written as an I’m sorry love letter to me, to my child inside who for all of my life has hurt so much because of ridicule and oppression. So much psychological pain harbored and suppressed, never having the bravery to shine light on it until I realized that it was keeping me from doing anything to move forward. So, I fought for this new-found pride and love for myself I have come to discover. This is all that I can wrap myself around now that inspires me a ‘best face’ forward.”

Other than music, JDA said she has been living a very lowkey life, discovering her womanhood, wrestling with personal issues and building herself up, elevating her spirituality to prepare for this moment.

“The pandemic, along with the isolation and distance between human interaction, I feel I had no other choice but to curl up within myself and really wrestle with the skeletons in my closet, and organize my thoughts,” JDA said. “I needed to eject my traumas, cry them out and repeat over and over until I exhausted myself and have nothing else inside me. I knew I needed to do this to be in the clear, on the other side.

“Right now, my focus is building myself up, to inspire future opportunities.”

When asked about Idol, JDA said it was a “blast” as she got to “bask in the 15-minutes of fame.”

“The experience was unforgettable, and I was left wanting more. I met wonderful souls who I keep in touch with. I will always be grateful to the universe for gifting me this opportunity,” she said.

JDA said she doesn’t watch Idol anymore, partially because she didn’t advance further during her season. “I had so much to offer but was given the boot. So I booted them as well,” she said, laughing.

“JDA today is ready. JDA today is true to herself. She’s not a coward anymore with herself. She stands proud and speaks about her past like nothing. Like I said earlier, I never thought I’d see the day I’d be on the other side. And I have my music now to share and to inspire.  Before I couldn’t say that.”

JDA said the EP has been an expensive adventure, but worth every penny.

After all, her focus now is to reintroduce herself and get her music out there for all to hear.