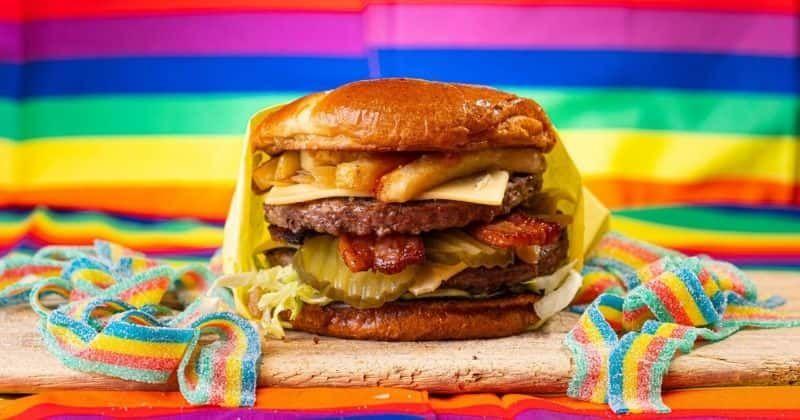 What started out as a joke by YouTube influencer and prankster Elijah Daniel has since gone viral and is now a real thing - raising funds for LGBTQ homeless youth in Los Angeles.

“Gay Burger came along as a joke inspired by MrBeast Burger as a creative new way to raise money and help out small restaurants,” Daniel told Tubefilter. “It was originally a joke where I just yelled, ‘I WANT A GAY BURGER CHAIN’ out of nowhere.”

Much like MrBeast, Gay Burger is a delivery-only, fast-food chain specializing in hamburgers.

The demand for the burgers has skyrocketed since Tuesday, February 9, when they were released. Those interested in trying out Gay Burger can order from ghost kitchens in Los Angeles, New York City, and San Fransisco via DoorDash, Postmates and GrubHub.

Daniel is donating all proceeds from Gay Burger to the Los Angeles LGBT Center to benefit youth experiencing homelessness. The donations will be handled by his nonprofit organization, Cult for Good.