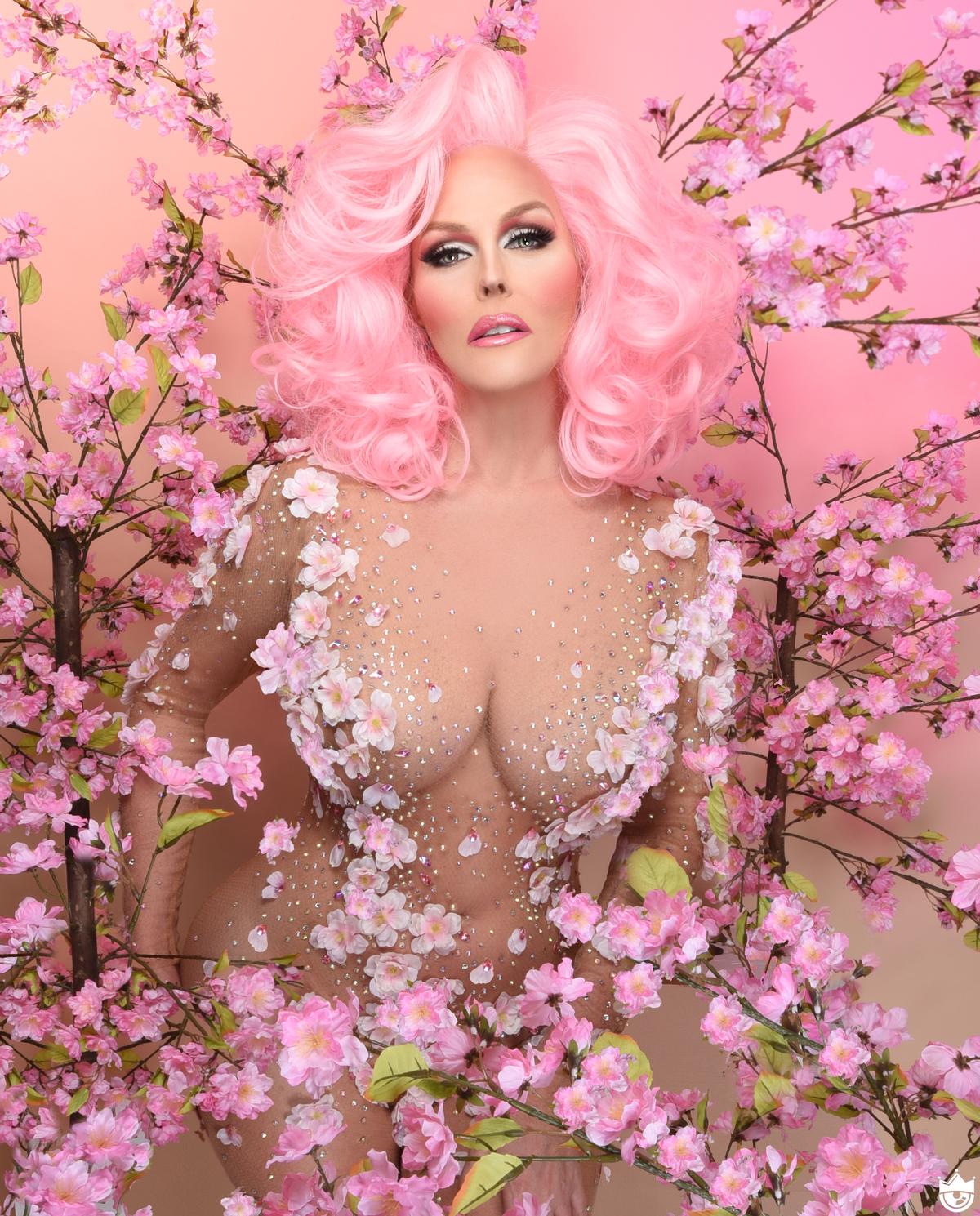 Mimi Marks had only been doing drag for a few months when she walked into The Old Dutch Mill that night, 35 years ago in Iowa, to compete for the Ms. Waterloo crown.

“At that time, it was merely just for fun. I was dying to get into girls' clothes. I was already (performing) in theater and dance clubs, so drag was an extension of both,” Marks said. “My evening gown was made of bright green upholstery fabric and I did Liza Minnelli for talent.”

She admittedly had “no idea” how she'd do, if she'd win, or even what responses she'd get.

Marks won in Waterloo, launching a drag legacy that is long rooted in Chicago. After all, she's called Chicago home for the past 30 years – with countless worldwide performances to boast and a mantle-full of awards.

“Never in my wildest dreams did I think my career would take me to the places I've been or meet the people I've met. As a child I was told to pick a career that I loved … well, I did,” said Marks, who celebrates her 54th birthday on Feb. 11. “Performing has always been my livelihood, but more so, something I love to do.”

That's why 2020 was “super challenging” for Marks and entertainers worldwide. “Performing into a computer or your phone in your living room (does) not have the same feeling,” she said. “I also miss traveling. Most of the time I traveled for work, but I knew I was going to perform with my friends and sisters across the country. So, for that reason, I really miss traveling … I miss my girls.”

And so many around the country, er, around the world missed Marks last year. She is, after all, an icon in the industry.

Mimi Marks was the 1992 Miss Continental winner, the 2004 World's Most Beautiful Transsexual Pageant winner and the 2005 Miss International Queen (in Thailand). That's just a sampling of her accolades.

“I've met and performed for so many fabulous people … a highlight was doing (the song) Vogue for Madonna at The Baton Show Lounge,” she said. “I have so many fabulous memories, 30-plus years of memories!”

Mimi Marks was a fixture at Chicago's Baton, and she credits the Baton's founder and owner, Jim Flint, as “one of the most influential persons in my life.”

“He gave me the opportunity to grow into the woman and entertainer I am today. It was 25 years of my life. I grew up in that club. I will always have a special place in my heart for The Baton,” Marks said.

She said that winning Miss Continental gave her countless opportunities, not just on stage.

“I learned how to be professional and on time, always look and act the part,” she said.

Marks, who lives in Chicago's Uptown neighborhood, was working pre-pandemic at Hydrate Nightclub for Beauties and Beaus, at Lips Chicago hosting the Sunday Night Showstopper Show, at Splash Chicago for several different shows, and more.

“I've had many ups and downs over the last 10 months,” Marks admitted. “I started off not even imagining being able to be off-work for a month or two, as they stated at first. Now, 10 months later, I've definitely had some low points! But I'm doing OK for the most part.

“I'm hoping to get back on a stage very soon.”

Marks said that Chicago has “some amazing” drag performers, including some relative newcomers.

“It's fun to see how far drag has come. It's a colorful life,” said Marks, who acknowledged two of her best friends: Kim Cleveland and Chevette Weathersby. “Kim has done my hair and makeup for every major event or pageant I've done in my life. And they both have created and made/sewn/put together hundreds of looks and costumes over the years. I literally couldn't have done it without either of them.

“All my sisters are amazing performers ...I enjoy and love them all.”

Marks added: “I hope everyone is staying safe. It's been a rough year and we probably still have some rough days ahead. But if everyone does their part, we can all get back to our regularly-scheduled programming.”

For Mimi Marks, that means: “I love being a showgirl.”