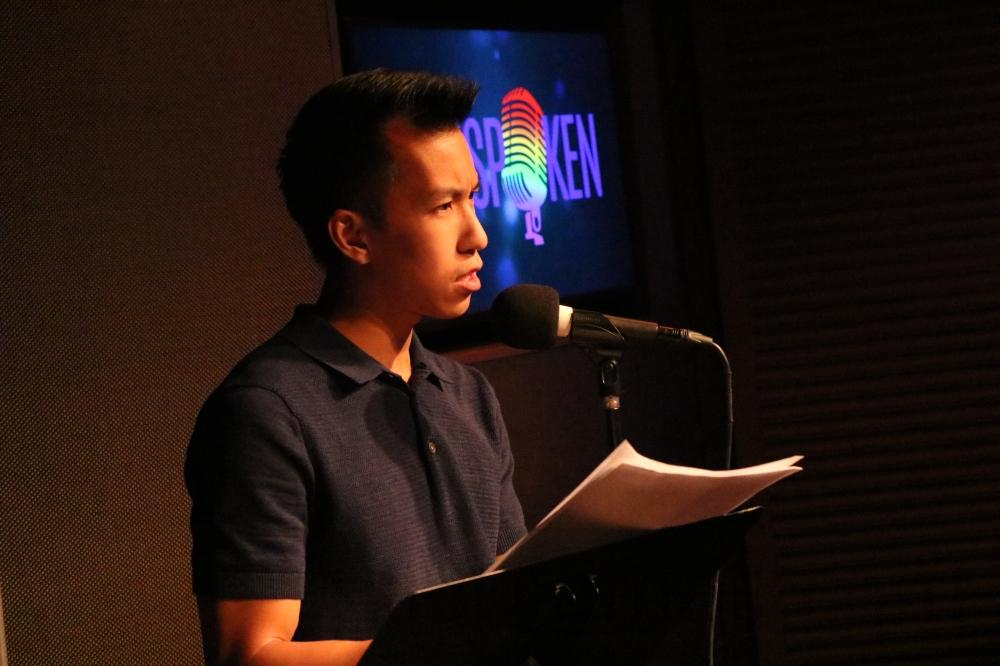 OUTspoken, the monthly LGBTQ+ storytelling series held at Sidetrack, is back and ready to launch into its seventh year – but via Zoom.

Four storytellers will take to the virtual stage to share their stories: Channyn Lynn Parker, Janet Anne, Shane Hendrix, and Mae Flores. This Zoom OUTspoken will be hosted by Kim L. Hunt and David Fink, and the show is curated by current OUTspoken curator and Moth Grand Slam Winner Archy Jamjun.

OUTspoken was last held in March at the Boystown bar.

“When we started (OUTspoken) 7 years ago, I don't think anyone had any idea of what we would be creating,” said Sidetrack general manager Brad Balof. “OUTspoken is one of my favorite nights of the month and I have cherished getting to hear so many wonderful stories from diverse people with diverse experiences. At the center of each story is a human emotion that everyone in the room can connect to on some level.

“There (have been) so many great stories that stand out (over the past six years). One of the most memorable was a story told at one of our allies-shows where a friend was the caretaker for her best friend who was dying of AIDS. There is a specific moment in that story that I will never forget. It simultaneously made me laugh, gave me chills, and made me cry at the same time.”

OUTspoken stories from the past six years are now featured in the hit new podcast: On the Mic: OUTspoken LGBTQ+ Storytelling at Sidetrack. The podcast can be found wherever you find your podcasts and is produced by Devlyn Camp.

Balof said the special Zoom OUTspoken has been cut to only four storytellers “to keep the focus sharp and the event to around an hour.”

There is a limit of 500 people who can watch via Zoom. Audience members are encouraged to RSVP “going” on the event page https://gopride.com/Zf7t and the Zoom event password will be shared on the event page 24 hours prior to the event.

Balof said the OUTspoken team will meet after the Zoom session – no doubt virtually – to assess how it went and determine OUTspoken plans for September and beyond.

And when OUTspoken returns live, Jamjun admitted “I will probably be in tears at some point.”

Jamjun added: “When I think of OUTspoken, I think of a room full of love. A place where people are sometimes putting the more difficult parts of their hearts and soul on the table and our audience always show them so much love. As far as the work I do, I have gotten a lot better at keeping track of emails.”

Jamjun confirmed a second OUTspoken will be held on Friday, August 7, which was supposed to be at The Beverly Arts Center, but now also will be virtual.

People can go to The Beverly Arts Center website for info on attending. Kim Hunt and Jamjun are both telling stories, along with two OUTspoken alum and two newbies, including the first under-21 storyteller.

“There are always stories that make me so proud to be part of this team, but personally, my favorite memory from last year was when we featured three Asian Americans in one show,” Jamjun said. “Having three white people in one show doesn't stand out and feels quite normal, but it was the first time I was able (to) represent Asian Americans in that way ... you know, normal. And that was particularly meaningful for me because, almost 20 years ago when I was first coming out and going to Boystown, I often felt invisible or fetishized.”