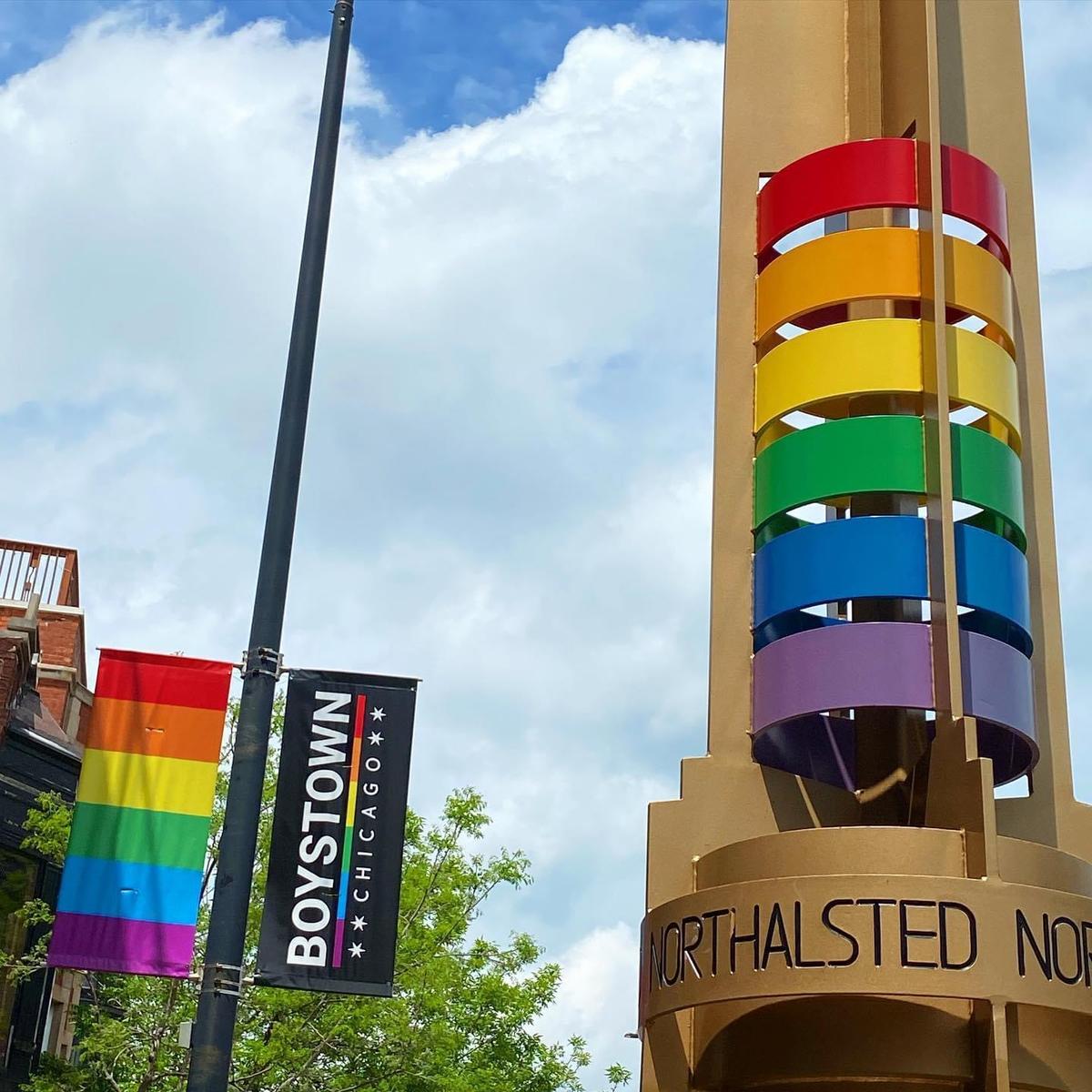 photo credit // facebook/northalsted
A new petition with more than 600 signatures is calling for a change in name of Chicago's Boystown neighborhood, claiming it encourages systemic transphobia, racism and sexism. The Change.org petition was created by local activist Devlyn Camp, who explained other LGBTQ neighborhoods such as Castro, Greenwich Village and West Hollywood are typically welcoming to all intersections of queer identity. Camp said Boystown is the only gendered nickname.

“We submit this petition for the Northalsted Business Alliance to simply follow other LGBTQ neighborhoods across the world by marketing the area based on its location, North Halsted, not the majority gender of those people who sit on its board,” Camp states in the petition.

Lucy Stoole, a member of the new Chicago Black Drag Council, floated the idea of a name change during a recent town hall addressing racism in Boystown.

“We have to take some steps forward to make sure we have a more inclusive and diverse Boystown or 'Queerstown' — whatever you would like to call it,” Stoole said at the time.

In 1997, the city of Chicago under Mayor Richard M. Daley recognized the Boystown neighborhood an “official gay village” – the first of its kind in the United States. A year later, the city dedicated 25-foot bronze pylons with the colors of the pride flag.

Other than using “Boystown” in marketing materials and branding, Northalsted Business Alliance - the neighborhood's chamber of commerce - has little control over the official name of the predominantly LGBTQ neighborhood and entertainment district.

A spokeswoman for Northalsted Business Alliance provided a statement to GoPride.com: “The Northalsted Business Alliance Board will meet this week. While this topic will be an important part of the discussions it is unlikely that there will be full clarity on changing the Boystown brand from this first conversation. Over the coming months, we will engage our businesses and the neighborhood at-large in the process of how to move ahead as an inclusive and welcoming neighborhood for all.”