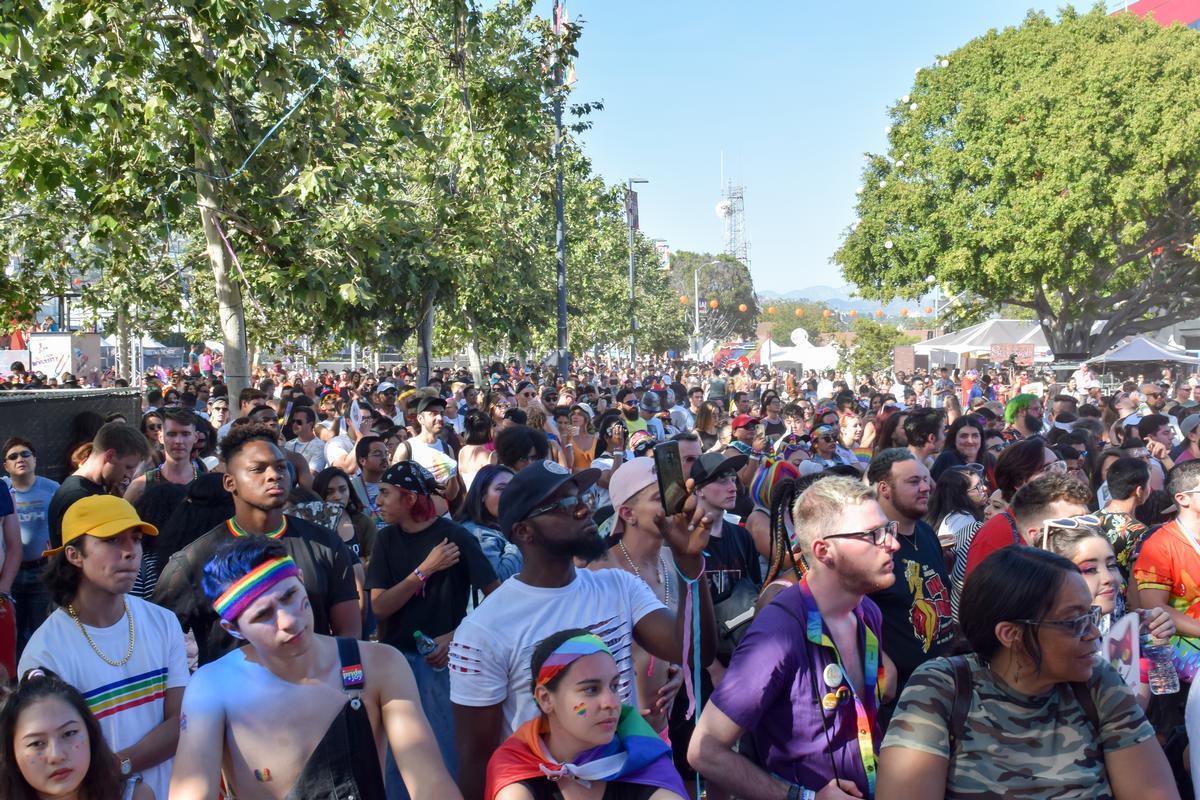 Christopher Street West, the organization that produces LA Pride, has dropped plans for a “solidarity protest march” after criticism for seeking a police permit to hold the event.

Last week the group announced plans for the march, to be held June 14 in place of the city's annual LGBTQ Pride parade.

On Monday, the board posted a statement on social media saying a march would happen on June 14, but without the involvement of Christopher Street West.

The group also said permits had been withdrawn and there would be no involvement from the police.

All Black Lives Matter, an advisory board of Black LGBTQ activists and community leaders, announced a protest “in direct response to racial injustice, systemic racism, and all forms of oppression” for 10 a.m. on June 14 in West Hollywood.

“We are here to amplify Black Queer voices and come together in solidarity. Endorsed by BLM-LA and the Black Advisory Board, the All Black Lives Matter solidarity march aims to bring the community together to peacefully exercise our First Amendment rights and heal together,” read a statement from the group. “Out of recognition and respect to the years of work and action of Black LGBTQ+ leadership and community organizers, Christopher Street West and LA Pride will no longer co-organize the All Black Lives Matter march. However, they are in full support and stand unapologetically in solidarity with efforts to dismantle racial justice, systemic oppression, institutional barriers, police brutality and discrimination of all kinds.”

LA Pride festivities were canceled in May due to the coronavirus pandemic.

Protesting police brutality and demands for equality were at the heart of the Stonewall riots, which propelled the LGBTQ rights movement in the U.S. in 1969.