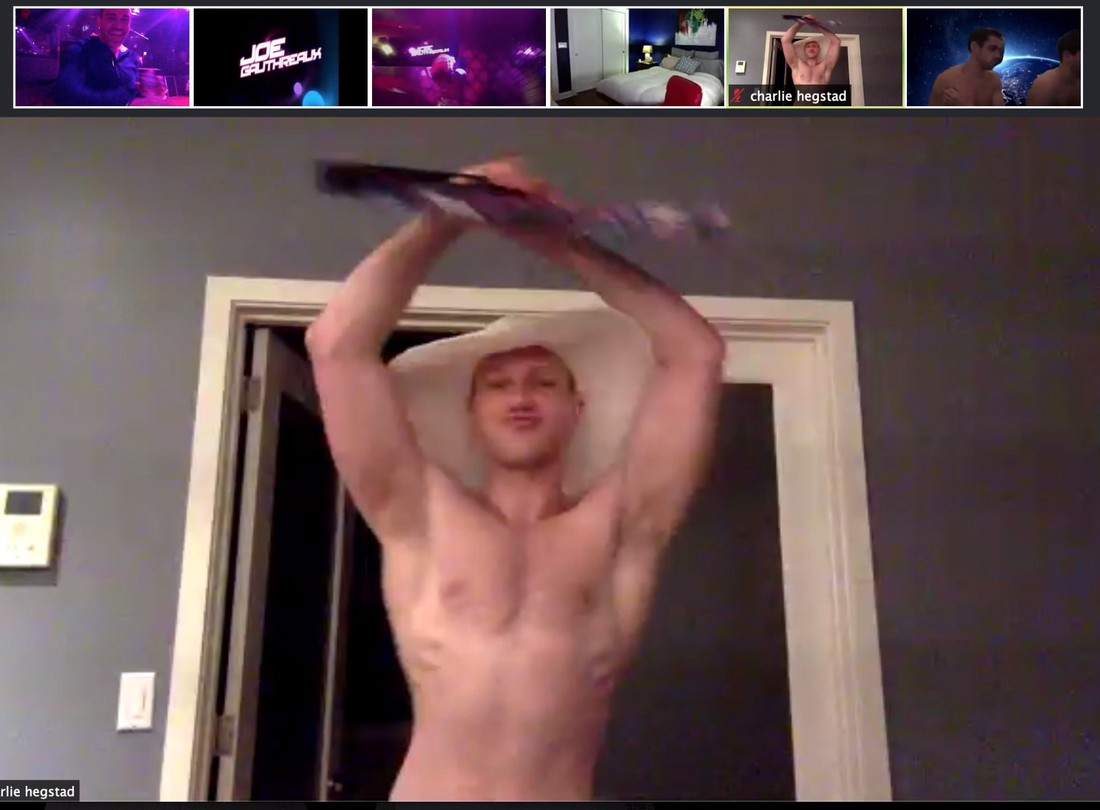 More than $10,000 was raised at the Quarankiki virtual dance party, held Saturday, March 21, to benefit the employees of Chicago's Hydrate Nightclub and Elixir, both owned by LKH Management.

Donations came from across the U.S., including Atlanta, Los Angeles, New York, Idaho and elsewhere, and viewers watched the streaming festivities from as far away as Tel Aviv and Brazil.

At one point in the 2 ½-hour event, more than 800 people were logged in to the Zoom stream.

"Words cannot express," the success of Quarankiki, said Brad Gebbia, Hydrate manager. "It was emotional, nerve-wreaking and full of energy. (Though) it was an online event, it really felt like everyone was inside Hydrate for another amazing Saturday night, (not) at home.

"I think (the event) completely exceeded our expectations. I don't think any of us expected the (online) turn out (or) the amount raised."

Quarankiki featured DJs Cindel, Joe Gauthreaux, Nina Flowers and Dan Slaters – and also some go-go dancers. Gauthreaux was at The Heretic in Atlanta, which donated $1,000.

The four DJs "have been Hydrate residents and staples for some time. I was very happy they were able to be a part of this (event)," Gebbia said.

Gebbia admitted that they "we were not prepared for the amount of people who logged in," but that will change in their next virtual online dance party.

"My best memories (were) the amount of familiar faces I saw on the computer screen," Gebbia said. "Our staff, regulars, friends and family. A lot (of people) who normally would be in the club on (Saturday) night (instead) logged in and were there (virtually)."

Another highlight, he said, was the amount of people who logged in from around the world.

"We will be doing this again," Gebbia confirmed. "We will tweak a few things here and there to make it bigger and better ...and maybe even incorporate a virtual drag show."

Gebbia, who has worked at Hydrate for 13 years, was at Hydrate with the management team and performers during Quarankiki, making sure everything ran smoothly.

"This (event) showed me what a community is supposed to do – be there for one another," he said. "It should not always have to be under these circumstances, but always be there for each other as a community, as a whole. It meant the world to see other bars show up on the feed, (such as) Sidetrack.

"Our regular patrons really (came) together (to) show the staff how much they appreciate them. I really was at a loss for words."

"I am full of so much appreciation and love; we really thank everyone," who logged in and donated, Gebbia said.