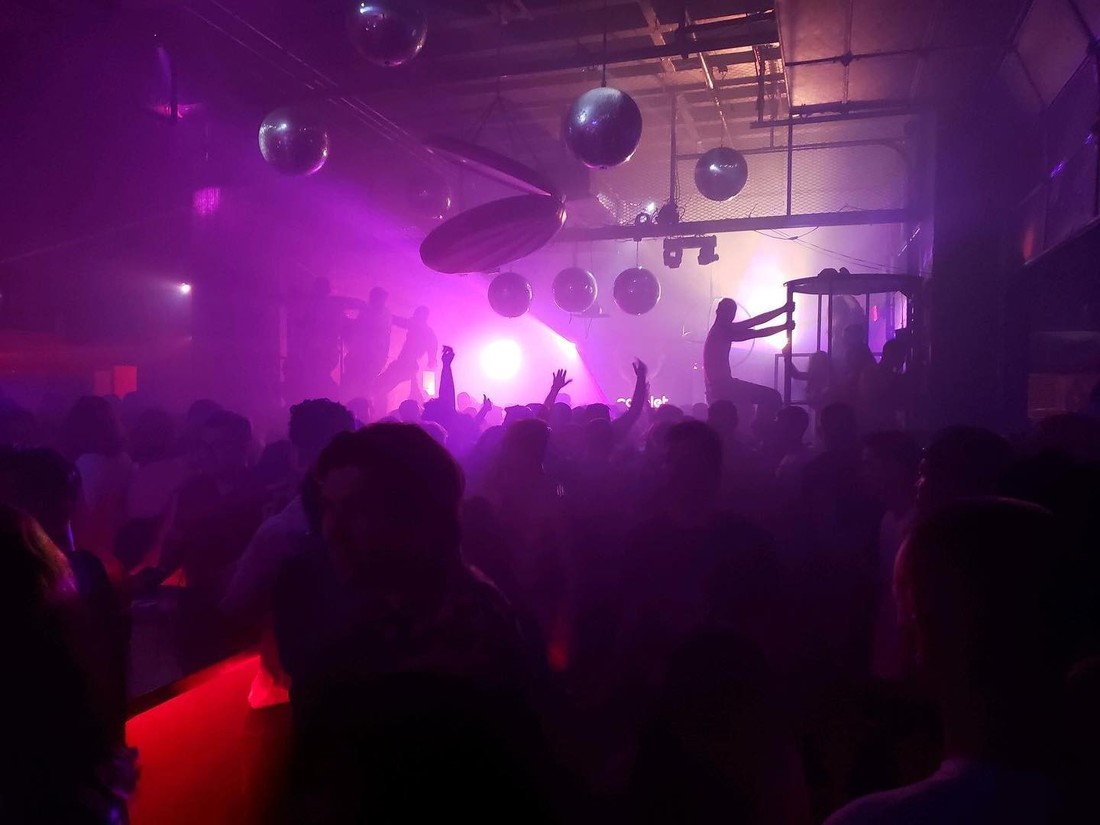 Robbie Baldwin has spent his whole career in the food and beverage industry, from a bar back to an operations manager. He's 36 and had a long, successful run in Chicago's LGBT community with time working at Cocktail, Gentry, Scarlet, Taverna 750, Out in the Park and Chicago PrideFest.

In 2015, Baldwin moved to Hawaii, his long preferred vacation spot and the location where he dreamed of retiring.

He now lives the aloha life in paradise – working a quick 10 or 15 minute Uber ride from the sands of Waikiki Beach. Baldwin is the operations manager/owner of Scarlet Honolulu, which opened in 2015.

"When I was on vacation here I noticed a lack of nightlife (and) Honolulu is a pretty international city that we felt could sustain a large nightclub," he said.

Scarlet Honolulu, spanning 9,000 square-feet, features three distinct bars a la Sidetrack in Chicago. Scarlet Honolulu, with 70 employees, is Hawaii's largest nightclub, featuring The Lounge, The Club and The Tiki Bar – all connected under one roof. Scarlet Honolulu is only open Fridays and Saturdays, from 8 p.m. to 2 a.m., and has a full drag show at 10 p.m. on the Pineapple Stage, including queens from RuPaul's Drag Race. Scarlet Honolulu has multiple dance floors with a different DJ in each and has received multiple awards for "Best Nightclub."

"I think our size surprises people and the fact there's such a large night club in Hawaii," Baldwin said. "The energy of Scarlet really gets people. It's wall to wall with people dancing, performers and go-go boys everywhere. People typically spend their whole night with us."

Scarlet Honolulu has certainly tapped into the local LGBT community, as well as strong support from women, military and tourists.

"Our drag shows are pretty well-known, (as) our girls tour the other islands (and) the west coast frequently, which I love to see," said Baldwin, who spends his weekdays booking talent to appear, as well as marketing. He oversees operations on the weekends.

"Chicago is very competitive, so (that experience) definitely helped prepare me to take on such a large project here. My work on the Waveland Stage at Chicago Pride and the Dance Pavilion at Milwaukee Pride taught me larger scale production which we now do weekly here at Scarlet Honolulu."

And, he added, "There (have) been talks of branching out into other markets."

One area Scarlet Honolulu definitely is growing is, its section of their sculpted go-go boys, which truly are a reflection of Hawaii's diversity. "We have go-go boys of all races, as well as transgendered go-gos. It's not uncommon to also see our drag queens up on the go-go stages."

Baldwin said "there is (now) no official relationship anymore," between Scarlet Honolulu and Scarlet Chicago.

Vodka-mixed drinks are the most popular at Scarlet Honolulu, he said, adding that there is strong demand also for Heineken and Crown Royal.

"We took a big risk not being in Waikiki, which is the tourist capital here," Baldwin said. "We looked at some Waikiki real estate and quickly found out it's in the top-tier of real estate costs in the world. It wasn't going to be possible to open (in Waikiki), so we went downtown (Honolulu) and gave it a shot. Luckily it worked out."

Scarlet Honolulu has strong Facebook marketing campaigns to target tourists and it also gets strong recommendations from Waikiki hotels. Plus, the RPDR queens have large social media followings, so when the post about Scarlet Honolulu, it certainly helps.

Scarlet Honolulu has been very popular with Japanese and Australian tourists, Baldwin said.

Scarlet Honolulu has two major, international LGBT events in October. First, Gay Bowl XX will be held Oct. 8-11, featuring flag football teams, including some from Chicago, each battling for bragging rights of the pinnacle annual event from the National Gay Flag Football League (NGFFL). And, Honolulu Pride is Oct. 17.

For more about Scarlet Honolulu, go to: www.scarlethonolulu.com.