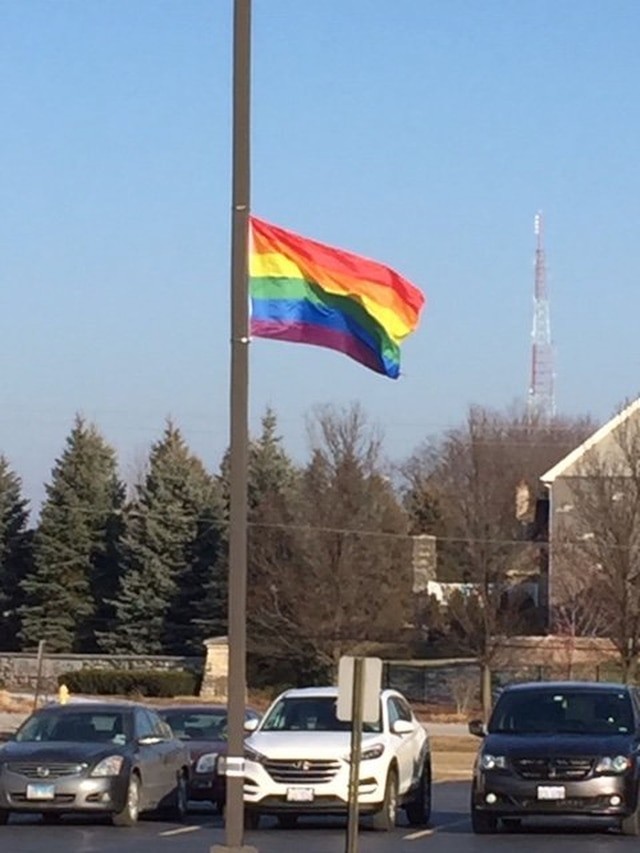 photo credit // cross of glory lutheran church
A church in Homer Glen has been the target of homophobic vandals.

The Chicago Tribune reports a pride flag has been stolen from a light pole outside the Cross of Glory Lutheran Church three times in recent weeks.

A security camera reportedly caught images of what appears to be two teenagers ripping the flag down.

Also last month, a homophobic slur was painted outside the church.

The southwest suburban church, which touts itself as being a welcoming place for all, says it'll continue flying the pride flag.

The Will County Sheriff's office is investigating the incidents.