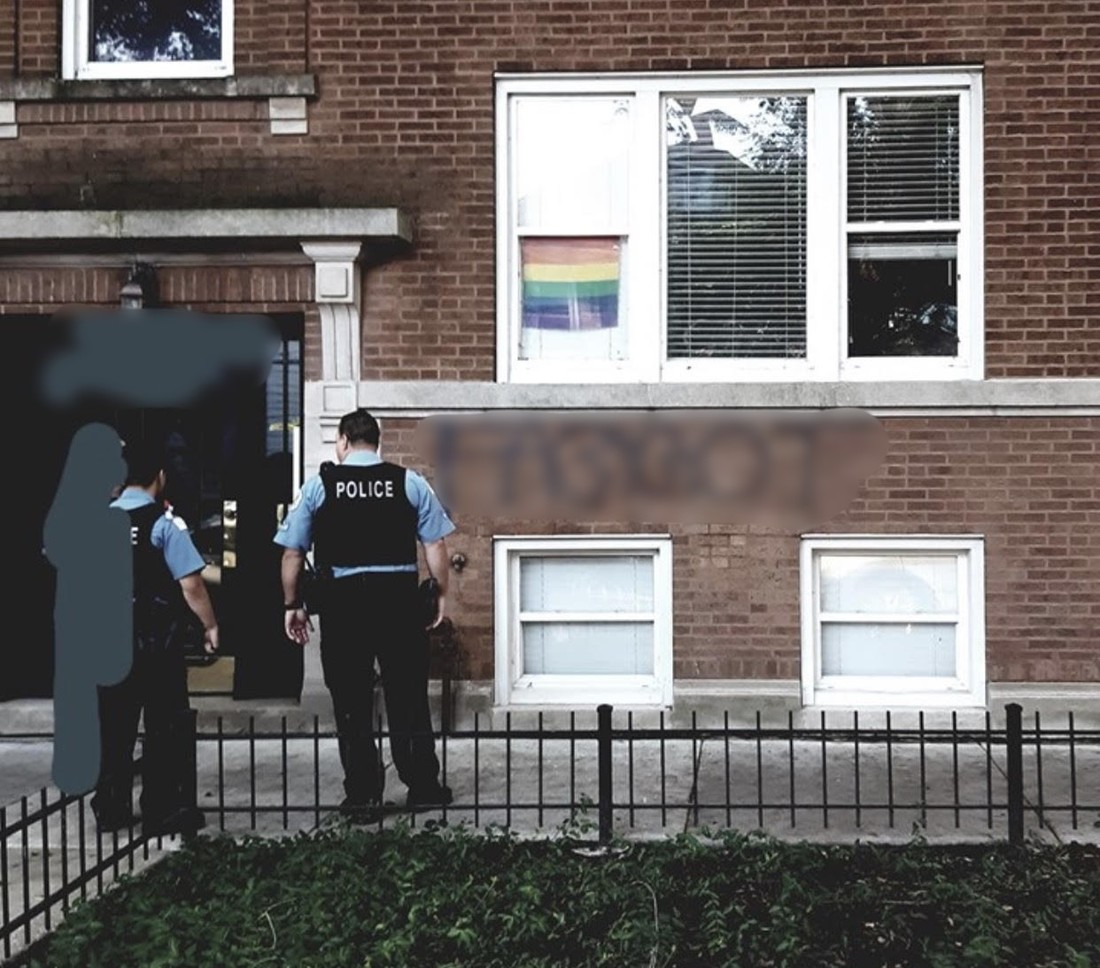 an edited image of the graffiti as posted to facebook

The derogatory word was spray-painted on a brick wall beneath a window where a rainbow flag is displayed on the 1400 block of West Arthur, CWBChicago.com first reported.

According to a police report the building was tagged sometime between 8 p.m. Tuesday and 7 a.m. Wednesday morning.

Police are investigating the anti-LGBTQ incident.

GoPride.com has reached out to 49th Ward Alderman Maria Hadden for comment.