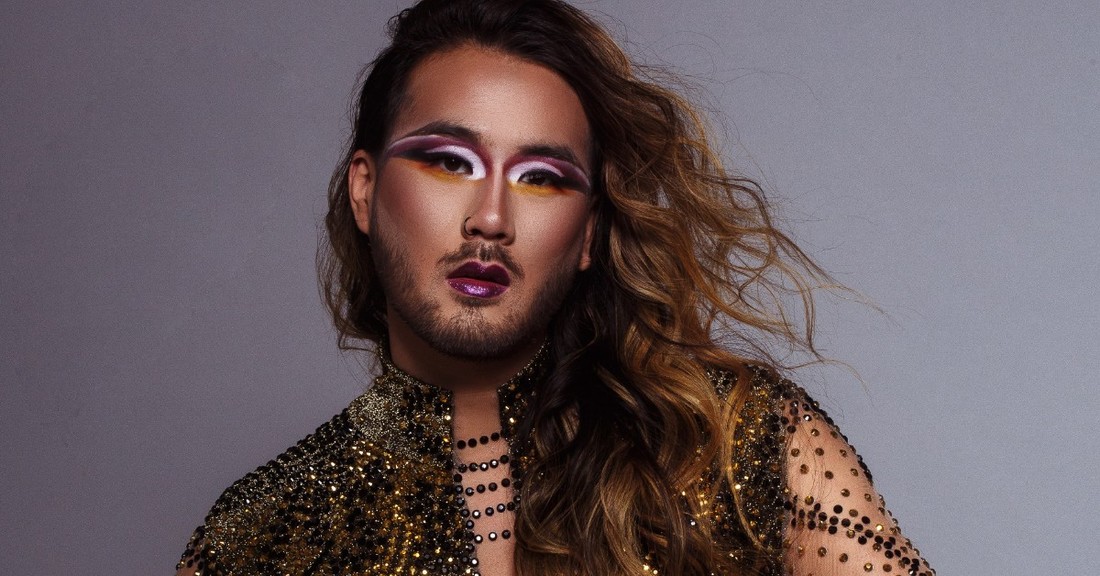 Alex Jenny won the 30th cycle of Crash Landing, one of the biggest drag competitions in Chicago – and the most-attended cycle in history.

Crash Landing is a three-round drag competition, hosted by Trannika Rex and Nico with startender Lucy Stoole, on the second and fourth Mondays of the month at Berlin Nightclub.

Jenny claimed her title on August 12.

"Crash Landing has turned out so many working drag artists, win or lose, so I knew that if I wanted to prove how serious I am taking this, this would be the stage to do it," Jenny said. "Doing Crash Landing was also my way of showing the other drag performers that I looked up to how much I truly respect them and this art form. I knew that I didn't want to start doing drag until I knew I could elevate myself to that level and Crash Landing was the perfect place to demonstrate that.

"T Rex has become such a powerhouse to this community and has created so many amazing opportunities for drag performers to showcase themselves, (so) making her proud has been such a humbling experience for me.

"It feels so surreal (to have won) because, as soon as I started doing drag, I began planning out my Crash Landing numbers. I knew I wanted to go into it prepared and with a specific vision. I planned for months: I reached out to my designer in March, choreographed a month ahead of time, edited a video to play on the screens, (and) reached out to everyone I followed on Instagram with a personal invite."

Jenny added: "It is immensely validating of my art to be recognized on this big of a platform and it's giving me permission to dream even bigger about where drag (can) take me and my community. Drag has completely changed my life. I've never worked for anything harder. I became a therapist to heal, but I became a drag queen to thrive. Drag also has given me a community of people that see, respect, celebrate, and uplift my womanhood. That is the gift that drag keeps giving that I absolutely cherish."

The Crash Landing winner receives $200, a booking at Drag Matinee, $200 worth of Sugarpill Cosmetics, $200 worth of Arda Wigs, and a wig styling by Wig Takeout.

For her first number, Jenny did a take on the 'I didn't come here to make friends' I came here to win' trope "because I wanted to take a confident stance and really internalize the spirit of a competition. I also think it's radical for a trans woman of color to step into her power and say, 'I'm here to win.'"

For the second round, the theme was puppets, "and I wanted to make sure I showed that I can be comedic," Jenny said. "Throughout my acting career, I've always played slapstick, comedic roles, so stepping into my Asian Auntie character felt really natural."

For her final number, Jenny performed with two other bearded drag performers, That Bitch and Javi Aya, "to highlight the beauty of bearded femmes," she said.

"Then for my last number, I performed to 'Queendom' by Aurora, which is this uplifting, epic LGBTQ anthem that really spoke to my spirit and what I'm trying to accomplish in queer nightlife. I want to build a Queendom that everyone has a home in. During the end of the number, I had my spouse, River Coello, come on stage to share a kiss with me to highlight femme4femme love and trans4trans love. My outfit was made by Sarah, who goes by @sadasews on Instagram. She's designed for queens that I really respect, (such as) Kat Sass, The Vixen, and Shea Coulee, so to have her agree to make this garment for me was an absolute honor."

What's next for Jenny:

"I promise to continue using whatever platform I have the honor and privilege to get to continue centering the healing and thriving of queer and trans people of color, and especially femmes," she said. "You all have a home in my queendom. I love everyone that I've met in this community so sincerely and I am so proud to be a part of this legacy."

Jenny's Drag Matinee date is September 14. Plus, she has a HIGHFEMME at Cerise at the Virgin Hotel on September 21.