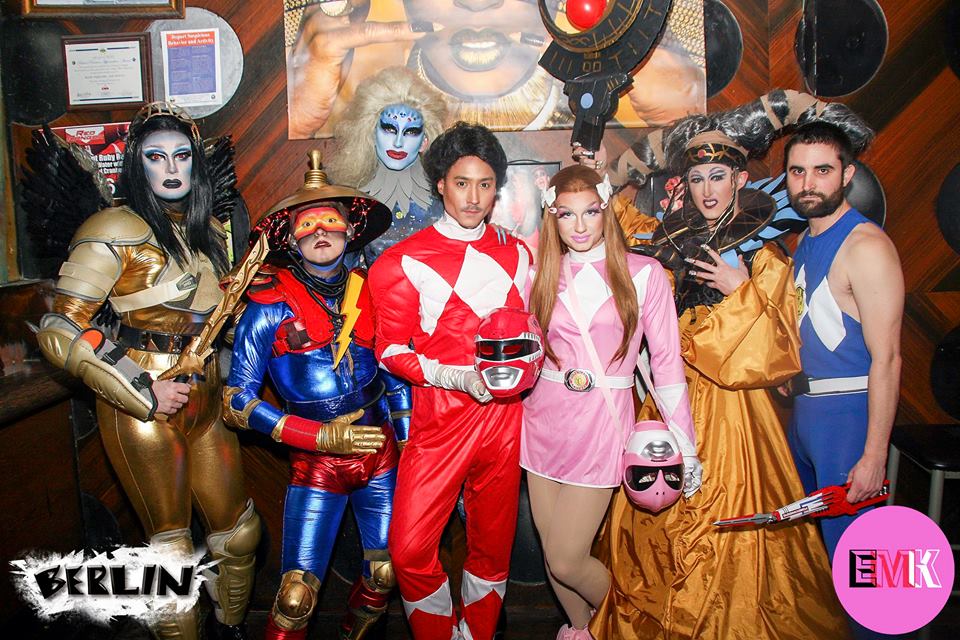 view the full gallery
Geekhaus will celebrate its third anniversary in August, saluting a special group of Chicago queer cosplayers who once a month at Berlin Nightclub gather for a non-profit show that provides a safe space for geeks from all walks of life and that is fully inclusive of the LGBTQIA+ spectrum.

Geekhaus also has taken its show on the road, a variety show spotlighting everything from drag to burlesque and beyond. Geeks from RuPaul's Drag Race (Dida Ritz, DaxExclaimationPoint) to Dragula stars (Erika Klash) to Camp Wanna Kiki players (Alexis Bevels) have joined the madness, along with a host of locally-based talented cosplayers.

"The cast (features) leaders in their field of performance, many with their own separate show, (such as) Connor Konz, who is an amazing improv artist and can be found at places like iO. Plus, Fox E Kim stands out in the saturated Chicago drag market with her Brunch show Pour Decisions at Eno Wine Bar, Jerfay runs a bearded drag show (Hairy Queen) at Hamburger Mary's in Andersonville, and Hot tawdry has an unbelievable burlesque show at the House of Blues," said Jo MaMa aka Joe Lewis, a member of GeekHaus Chicago, owner of Joe Lewis Creative and bartender at Berlin Nightclub.

Rosemary shares her work all over the world and locally at Kink It at Jackhammer. Alex Kay shines all over town and is an ASL interpreter who lends her services (in drag) to This Free Life events all over the country. Dizzy teaches kids in the circus arts, while Lucy Stoole is a phenomenal queen with shows all over town such as Fabitat (at Beauty Bar).

"Everyone brings something different to the table and together we make up quite the island of misfit toys," Lewis said.

"With GeekHaus being so inclusive and welcoming to everyone, an audience of every shade of skin and every gender identification (attends). Our core goal is always to just provide a safe space for geeks to meet, mingle and have fun. Our regular team up with DJ Greg Haus's Cosmix Fridays at Berlin Nightclub help make that possible.

"It would be nice for us to be the entertainment for major conventions, like (Wizard World) Comic Con (Chicago), and one major goal is to get us booked for a gig in Japan."

Geekhaus has grown in cast and audience over the years – and the random wackiness is always commonplace, such as the time a cosplayer popped out of a giant, inflatable Pickachu. Then there was the time in Iowa, at The Garden Nightclub during the Iowa Caucus, and someone interviewed Dr. Fox while she was in go-go boots.

"The Queer element that we bring really sets us apart because there still isn't a ton of representation out there yet in the cosplay world," said Lewis, who noted that trans non-binary and AFAB performers are regularly booked.

The Geekhaus theme for June, in conjunction with Pride Month, was Super Queer O's and it celebrated queer comic book characters and their allies, "hopefully inspiring everyone to find the hero within and shine as brightly as they can," Lewis said.

The next Geekhaus show is July 26, with special guest Erika Klash of Dragula fame. "We will be turning Berlin Nightclub into a Blockbuster video type of environment with a few more surprises," Lewis said. The anniversary on August 23 will be Sailor Moon themed.

"At the end of every show there's always that moment when I get to step back and feel my heart, knowing that all of our hard work paid off," Lewis said. "We couldn't do a lot of what we have created without the support of the geek community and from Berlin Nightclub ... and it means the world to me seeing it all work out."

For more information, go to: geekhauschicago.com.

On all social platforms, go to: @Geekhauschicago.