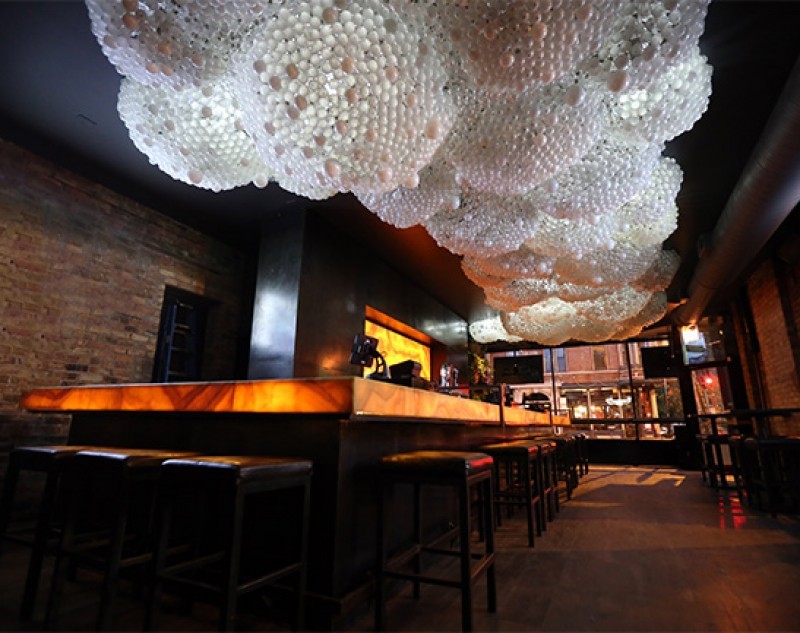 For a bar called Progress, critics say its views on race are anything but progressive

Hip-hop is getting a bad rap in Boystown after Progress Bar implemented a 'no rap' rule earlier this week.

In an email to club DJs and staff, that was leaked and shared on social media on Wednesday, bar management wrote, "We are changing up our format. Our goal is to promote a positive, happy energetic, upbeat and most importantly... a FUN vibe. Think DJ AM for 2019 - a super open format POP/DANCE focused atmosphere. We have implemented a NO RAP rule effective immediately.

"This is not a suggestion!! If you play RAP you will not be asked back.

"Anything vulgar, aggressive or considered mumble rap (including certain Cardi B tracks and newer Nicki Minaj) is off limits. If you are unsure if a song qualifies, assume it does and choose something else. Think KISSFM/B96 opposed to WGCI," the email continued.

"Just go on and say you don't want Black people at your bar and stop beating around the bush," wrote another person on Twitter.

Progress Bar posted a statement on Facebook. "As many have seen today, an email was leaked in regards to the direction we want to take the sound of ProgressBar," the post read. "Progress ownership wants to make it very clear that everyone is welcome here!!! We value our customers and respect. We are not the 1st bar to look into changing their sound, and we will not be the last."

The response only added to the controversy.

"Trust me, no one has to 'read too much' into your leaked email and haphazard PR statement to see that this is bigotry. The racial undertone is overwhelmingly obvious and palpable. You lost my support," someone responded on Facebook.

Another person wrote, "You're caught, found out, exposed. Now is the time to keep it real. That'll be more respected than this lie."

"They have catered to POC and done an amazing business with it for years? Why screw it up?", asked another person on Facebook. "They deserve to close and I bet they will. No 'apology' or firing of the person who did this will make a difference at this point."

Progress Bar has not responded to a request from GoPride.com for comment.

The policy was announced just days after a violent fight at Progress Bar. CWBChicago.com reported police closed off the dance floor and restroom early Sunday morning as crime scenes after a man suffered a cut to his face following an aggravated battery with a knife or "cutting instrument." 21-year-old Ismael Quinones was arrested for battery with intent to cause bodily harm, according to police.

"Progress Bar's ban on rap music is low hanging fruit and just another way of whispering 'no Blacks'. Rap music doesn't make people violent and banning it doesn't get to the root of the problem," social media consultant and writer Terrence Chappell told GoPride.com. "Instead of indirectly targeting a group of people, Progress should be working with community leaders, organizations and, the Northalsted Business Alliance on more sustainable solutions."

Weekend of trouble in Boystown

The long holiday weekend lead to one arrest and at least three people hospitalized in seperate incidents.

On Saturday night, police were called to a fight outside Progress Bar, 3359 N. Halsted. Officers arrived to find a man bleeding profusely. They determined the man struck the bar's window without provocation. He was was taken to Advocate Illinois Masonic Medical Center for treatment.

At 2:42 a.m. on Sunday, police responded to a fight inside Progress Bar. Officers separated two men who were fighting inside and summoned an ambulance to treat one who had suffered a cut to his face, according to CWBChicago.com. That man was transported to Advocate Illinois Masonic Medical Center.

Minutes later, officers responded to the 3300 block of N. Halsted to find a 29-year-old male bleeding from the face. The victim told police he and friends got into a verbal altercation with another group. The victim was treated and released from the Illinois Masonic. Police continue to investigate.

And at 2:55 a.m., at least five peopler were injured after an "enraged" man punched out the front window of Slade's Barbershop, 3314 N. Halsted.