Boystown to get rainbow crosswalks just in time for Pride 2019 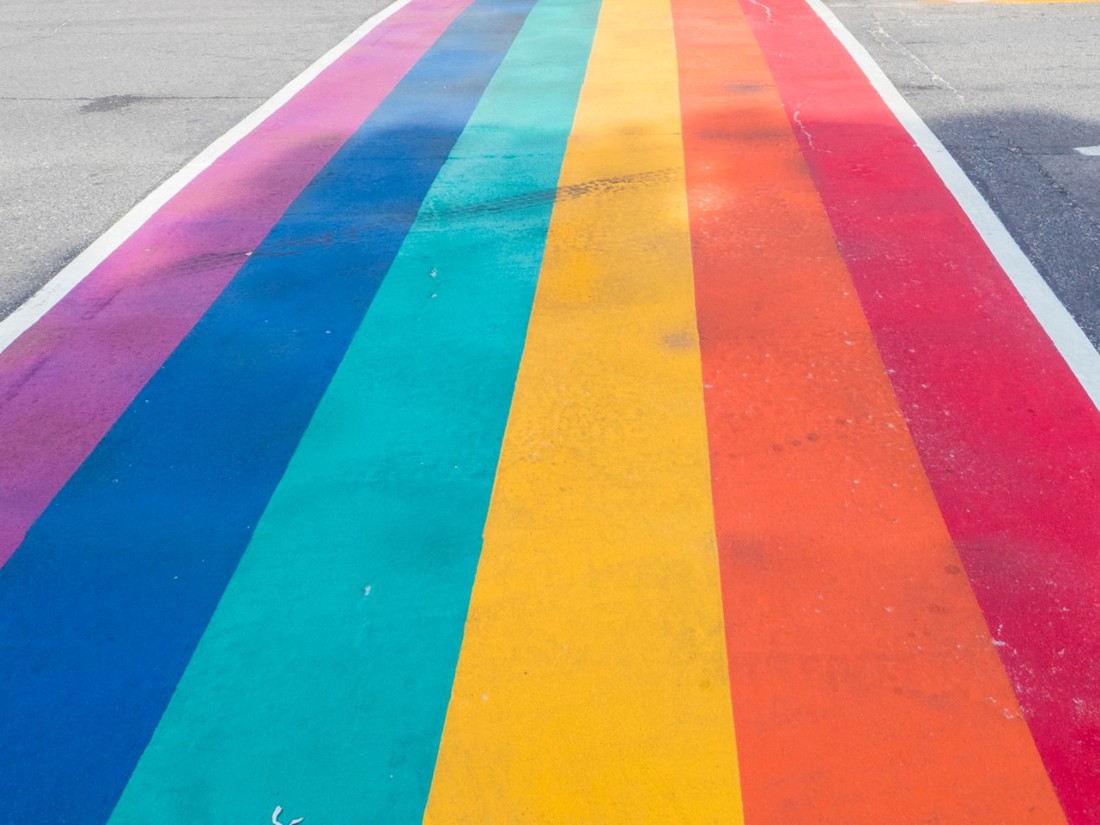 Chicago, IL - More than 100 North American cities have implemented rainbow crosswalks to commemorate their local LGBTQ communities and soon Chicago will be one of them.

The Northalsted Business Alliance is preparing to install 14 Pride-themed rainbow crosswalks on the one-mile stretch of North Halsted from Melrose north to Bradley, excluding Addison.

"As an internationally recognized and historic landmark neighborhood, Boystown has been a place of acceptance and diversity for decades. These crosswalks show our commitment to maintaining a thriving LGBTQ community," said Northalsted President Ramesh Ariyanayakam.

Thirteen of the crosswalks will feature the rainbow design that represents diversity and has become an inclusive symbol of the worldwide LGBTQ pride movement since the 1970's. The 14th crosswalk at Melrose will be dedicated to the transgender community with the inclusion of the blue, pink and white stripes found on the transgender flag. This crosswalk is south of the Howard Brown Health Center which features a wall mural that honors the queer and non-binary community.

The one-mile corridor of North Halsted is also home to the iconic rainbow pylons and bronze Legacy Project plaques known as the Legacy Walk. On Thursday, the Commission on Chicago Landmarks recommended landmark status for the Legacy installation.

"What the Chicago Landmarks Commission has done today matters. Make no mistake this, itself, will one day be recognized as part of LGBTQ history," Legacy Project Founder and Executive Director Victor Salvo told GoPride.com on Thursday. "I'm overwhelmed."

The 25-foot-tall pylons were designed and installed by architecture firm DeStefano+Partners as part of a series of streetscape projects under Mayor Richard M. Daley. They were officially dedicated in 1998. It was the first time a city government officially recognized an LGBTQ community.

Funds for the new rainbow crosswalks came from donations during Chicago Pride Fest and Northalsted Market Days celebrations, which are presented annually by the Northalsted Business Alliance.

The project has been in development since December 2018 with a partnership between the Northalsted Business Alliance, the Chicago Department of Transportation, and the 44th and 46th Wards.

"I fully support the Northalsted Business Alliance's efforts to install and maintain these crosswalks as a symbol and celebration of the LGBTQ community and its role in Lakeview's history," 44th Ward Alderman Tom Tunney told GoPride.com. "These crosswalks and the new landmark designation for the Rainbow Pylons and Legacy Walk further recognize and celebrate Chicago's LGBTQ communities and serve a critical role in raising the public visibility of LGBTQ lives."

Residents and visitors can expect to see the 14 colorful crosswalks beginning in June. The Halsted and Roscoe intersection should be complete by June 1 and the entire project by mid-June -- just in time for Pride.

The 50th annual Chicago Pride Parade steps off at noon on Sunday, June 30.