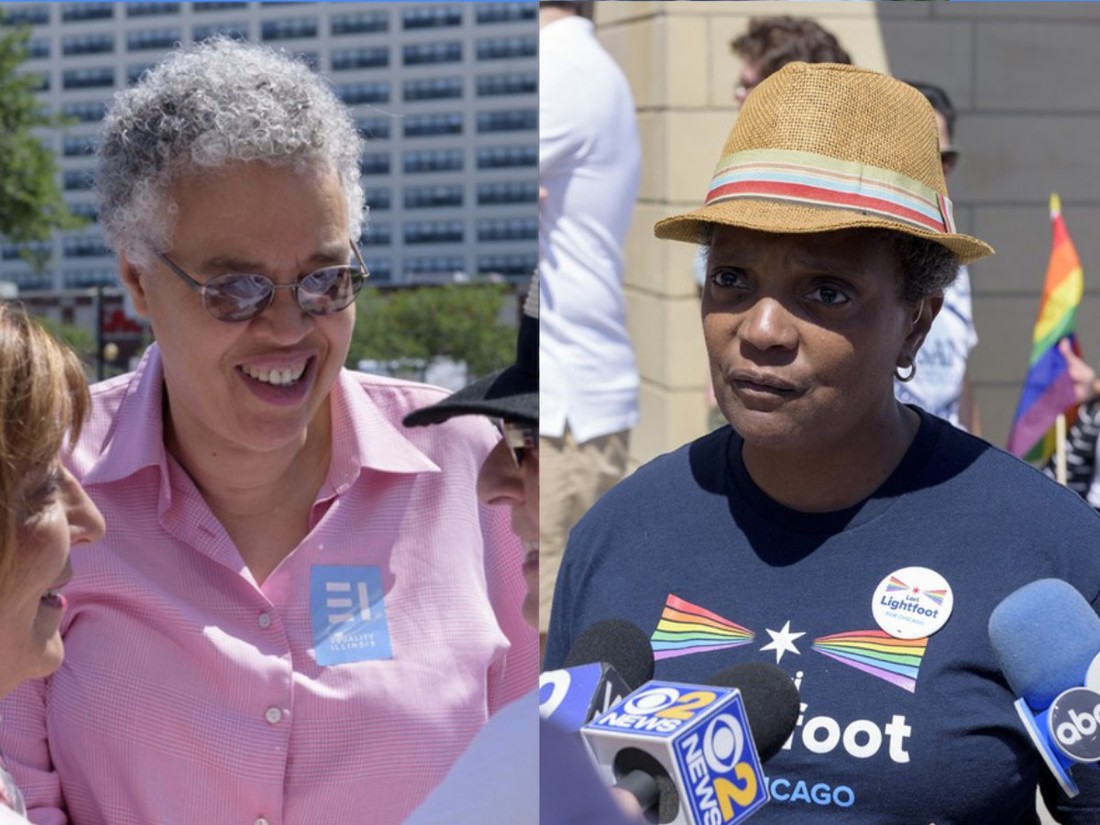 Chicago, IL - No matter who wins Tuesday's municipal election, Chicago will for the first time elect an African-American woman as its mayor.

The historic runoff pits Lori Lightfoot, 56, a former assistant US attorney who describes herself as "an out and proud black lesbian" ready to crush the Chicago machine against Toni Preckwinkle, 72, a political insider who heads the Cook County Board and chairs the Cook County Democratic Party.

Others in Lightfoot's camp are openly-gay Ald. Tom Tunney of the 44th Ward, who represents a majority of the Boystown neighborhood; and openly-lesbian Deb Mell of the 33rd.