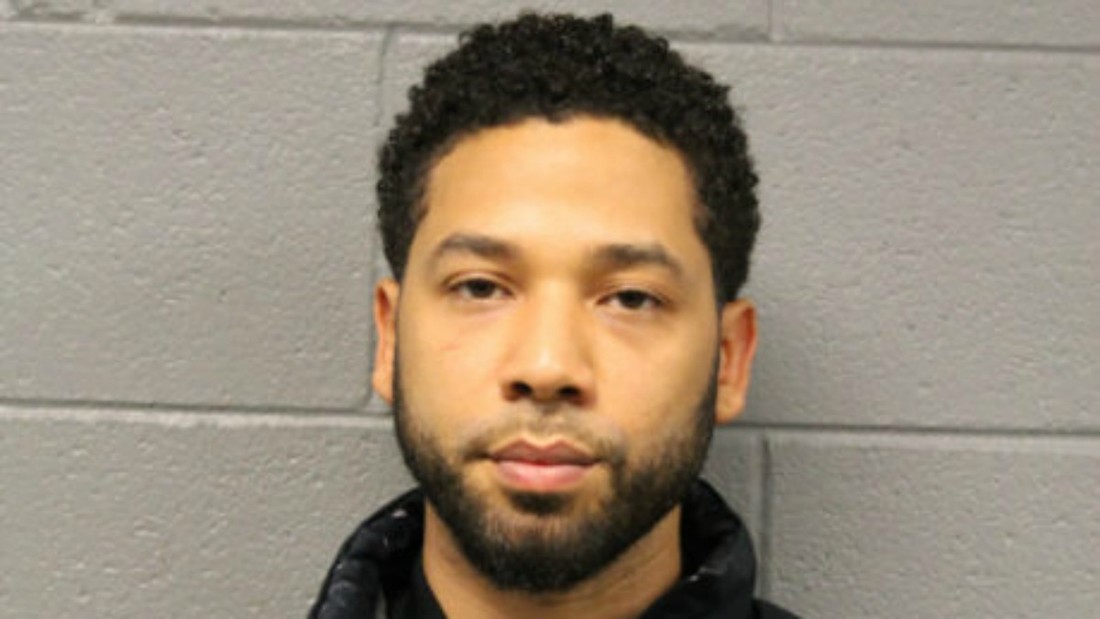 Chicago, IL - Chicago police on Thursday released a mugshot for "Empire" actor Jussie Smollett, who turned himself in to police hours earlier on a felony charge of disorderly conduct in filing a false police report.

Guglielmi tweeted, "Jussie Smollet is under arrest and in custody of detectives."

Smollett surrendered to authorities around 5 a.m. Thursday. He is expected to appear in bond court at 1:30 p.m. Thursday afternoon.

The police superintendent said Smollett sent a threatening letter to himself and paid two men $3,500 to stage the attack against him.

"This announcement today recognizes that 'Empire' actor Jussie Smolett took advantage of the pain and anger of racism to promote his career," Johnson said. "I'm left hanging my head and asking why. Why would anyone, especially an African American man, use the symbolism of a noose to make false accusations."

Johnson said Smollett staged the alleged attack because he was "dissatisfied with his salary."

When investigators figured out the real motive behind the attack, "quite frankly, it pissed everybody off," he added.

"Bogus police reports cause real harm," Johnson told reporters. "They do harm to every legitimate victim who is in need of support by police and investigators, as well as the citizens of this city."

"Chicago hosts one of the largest pride parades in the world, and we are proud of that as a police department and also as a city," he added. "We do not, nor will we ever, tolerate hate in our city. Whether that hate is based on an individual's sexual orientation, race or anything else."

A statement released Thursday morning by Chicago Mayor Rahm Emanuel read, "Chicago's message to the world is that no matter where you come from, who you love, or how you pray you will always have a home here. Our laws exist to reflect and defend those values, and hate crimes will never be tolerated. A single individual who put their perceived self-interest ahead of these shared principales will never trump Chicago's collective spirit."

Smollett, an openly gay African-American who plays a gay character on the Fox hit drama, told police that two men shouted racist and homophobic slurs, poured a liquid on him that smelled like bleach and put a rope around his neck during an attack on Jan. 29 in Chicago's Streeterville neighborhood.

In a supplemental interview with detectives, Smollett confirmed media reports that one of the attackers also shouted, "This is MAGA country," referring to the slogan "Make America Great Again."

President Trump tweeted about Smollett following the press conference. "@JussieSmollett - what about MAGA and the tens of millions of people you insulted with your racist and dangerous comments!? #MAGA"

In an interview with ABC's "Good Morning America" last week, Smollett said, "I'm an advocate. I respect too much the people — who I am now, one of those people — who have been attacked in any way. You do such a disservice when you lie about things like this."

If convicted, he faces up to three years in jail and could be ordered to pay for the cost of the investigation.

Related: Jussie Smollett in custody after being charged with felony disorderly conduct