360 Chicago holds a creative Day of the Dead event 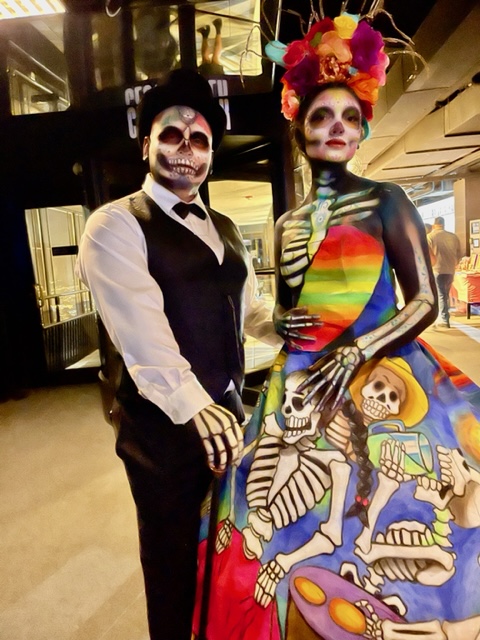 Ghosts were flying high in the sky on November 2, 2022, thanks to an event thrown by the creative team behind 360 Chicago. The Day of the Dead is a holiday celebrated on November 1 and 2 that is widely observed in Mexico. Traditions include the building of home altars, favorite foods of the departed and visiting gravesites with gifts.

Many Mexican residents live in the Windy City with a heavy concentration in neighborhoods such as Pilsen. This is depicted in the mural timeline at the entrance of 875 North Michigan Avenue, so it was fitting to make this part of the company's seasonal programming. 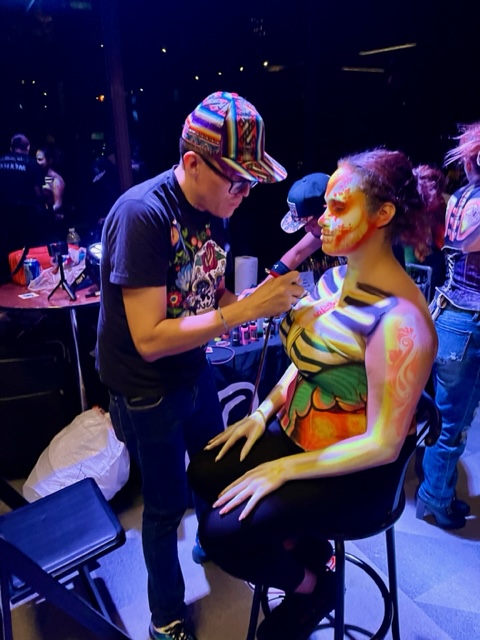 Guests walk through history that's shown as art on the walls of the massive building and then journey up to the 94th floor for the 360 Chicago Observation Deck. There was plenty of room to spread out and enjoy the festivities on the venue's spacious 94th floor.

Live music from a DJ and a band supported folk dancers who performed for the crowd as they entered the spiritual remembrance event at 7 p.m. 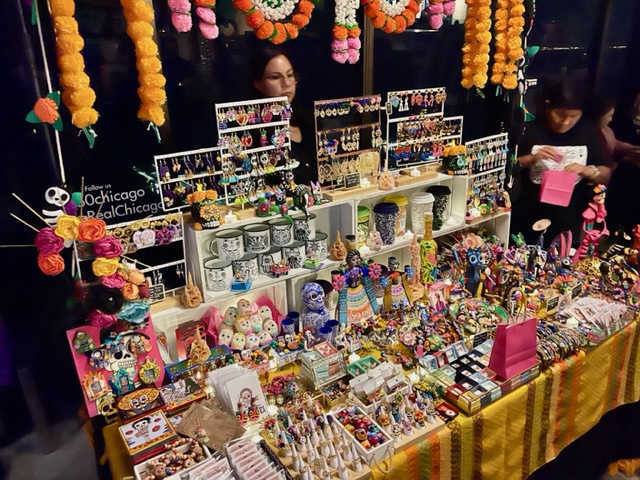 Vendors had a chance to sell their traditional objects and mementos which ranged from various sugar skulls to colorful clothing. Face painting was offered and graffiti artist Guillermo "Memo" Duarte flew in from Mexico to decorate models with his unique skills and airbrush device.

Delicious tacos and specialty drinks were sold at the newly opened CloudBar. Patrons lined up to try the various libations presented in the sky while being entertained by pop-up magician performances and costumed characters. 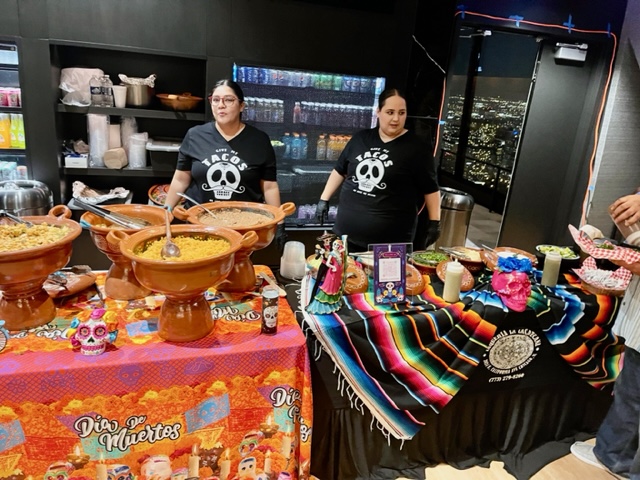 The views were out of this world that evening thanks to unusually warm weather and cloudless skies. For an additional charge, attendees could tilt out to see a view through glass 1,000 feet up in the air.

The John Hancock Center gives the opportunity to see the surrounding area while enjoying special events throughout the year such as this Dia de los Muertos remembrance celebration.

Visit 360Chicago.com for hours of operation and information on planning your trip up to the clouds.