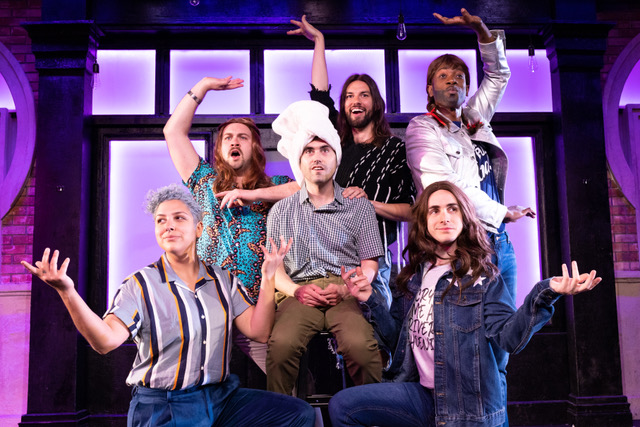 Streaming channel Netflix debuted a reboot of the series Queer Eye for the Straight Guy in 2018 with Queer Eye. A new Fab Five quickly became popular with at-home viewers while keeping a makeover format to the show and experts in different fields to move the reality story along.

Along came Second City Mainstage ensemble member Evan Mills who decided to lampoon it with a musical at the Playground Theater in 2019 with hilarious results.  Crowds packed into the narrow space selling out many nights which has led to The Second City version today. 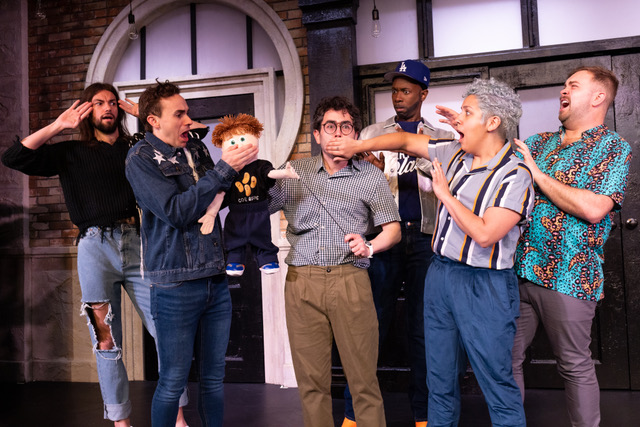 Queer Eye: The Musical Parody popped into UP Comedy Club, 230 W. North Avenue, with perfect timing for Pride month and plans to continue throughout the summer. There have been some adjustments to the original material with different cast members joining and Heidi Joosten aptly serving as musical director at the live performances.

The plot follows two reality show executives producing Queer Eye while watching a makeover challenge for Sam played by Bryson Howard. Each of the Fab Five takes turns working with Sam to not only move him out of his mother's house but also improve his love life and style. 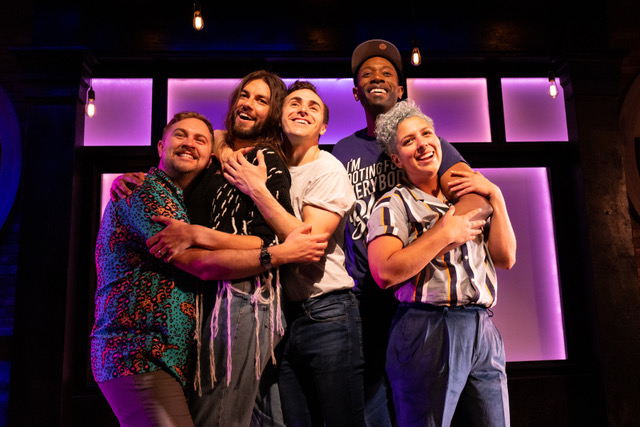 There are some growing pains with the current version that could use a bit of makeover itself. Some of the cast members need to pump up the volume on their characters and could be assisted with script rewrites. Possibly a bit of improvisation while involving the audience would also fit well into the iconic venue. There are several false endings that drag down the show that need to be trimmed to make the running time not as long. The night of my visit there were several feedback problems with microphones that are hopefully cleared up in the future.

The musical has some snappy tunes but should take one stance. Are the creators making fun of musicals like Avenue Q or just making music to carry the plot along? Past Chicago offerings such as Spamilton know an entire show can center around musical parodies and they did it well. In this case, Avenue Queer Eye has a mouth with too much to chew on. 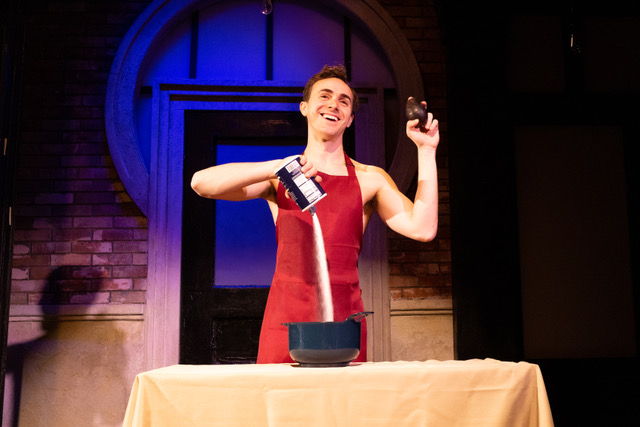 Queer audiences should go out and support Queer Eye: The Musical Parody, just be aware that straight audiences will be laughing at some of the caricatures and that can be triggering. There's plenty to enjoy though with a night out that allows Queer Eye to leave the living room behind.

Queer Eye: The Musical Parody has tickets for sale through the end of August 2022 at SecondCity.com or by calling 312-337-3992. The Queer Eye gang looks forward to seeing you, Henny!