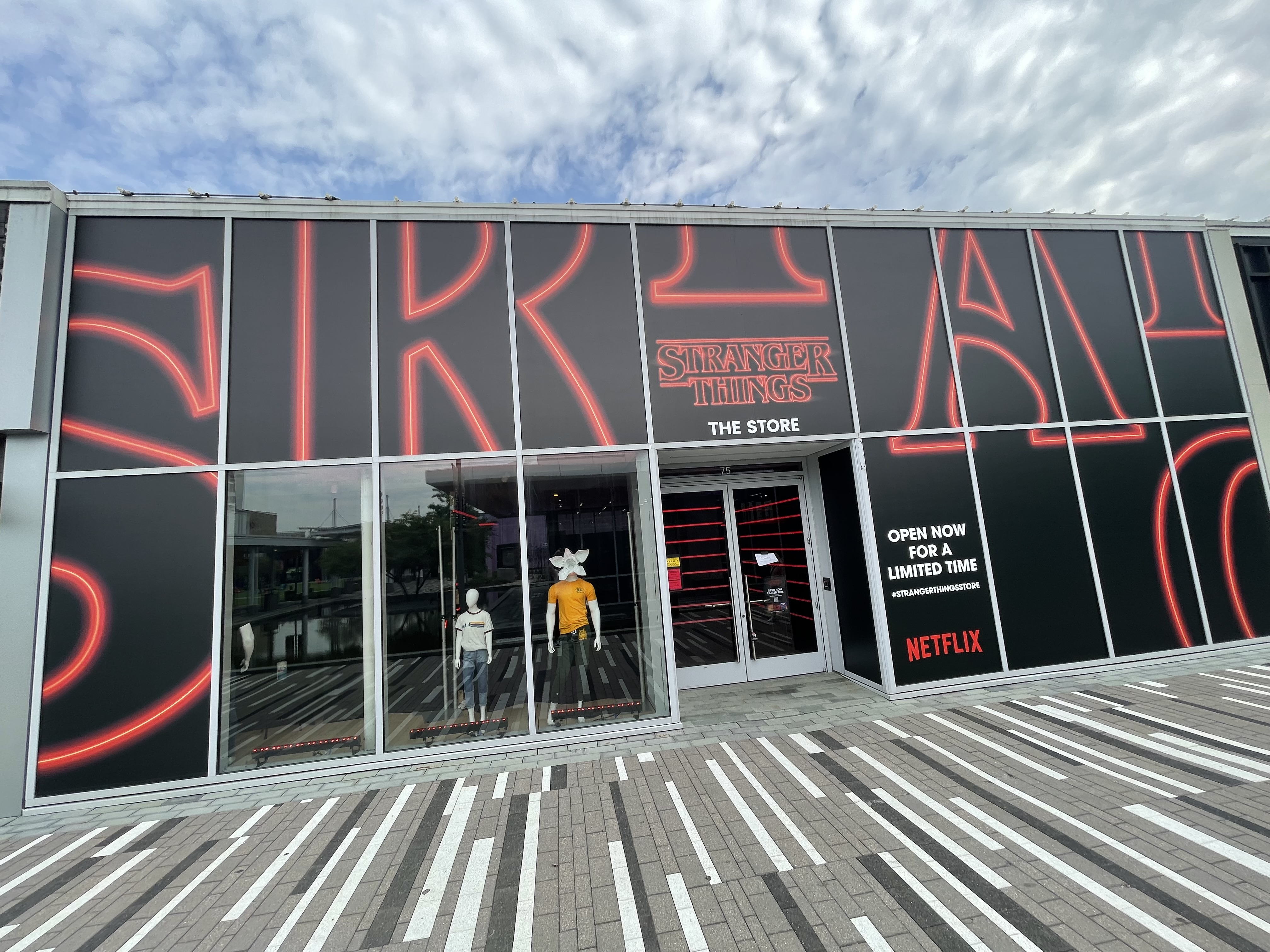 Fans of the sci-fi series Stranger Things are in for a treat at Oakbrook Center, an outdoor mall in Chicago's western suburbs. Hop on your bike and head to one of the largest premier shopping destinations placed right in the heart of Illinois. Netflix just launched the official store for a ton of merchandise tied to the award-winning horror series.

While spending quality time in the mall is totally tubular, don't waste too much time by getting lost in the massive maze of stores located in this spacious outdoor complex. Follow the tall lit-up maps to American Eagle Outfitters and the skateboarding shoe company Vans to find the official Stranger Things Store nearby. 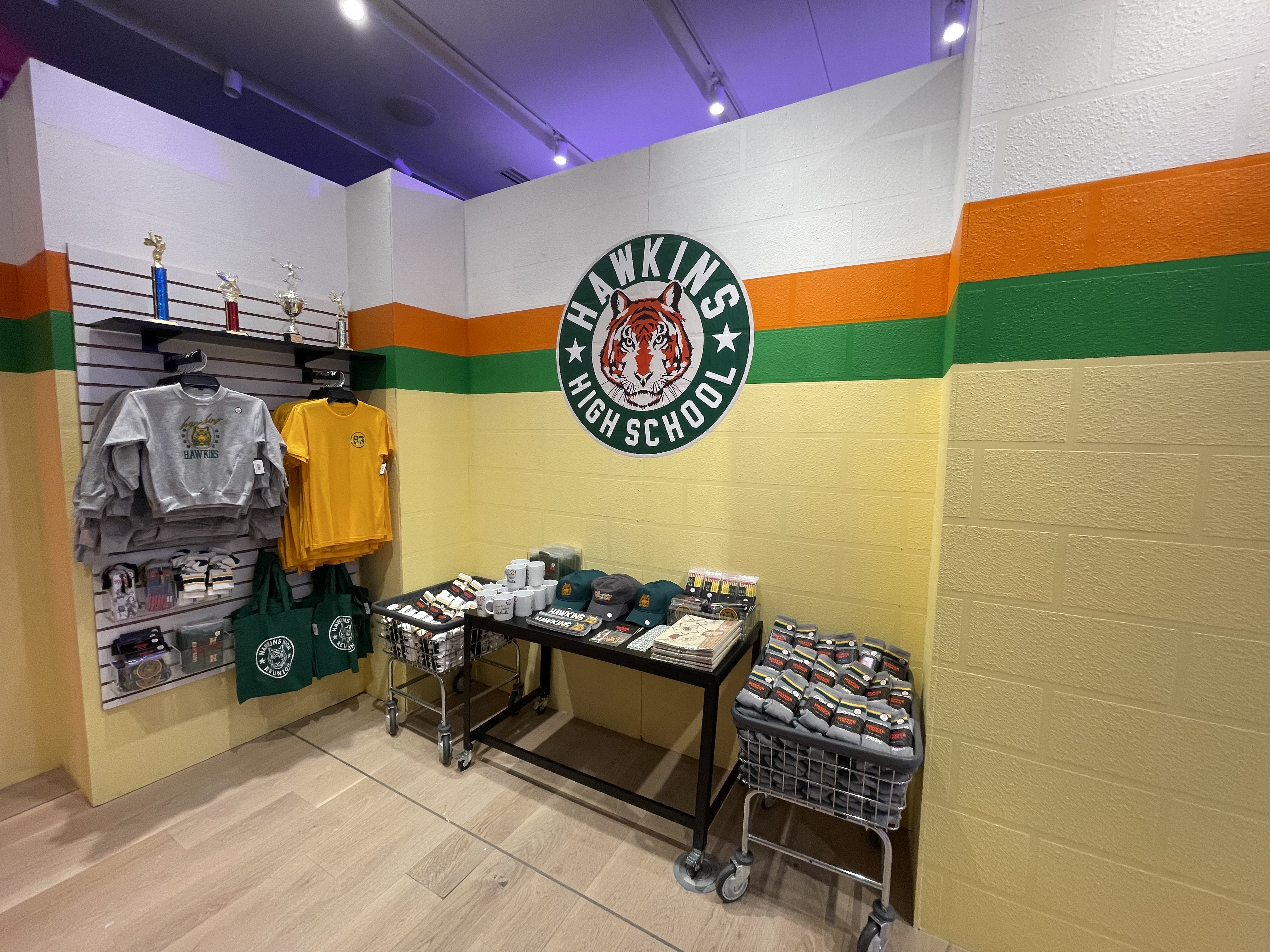 Those not familiar with Stranger Things need to take a Netflix and chill pill and catch up as season four debuts on May 27, 2022. The story of a group of friends investigating unusual happenings in the rural town of Hawkins, Indiana has resonated with many people who have also enjoyed the past works of master craftsmen such as Steven Spielberg, John Carpenter and Steven King.

The tale of a psychokinetic young girl named Eleven found by a group of teenage boys has elements of E.T. the Extra-Terrestrial and Firestarter while at the same time mixing in fresh new perspectives and explosive modern special effects.

Believe it or not, this Nunn attended Hawkins Middle School in Tennessee in the '80s. Although times have certainly changed since then, the celebration of items from that time period and memorabilia of the past continues to this day. Everything old is new again with neon, checkerboard and animal prints returning to the fashion world currently. 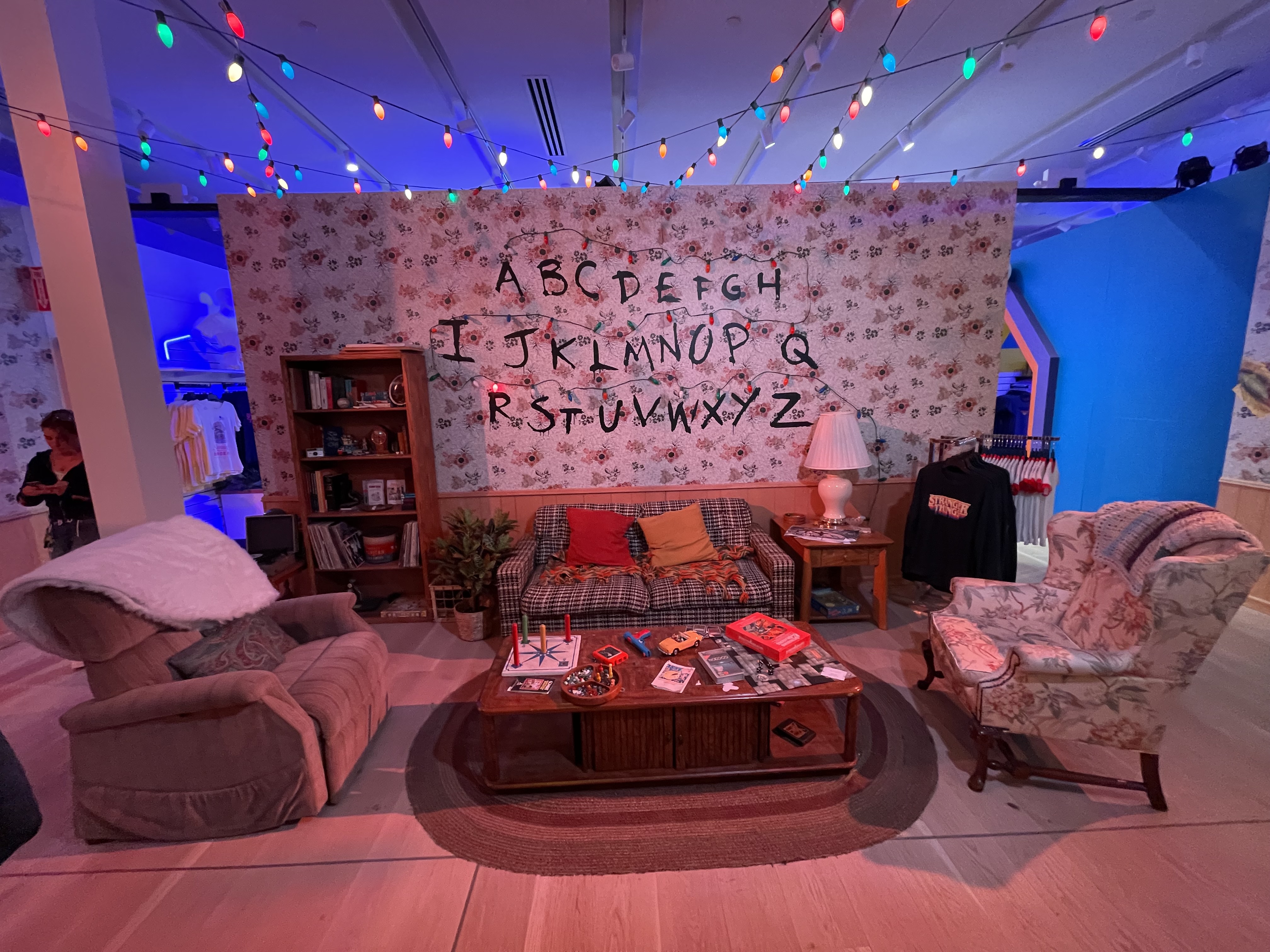 Get ready to fall Upside Down when you see the sheer amount of items up for sale for you to take home. There is an overwhelming amount of nostalgia placed within this newly constructed store for guests to explore.

Stand-up video games at the Palace Arcade are free to play on-site and custom-made t-shirts can be specially ordered with your high score and name right on the spot! Snap up tall socks, puzzles and even Stranger Things-themed cereal to start your day off right. Just like the 1987 movie Mannequin set in a mall, plastic people sport hip bright fashions with clever sayings printed on them and nearby bicycles give a spooky photo opp for shoppers right before they exit.  A locker room might have some flashing back to their high school days where trophies were given to the winners and prom night was simply unforgettable, so take a new picture in front of the display. 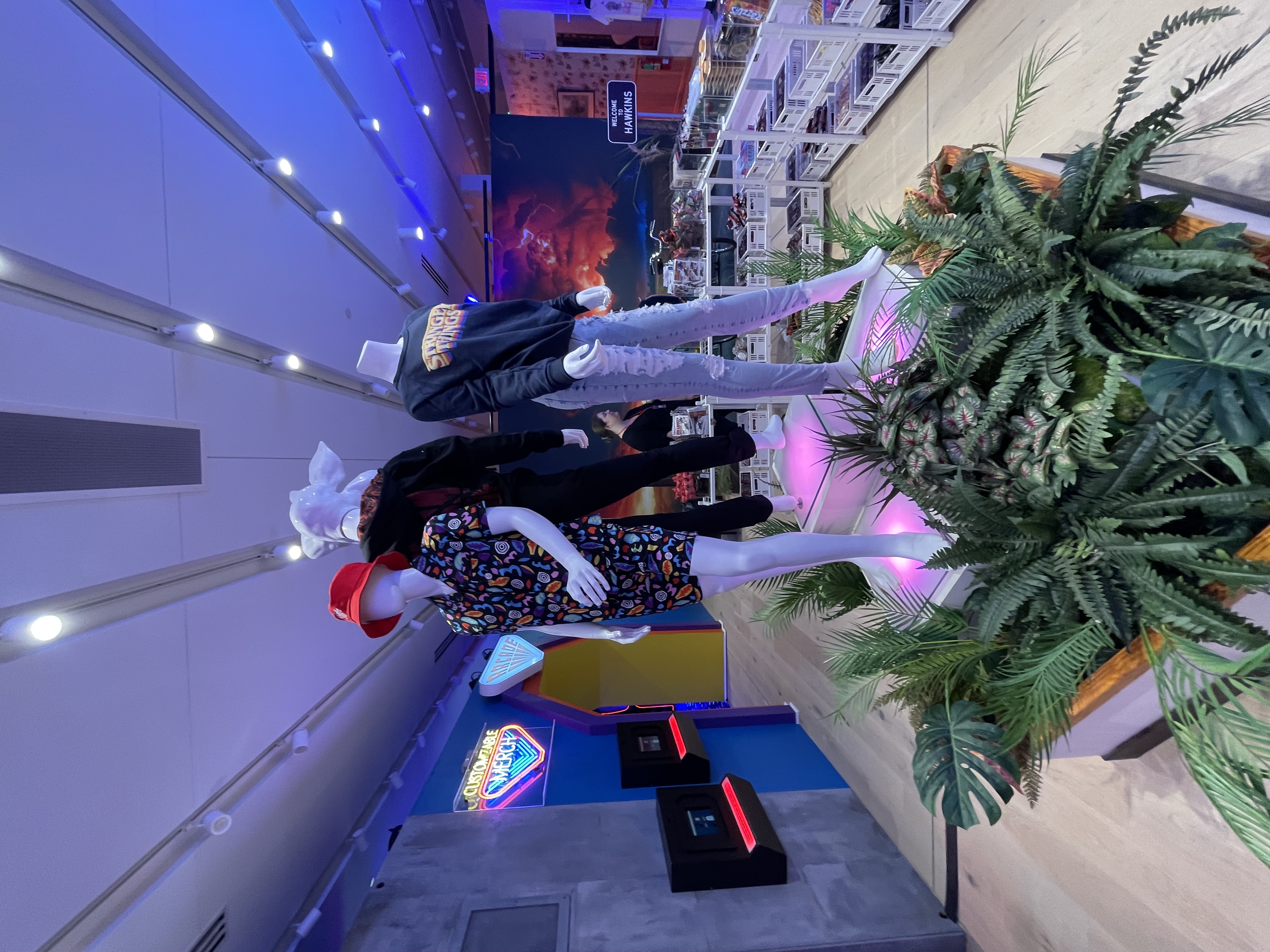 Numerous photo opportunities, such as the iconic living room scene set in Joyce's house, will have patrons Instagramming for days after visiting this eye-popping spectacle presented at Oakbrook Center.

Already a hit in New York, San Francisco and London expect big crowds on the weekends as the word is spread about this rare opportunity that has sold out many of the special and rare souvenirs from the show previously in stores. Take a trip to the Starcourt Mall and shop until you drop while you can, but beware of the Demogorgon!