As the musical Man of La Mancha opened at the Marriott Lincolnshire Theatre, I have to admit that I was a bit confused. I was expecting to see a prison in the dungeon of a 16 th century castle. After all, that is the story I have always been told and I have always seen in past productions. However, to my surprise, Director Nick Bowling had a different vision. The audience now witnesses a 21 st century contemporary prison with frightening and seemingly real inmates. This reinvented direction and staging by Bowling brought a refreshing change to a dated show giving it a new life and a contemporary feel.

Aside from Nick Bowling's amazing staging and direction with his creative interpretation of the classic Man of La Mancha, the casting for this show is outstanding. Nathaniel Stampley inhabitation of both Cervantes and Don Quixote is skillful and breathtaking. Stampley's amazing voice brought a tear to one's eye with the musical's hit song "The Impossible Dream", earned thunderous applause with the title song "I, Don Quixote", and his made the audience fall in love with him during "Dulcinea". Every single person in the audience was captivated.

Equally astounding is Danni Smith's Aldonza, whose voice is lyrical as it is powerful. Ms. Smith sang a beautiful "What Does He Want of Me", a playful "It's All the Same" and a gut wrenching "Aldonza", which is known as one of the most difficult songs in the musical theatre. Ryan T. Nelson's pitch perfect musical direction also must be recognized as another major factor for this production's gravitas. 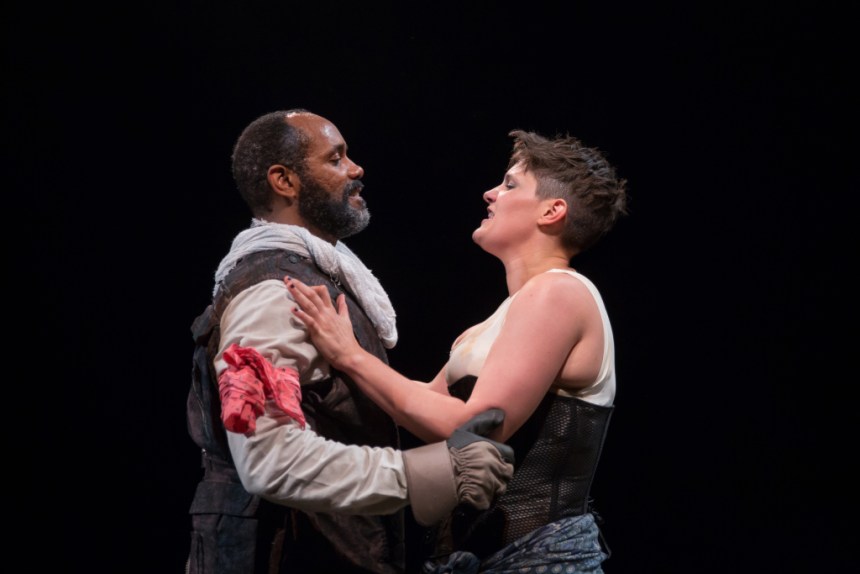 The remaining cast all deserve mention which include Richard Ruiz whose Sancho adds some great comic relief; James Harms, who has donned the role Quixote in countless productions, here plays the Padre with lyrical ease. Matt Meuller is an effectively imposing Dr. Carrasco, and Greg Spidle is perfectly cast as the ever patient Innkeeper.

Director, Nick Bowling said that he didn't want a fairy tale, he wanted "some place real, recognizable and terrifying". His vision is an unabashed success with this production.

The Man of La Mancha plays a the Marriott Lincolnshire Theatre through August 14. For tickets please call 847-634-0200 or visit marriotttheatre.com.