I really used stand-up as a tool to become honest with those around me and more connected with myself. 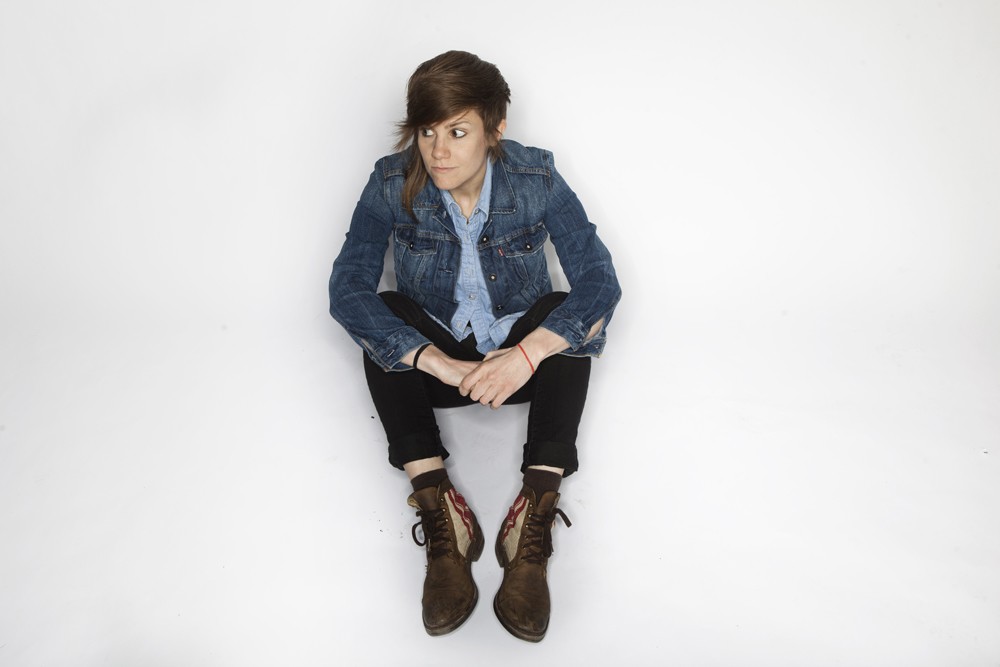 Cameron Esposito is a former Chicago comedian doing us proud. She began her standup career as an out lesbian here and paved the road for a huge queer comedy community. Since her move to LA, she was called "the future of comedy" by none other than Jay Leno himself and went on to become a regular on Chelsea Lately, appear on Late Night with Conan Obrien, @Midnight, Last Call with Carson Daly and more. She just released her comedy album Same Sex Symbol, which quickly snagged the top spot on iTunes and is in the middle of her accompanying national tour. It's been a busy week but we're glad fellow comedian Adam Guerino was able to have a few words with her about her album, tour and more.

AG: (Adam Guerino) Tell us about the album and tour, what can listeners and audience members expect?

CE: (Cameron Esposito) I am extremely proud of the album - it captures this moment in time exactly as I hoped. I'm engaged and out and happy and it's an hour talking about this moment in time which is so huge to all LGBT folks. So far the response has been humbling and exciting and I can't wait to for the tour.

AG: Your tour includes another fantastic comedian who you recently got engaged to, Rhea Butcher. What's doing a comedy tour with your fiance like?

CE: Amazing and terrible. Rhea is the smartest, funniest person I know. It is also completely wild to work alongside your partner - it adds so much stress and strain and competition - and I also wouldn't have it any other way.

CE: Mr Dan Savage was instrumental in my coming out process. I was just a guest on the Savage Lovecast last week and it meant the world to me. He's seen me perform as well and that's something my younger self would not have believed. I love the comedy of Sarah Silverman and Maria Bamford. Please make sure you are up to date on what both of those amazing comics and allies are up to.

AG: Was there ever the temptation to be a closeted performer?

CE: Not for me, no. I really used stand-up as a tool to become honest with those around me and more connected with myself. Stand-up gave me the freedom to engage with my sexuality and to become proud of it.

AG: If you were to pitch and cast a movie of your life so far, who and what would it be?
CE: The movie: the story of a little gay kid with crossed-eyes and an eyepatch growing up outside Chicago. And of course I would be played by Jennifer Lawrence, who looks back at that time in her life with fondness and pain and narrates the story.

Want to hear more from Cameron? You can buy her new comedy online, or hear her live at her Chicago show on Oct. 14 -- before it sells out.

Adam Guerino is a producer, writer and nationally touring standup comedian based in Chicago. He's been called a "comedian-producer-genius" by Chicago Reader and is also the creator of Stand Out: The National Queer Comedy Search which partnered with The Advocate Magazine to give queer comedians national exposure, Outloud Chicago which for over three years has brought queer inclusive entertainment to mainstream Chicago venues and The Rainbow Connection Queer Comedy Tour which combined gay, lesbian, bi and trans comedians for a cross-country tour. Check out www.adamguerino.com for more info.