It’s a huge relief to be doing stand-up in a movie that is actually funny. 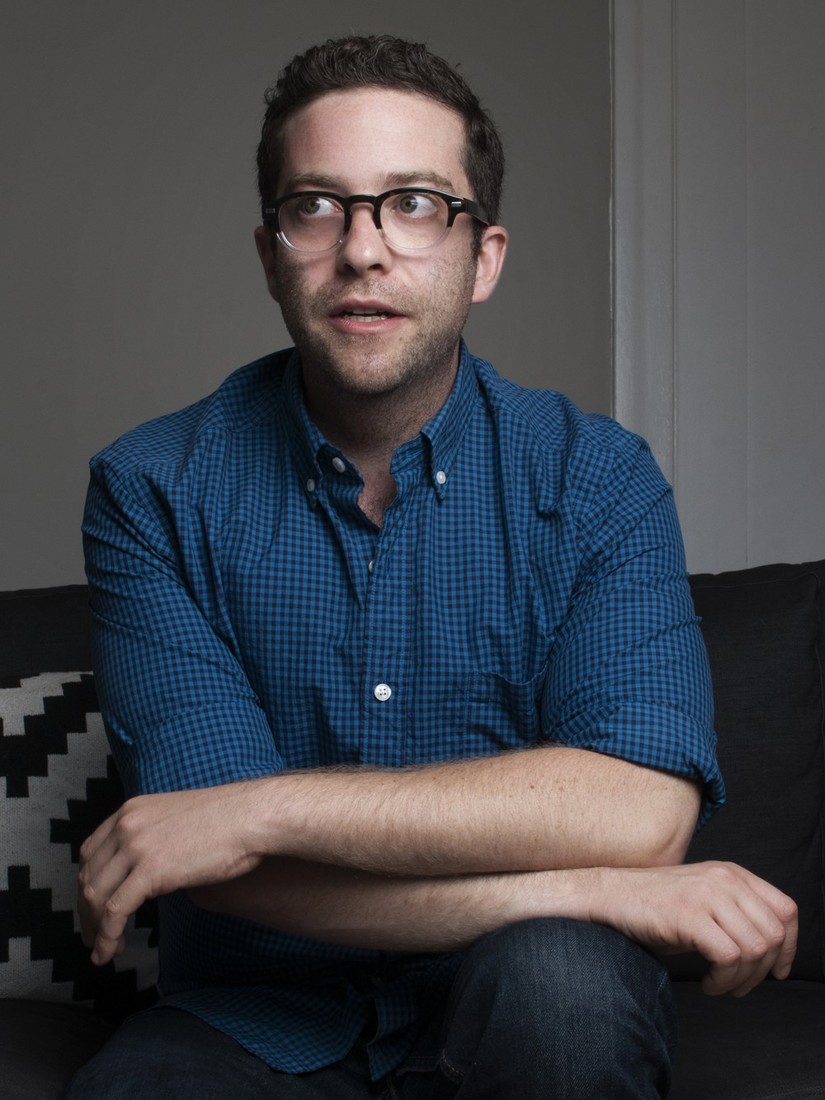 There's never been a movie quite like the indie comedy "Obvious Child" (A24). That's not just because the movie is about a single stand-up comedian named Donna (the amazing Jenny Slate) who gets pregnant after a one-night stand with Max (the hot Jake Lacy) and decides to have an abortion – on Valentine's Day, no less. It's because the BFF relationships between Donna and Nellie (grown-up child actor Gaby Hoffmann) and Joey (gay comedian Gabe Liedman) have an authenticity that is rare. Of course, Slate and Liedman are BFFs in real life, so that probably has something to do with it. Nevertheless, their onscreen interactions are hilarious, and one of many reason to see "Obvious Child." Liedman, who has made a name for himself outside the stand-up comedy world, including as a writer for the acclaimed Fox sitcom "Brooklyn Nine-Nine," starring Andy Samberg, spoke with me about "Obvious Child," Slate and more in June 2014.

GS: (Gregg Shapiro) Gabe, you make your feature film debut in the new movie Obvious Child. What was the experience like for you?

GL: (Gabe Liedman) An 11 out of 10. It was the most positive [laughs] experience ever. I will say that if anyone else ever gets the opportunity to work with the people I got to work with, say yes!

GS: What was it that made it such a great experience?

GL: It's hard to see this now, because it's a film that's playing in theaters across the country. But when we were making it, it had no guarantee of ever being seen. It was a really small budget and a really small crew.

We were kind of all friends or becoming friends. It was so positive and low-key, which makes everything that's happened since just such a huge happy surprise.

GS: You play Joey, the gay best friend of Donna, played by Jenny Slate, in Obvious Child. What was it about the character that made you want to play him?

GL: I really liked the portrayal of the gay best friend [laughs] in this movie. I thought that this was, first of all, not snarky. He's a little snarky, but in the way that you're realistically snarky with friends. He doesn't wear a bow tie, he's not her roommate, he's not her assistant. He seems to have his own life. I felt like (writer/director) Gillian (Robespierre) was creating a gay guy like I think I am, like my friends are. I thought, "Hell, yeah."

GL: It's really nice [laughs]. I write for Brooklyn Nine-Nine which is a show on Fox set in a police precinct. The captain is gay and he's played by Andre Braugher, who's not actually a gay guy. Every day, I watch a straight guy play a gay guy. That's always kind of a minefield. You can really pull it off if you are a talented actor who is being given material that lets you be respectful and show love and all that stuff. But there's also something really nice about The Normal Heart, where most of the cast playing gay guys, except for the lead, are actual gay guys. They're not walking into that minefield of, "Do I do a voice? Should I hold myself differently? Is my co-star going to be weird when I kiss them?" I'm also really happy to be living in a time when actors can be out of the closet and still work. It's the best! I have a lot of people to thank for that, including straight people for not shunning people anymore [laughs]. There are a lot of brave gay guys, too, who said, "F*ck it. I'm going to live my life." They came out. They're still working. It's great. I feel lucky it was even an option to be a gay guy and still get a part.

GL: If anyone knows who I am, they know me because I do stand-up. I don't want to be in a more widely available format doing stand-up I don't believe in. That was something that took zero fights and zero convincing to get across to Gillian. She was so open to help in writing the stand-up and she was so inclusive of my voice and Jenny's (Slate) voice as individual performers to the point where it was like, "Great, now I'm not scared at all." Part of what you see there is stand-up that I've been doing as myself for a long time. Part of it is stuff that I improvised on the spot just for the hell of it.

GS: The way a comedian would do.

GL: Yes, exactly. The Jeffery Dahmer stuff; that was just a riff in between something much longer. It's so funny on its own. Gillian has an eye for comedy. She is so funny and such a good director. But she's never done stand-up and she knows that. It's a huge relief to be doing stand-up in a movie that is actually funny. It's all because of Gillian's self-confidence and attitude.

GS: How would you best describe your relationship, both personally and professionally, with Jenny Slate?

GL: Personally and professionally are very intertwined for us because we've been best friends since we were about 18. We met during freshman year of college (at Columbia University) in the comedy club at our school. When we started doing stand-up, we started as a duo before we went solo. I think we are each other's home base. Beyond that, we also cook dinner together sometimes and know each other's boyfriends and husband and go to the supermarket and talk on the phone. Now that we're both busy in Hollywood, we go for hikes in the morning before we get to work. We're very in touch with each other.

GL: I think Valentine's Day is great when you're with someone. I think it can be great if you're single and a friend is single. But it is the kind of thing that sneaks up on me every year and looms over me. It's one of those days where when you are single, you wonder if you should make plans or do you hope that you'll be walking down the street and find love. There's that weird pressure. I'll just say it -- I've never had a successful Valentine's Day [laughs]. But what the hell, I'm young. I'm not dead [laughs].

GS: Donna works at a bookstore which is in the process of going out of business. Do you have a preference for physical books or e-books?

GL: I only read physical books. I haven't been moved to buy an e-reader. I'll subscribe to magazines online, but when it comes to a book, I want it in my hand. More than that, I want it on my shelf when I'm done. I like having it around. I'm strictly a paper book person.

GS: Sadly, in 2014, a woman's right to choose, the subject matter of Obvious Child, is still a hot-button issue. Are you prepared for a potential backlash against the film?

GL: You have to be prepared for anything, certainly. No one who made this movie is unaware of the fact that, in the last year or two, this has been the most aggressive congress ever in trying to limit a woman's right to choose. This issue, even though I live in L.A. and I've lived in New York and Philly and I've always been around people who are like, "Are we still talking about that?" But for the rest of country, absolutely; it's an issue that, sadly, is never going away. People are prepared for people not to agree with it. I don't know if it will be a backlash. There are a lot of shut doors, a lot of people who won't be reached by this. I know that Gillian and Jenny and the producers are not interested in fanning that kind of reaction for publicity. You won't find Jenny going on Glenn Beck to have the argument to get clicks on the blog. I don't think anyone is using the issue for attention, negative or positive. But I think the fact that they're first people to do what they've done with this movie earns them positive attention. The negative will come, but hopefully it will come in the form of crossed arms and rolled eyes, and nothing scary.

GS: Is Jake Lacy, who plays Donna's love interest Max, as dreamy in person as he is on screen?

GL: Even more so! That is him "dressed as a dork." That character is supposed to be like a geeky guy, and he's still so gorgeous. Yes, Jake showing up on set, dressed as himself, is indeed…America's going to eat him up. He's gorgeous and very funny and sweet and nice.

GS: Finally, Gabe, what can you tell me about any new or upcoming projects you have?

GL: As I mentioned, I write for Brooklyn Nine-Nine, which is a huge show and that takes up most of my brain and heart and time. I've also got scripts that will be seeing the light of day sooner rather than later. For the most part, my life is Brooklyn Nine-Nine. Season two of Brooklyn Nine-Nine starts this fall and season three of Kroll Show comes out in the winter. Those will sound a lot like me because I wrote for them [laughs].