I'm outspoken and outlandish. I'm out there. I'm a proud queer individual, and I embrace all of those aspects in my frenetic three and half minute number 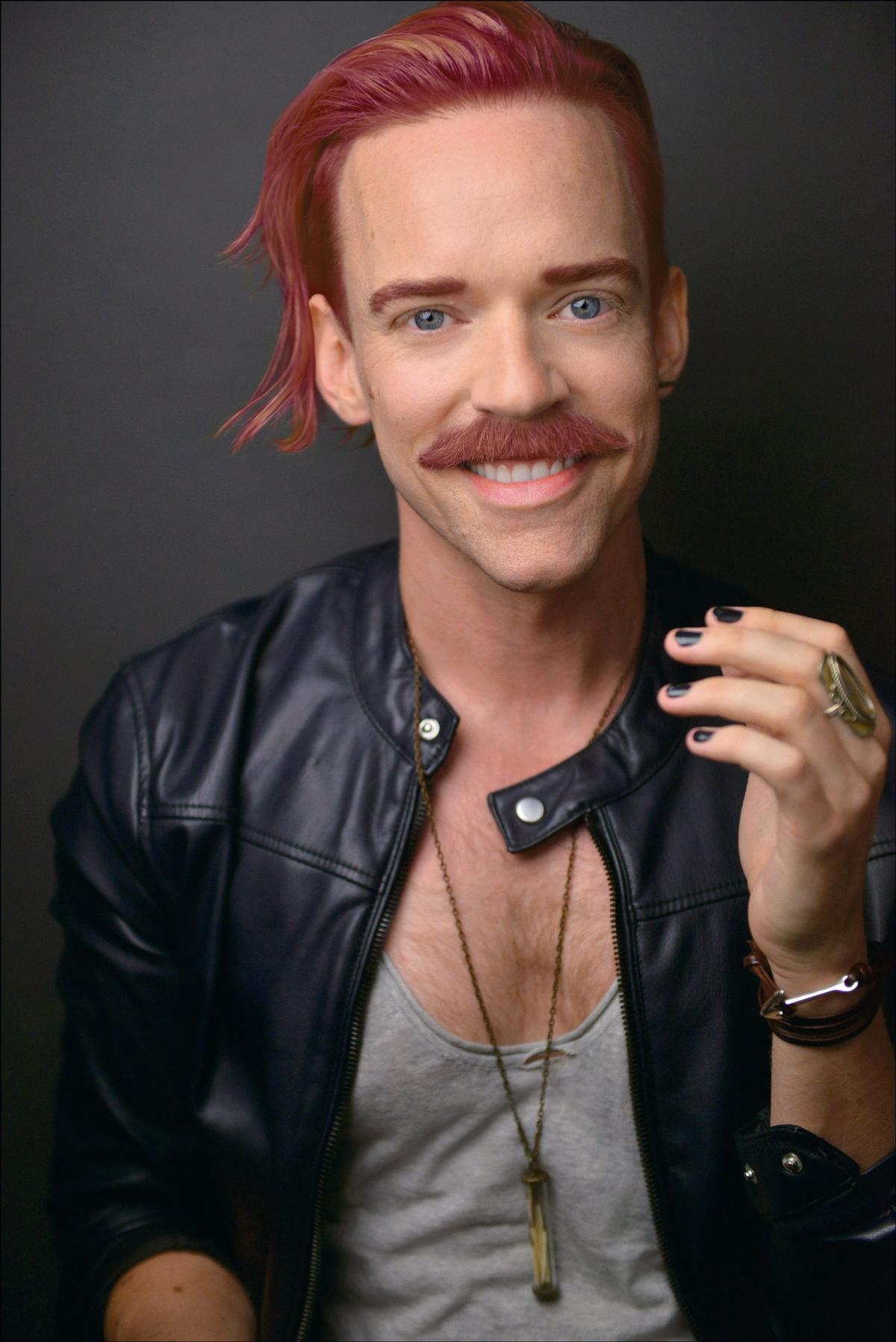 We chatted with out and fabulous performer Paul Louis Lessard, who takes on the role of "Herod" in the production.

MI: (Matt Inawat) Hi Paul! Walk us through your journey to Jesus Christ Superstar. What drew you to this production?

PLL: (Paul Louis Lessard) So I've actually known about the show and been a fan of it since I was a child. I was raised in Michigan, just over the lake. My parents had the original album vinyl that they bought in college when they were at Michigan State. And then growing up, I'm the youngest of four, we would listen to the record every year around Easter. And I remember going to see it when I was a kid and just loving the music, the sound. It was a very electric and thrilling. I love that it was considered an opera so it was just music. So everything seems pretty heightened.

I went to the University of Michigan for musical theater, one of the top schools in the country, my senior year of high school. That was the show that they were doing in the spring before I became a student so I went to go see it there. And after about ten years in the city in New York, I was thinking of moving on  and starting the next chapter of my life, but knew that there were a couple shows that I wanted to audition for before leaving. This was literally my last audition before deciding to leave New York City, and went to an open call in November of 2018 to now, finishing up the show almost 4 years later.

MI: Talk a little bit about your role, and how do you personally connect to your it?

PLL: My role is Herod. He's one of the handful of characters that ultimately contribute to Jesus' demise, the crucifixion on a cross, kind of an extreme situation and in the Bible is referred to as a fox: pretty sly and cunning. And traditionally, it's the interpretation, really of almost any of these characters at this point, because it's a story that's about two thousand years old but with characters that we all kind of know. People at that point they're just kind of representing archetypes. Mary is like the female somewhat maternal figure, Judas as the friend and betrayer, etcetera. But when you whittle it down, you're still telling the story about people. And real people who, even two thousand years ago, have the same emotions that we do today.

And so what was really great about this production is the focus is really going back to fifty years since the album came out. The focus is really on the music and making that the most important element of our show. And so, in that vein, our creative team really stressed that they wanted all of us; as opposed to trying to fit into a box and play a character; to really just bring a hundred percent of ourselves as performers and artists and singers to to our roles and letting the music material shine in that way; and just using our interpretations just as a vessel. For me, it is on stage so I really am  playing kind of an exaggerated version of myself for three and a half minutes and seeing where that aligns with the character and where they fall in the story of what we're trying to tell. So, for me, I'm outspoken and outlandish. I'm out there. I'm a proud queer individual, and I embrace all of those aspects in my frenetic three and half minute number.

MI: What kind of research or preparation did you go through for the role?

PLL: I did a bit of research just to understand where this character and figure fit into the timeline of the story and his involvement. But I left most of it up to me and my interpretation; because research and "facts" can only get you so far. We're really in like a heightened situation with a lot of aspects that aren't reality and realistic such as electric amplification and microphones and I'm wearing knee-high high heeled boots and makeup and light; both of those aspects our fantastical. This is this is really more about the music and the experience and just the ideas of who these people are and what transpires; and more of the experience that you get as an audience member in the theater that night with this story set to electric music. I take some cues so I know where I'm coming from; but other than that, I really create this character in my own world and interpretation of a balance.

MI: What's your personal favorite moment in the show?

PLL: I think I'm understandably biased. I'm also in The Ensemble so I do eight or nine other numbers.

I would have to say, you know, my three and half minutes out of my character is my favorite moment in the show. It's an actor's dream to have your own song, your own lighting. I have eight dancers, a custom-made designed specifically for me costume that includes a 40-foot, Lemay gold cape, with two crew members to help flick literal fire onstage like skulls with flames coming out,  a machete. It's all of the aspects of what makes theater so exciting and also what makes rock music in a rock spectacle so exciting. It's just three and a half minutes of everything turned up to 120% and I try and bring every ounce and fiber of my being that I can access into those three and half minutes to just try and bring up a memorable moment to the show.

MI: So after Superstar is there a dream role in any musical you'd just love to play?

PLL: Yhis role is actually it. It's my favorite show. It's my favorite musical. I'm more of a singer than an actor. And it's the rock opera, it's cool. I love the music; the focus is on the music. And my interpretation is unabashedly queer essence of a person; and I know what's out there and I I can't think of actually anything better. So I kind of feel like I made it!

The rest of the rest is unwritten. I'm moving to the West Coast after this and starting a new chapter of my life and pursuing other goals. To be honest, I never really believed in like dream roles. I think the dream is what you bring to it, not just the role by itself.

MI: You're here in Chicago for a couple of weeks; what's on your top three things I do while in town?

PLL: I'm from Michigan originally so I know Chicago really well. Family here. I've lived here for two summers. I like to get outside and enjoy the weather. I love to bike. I like to go to Wicker Park and go to the vintage stores. That's a big thing for me. I'm a big vintage person.

Definitely get out. My first night here I already had pizza. And especially because we're staying downtown, if I can visit some of the big cultural Institutes. The museums are amazing, the aquariums are great. I love the art museum. I love The Field Museum, Science Museum, the aquarium.

MI: Are you playing tour guide for the the rest of the cast and crew?

PLL: I mean, yes and no. I'll give him a a couple of suggestions here and there, but you know especially on tour sometimes it's just about kind of discovering each city on your own and and see what it has to offer. We are doing eight shows a week, so especially for me, it's such a caliber show; that my focus on doing the best that I can and doing the best that I can.

And then we're in the midst of a pandemic; and another monkey pox endemic, that's now coming. There's so many things that are now happening, and for me and I think a lot of our company members,we're here for work and so it's it's doing and maintaining what need to do to do the best that we can eight times a week while also just taking care of ourselves. And if there are extra moments that we can enjoy the city and what it has to offer, then that's just an added bonus!

MI: Thanks so much for taking the time to chat and congratulations on the show and the awesome run so far in Chicago!