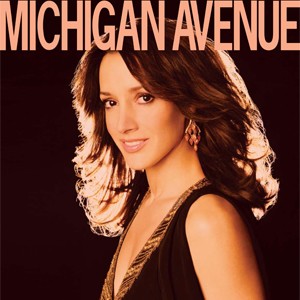 jennifer beals on the cover of michigan avenue maga

In the headline feature, 44-year-old Beals opens up about playing a lesbian on The L Word, and how her views of the GLBT community have changed since taking the role and forever being associated with Flashdance.

Here’s an inside look from the must-read interview:

MA: You could have never predicted the impact you’d have on the gay community, playing a lesbian on The L Word. Were you nervous about taking on the role?

JB: I just thought it was a great part, and I didn’t even think about the love scenes. I was so committed to preparing for the whole work story, because so much of Bette’s life is work. What does it mean to run an art gallery? That was the focus—and then I realized, In two days I’m shooting a love scene and I don’t have a friggin’ clue what I’m doing. I’m going to be outed as such a hetero chump! And then I thought, I just have to relax.

MA: Lesbianism seems to be more culturally accepted these days. Do you think The L Word is partially responsible?

JB: I think in some ways it has shifted, but with Proposition 8 passing it clearly hasn’t shifted enough. I was really disappointed but I also realized it’s a matter of education and exposure. For me it was a lesson in campaign organization—or disorganization, if you will. The opposition was fired up and organized. You can’t wait until you realize your opponent has $15 million in the bank; you have to frame your argument right away. All the numbers show the younger generation supports same-sex marriage, so it is inevitable. Someday people will look back and say, “I can’t believe there was a time all people couldn’t get married.”

MA: You’re quite revered in the gay community. There are websites, blogs, and a Wikipedia entry dedicated to your character. How does your husband feel about being married to a gay icon?

The full interview and amazing fashion photography will be available in the Love Issue of Michigan Avenue magazine available in February.

Beals will be in Chicago on February 9th to host the new Michigan Avenue magazine February issue event at The Peninsula Chicago. Entertainment Editor Michael Roberts will attend the red carpet event and provide full coverage on ChicagoPride.com.