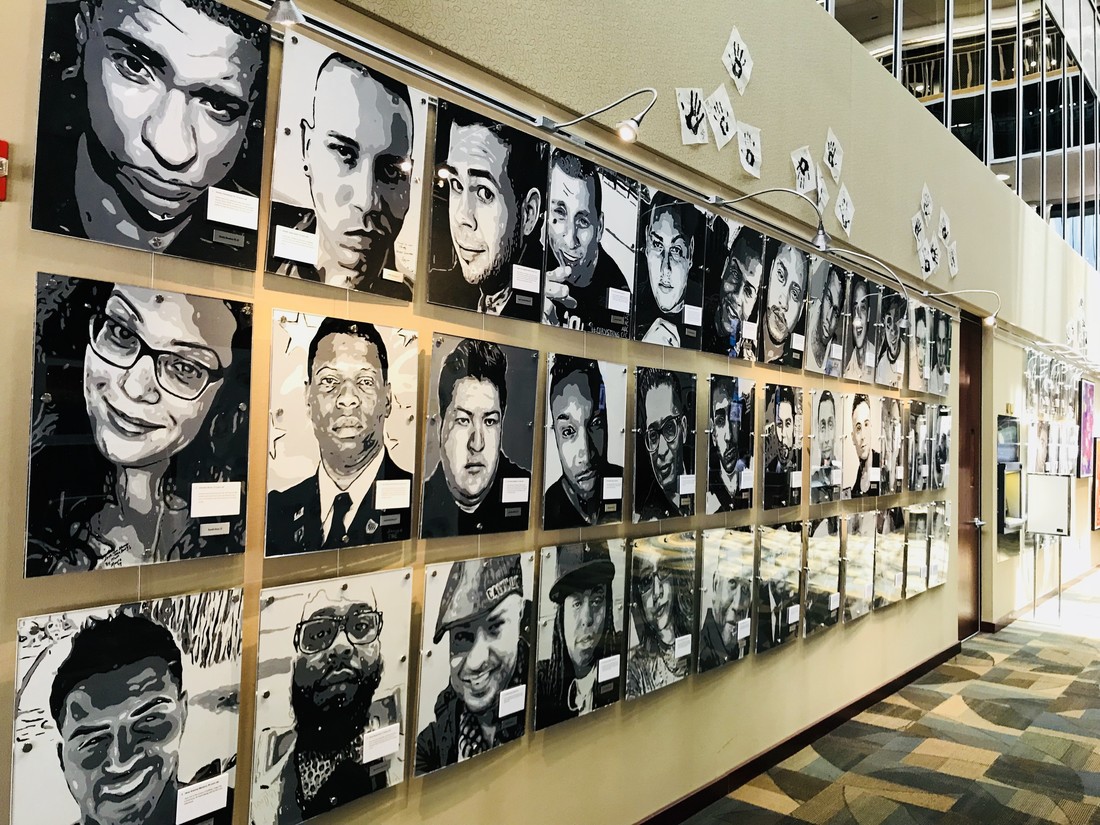 'Remember the 49 and those left Behind' opens Friday, Oct. 12

Chicago, IL - A tribute to the 49 victims killed in the 2016 Pulse Nightclub shooting will open on Friday, Oct. 12 at Chicago's Center on Halsted.

The 25 foot traveling memorial, started by Orlando artist Colleen Ardaman, was created by more than 1,000 people, most notably family members of the victims.

The exhibit, which features paintings of the victims, is meant to help in the healing process for friends and family members.

It also pays tribute to those who survived the June 12, 2016 tragedy, the deadliest incident of violence against LGBTQ people in U.S. history, and at the time, it was the deadliest mass shooting by a single shooter in the U.S., being surpassed the following year by the Las Vegas shooting.

First responders marked their part in the tragedy by placing their handprints on the memorial last year. Those handprints also became part of the display.

The memorial is designed to travel the country. Center on Halsted is the first travel stop for the Memorial, hosting the art from Oct. 12- Nov. 23 at the end of LatinX Heritage Month. The exhibition will be located in the 2nd floor gallery space.

Tickets - a suggested $5 donation - to the Chicago opening on Friday, Oct. 12 can be purchased at the door.