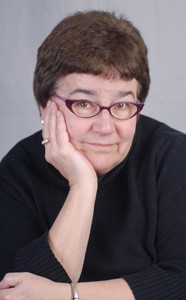 Kelly is Professor of Women's and Gender Studies at DePaul University in Chicago, where she has taught since 1992. She was a founding member of DePaul's interdisciplinary program in Lesbian, Gay, Bisexual and Transgender Studies Program and served for six years (1997 – 2003) as Director of Women's and Gender Studies. Kelly has been an activist for LGBTQ issues and rights within and outside of higher education for over three decades. She has been a member of the Advisory Council on Lesbian, Gay, Bisexual and Transgender Issues since 2006.

"The LGBT communities are fortunate to have a dedicated and energetic leader like Beth Kelly. We are looking forward to working with her and helping the council move forward in 2010," said Dana V. Starks, Chairman and Commissioner of the City of Chicago Commission on Human Relations.

"We have a diverse group of talented people currently serving on the Council. I hope to develop new opportunities for showcasing everyone's talents and our diversity as we work to further secure and sustain rights, dignity, and respect for all members of Chicago's LGBT communities-and the larger community as well," Kelly told ChicagoPride.com.

The Councils help the Commission identify issues of prejudice and discrimination impacting their constituent communities. The Councils also serve as liaisons for their communities to city government.

The Chicago Commission on Human Relations is charged with enforcing the Chicago Human Rights Ordinance and the Chicago Fair Housing Ordinance.

The Commission investigates complaints to determine whether discrimination may have occurred, and uses its enforcement powers to award damages and injunctive relief for acts of discrimination. Under the City's Hate Crimes Law, the agency aids hate crime victims. The Commission also employs pro-active programs of education, intervention, and constituency building to discourage bigotry and bring people from different groups together.