Ready To Ride: Hundreds set for this weekend's Ride For AIDS Chicago 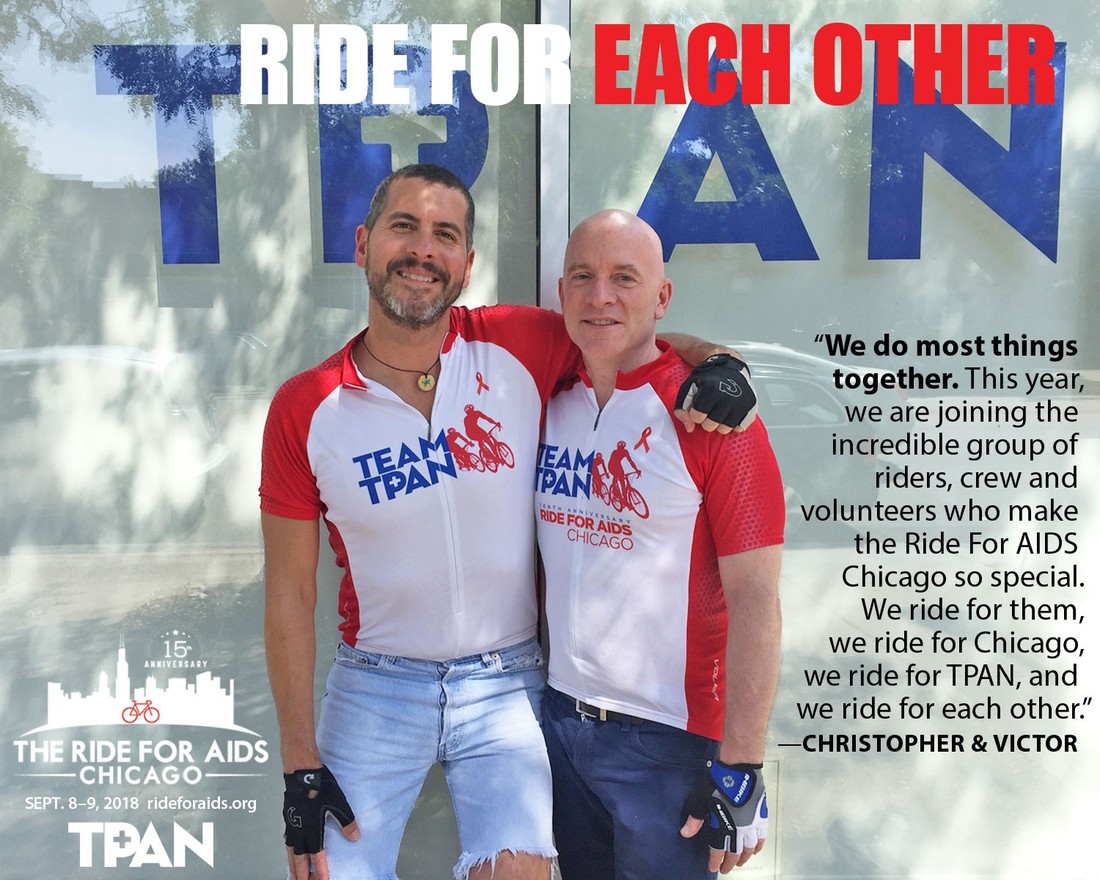 Chicago, IL - The Ride For AIDS Chicago celebrates its 15th anniversary this weekend, with a one-time-only special Anniversary distance (230 miles) and a new route.

The Ride has, for the past 14 years, been a two-day, 200-mile bicycle ride, which is the Test Positive Aware Network's largest fundraiser as it raises vital unrestricted funds for TPAN and its Community Partners.

Riders completing 230 or 200 miles depart Saturday, Sept. 8, from Evanston's Chandler Park, riding through Chicago, into Indiana, and then along the shores of Lake Michigan to Tower Hill Camp and Retreat in Sawyer, Michigan.

There also is a 100-mile option, and those participants will be shuttled with their bikes and gear to Tower Hill Camp and Retreat Center to ride on Sunday, Sept. 9.

Riders will be greeted Sunday afternoon at the Finale Festival at Leahy Park in Evanston, featuring the parade of teams and more.  The closing ceremony also features one of the most emotional moments of the two-day event, the Riderless Bike Procession – to honor those lost and directly impacted by HIV/AIDS.

"I am very excited to be part of the 2018 Ride," said Christopher Clark, TPAN's CEO, in his first-ever Ride.  "Since I started at TPAN in May, I have been incredibly moved by the passion and dedication of the volunteers who not only train to ride over 200 miles, but also commit to raising money for TPAN.  When I found out that several members of our staff were also making the commitment to ride, I wanted to join them to show my support.

"The money raised directly supports TPAN's education, outreach, testing, counseling, housing assistance and healthcare advocacy.  Our programs and services provide concrete help to people who might otherwise fall through the cracks of our fractured healthcare system. Everyone at TPAN is determined to do everything we can to help those who need us."

Clark, who lives in Chicago's Boystown neighborhood, has lived in Chicago for 30 years.  He is originally from Pearl River, N.Y.

"I moved to Chicago when I was 22, during the height of the AIDS epidemic," Clark said. "I remember how the disease swept through our community. I lost some friends and I have many friends who survived and are leading healthy, happy lives. But, to live and thrive with HIV, you need to know your status and you need access to care and treatment. That's where TPAN comes in."

Clark will be joined on the Ride by his husband, Victor Armendariz.

"Supporting the Ride is an easy and direct way to give back to our community and to take an affirmative step to end the epidemic," Clark said. "Victor has been incredibly supportive. He is riding with me and Team TPAN. He's the one who keeps telling me that I can do this."

Related: Father, son will cycle together in 15th annual Ride For AIDS Chicago