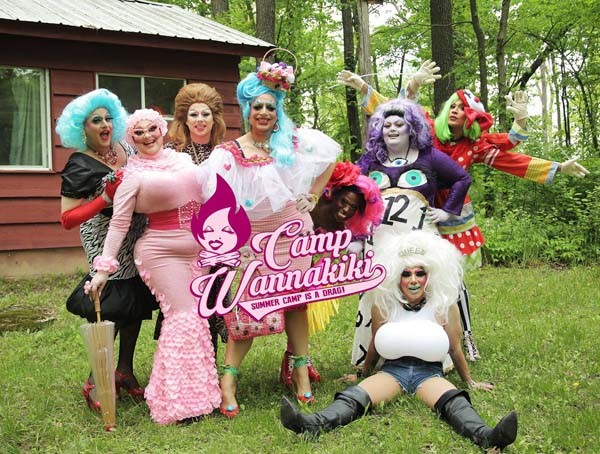 Summer Camp is a Drag!

Each episode reprises a day at camp, where campers perform various activities best suited for 10 year olds, as opposed to grown-ass drag queens. Tune in for the hilarity that ensues.

This entertaining competition keeps the focus on fun and friendship, while giving drama and backstabbing the cold shoulder, as was the goal of the Wrights.

The Wrights are real life twin brothers and drag life twin sisters Apple Brown Betty and Cherry Pi Sugarbaker. The twins are also co-owners of Hamburger Mary's International, and were recently featured on the hit CBS show, "Undercover Boss." Going on 20 locations, Mary's is known not only for their gourmet burgers, but also for putting on great drag shows across the country.