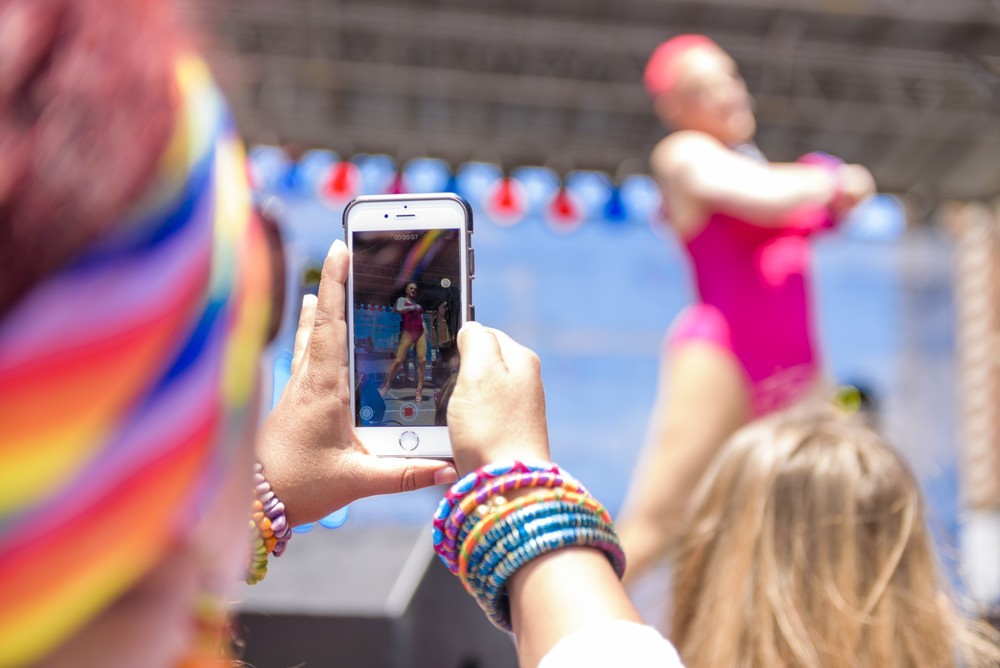 Chicago, IL - When the Chicago Air & Water Show ended this weekend, it wrapped up a busy summer of major outdoor events for Chicagoans. And gauging by the record-breaking mobile data usage, summer 2018 appears to have been memorable for all.

AT&T customers alone used more than 6.8 Terabytes of mobile data to share the action at the two-day air show, which is equal to uploading more than 19 million selfies and streaming over 870 hours of HD video, according to data provide by AT&T. That's an 11% increase in mobile data usage compared to last year.

And get this, AT&T reported Lollapalooza attendees used over 27 Terabytes of mobile data during the music festival in Grant Park. That's the equivalent of uploading 77.2 million selfies. That's also an 11% increase in mobile data usage during the four-day music festival compared to last year.

The 2018 Pride Parade wireless data volume for AT&T customers in the Uptown and Boystown neighborhoods on June 24 was 7.6 Terabytes, AT&T told ChicagoPride.com.

In June, AT&T announced a $1 million donation and multi-year initiation with The Trevor Project. In addition to the contribution, AT&T will support the groundbreaking life-saving initiative with more than $675,000 worth of AT&T products and services as well as technology & connectivity expertise.

AT&T kicked off Pride with the 'Turn Up the Love' campaign, including an exclusive Pride event at the AT&T Michigan Avenue flagship store in Chicago featuring a performance by Betty Who.

Related: ChicagoPride.com interview with Betty Who