'View From The Top' raises funds for Ride For AIDS Chicago 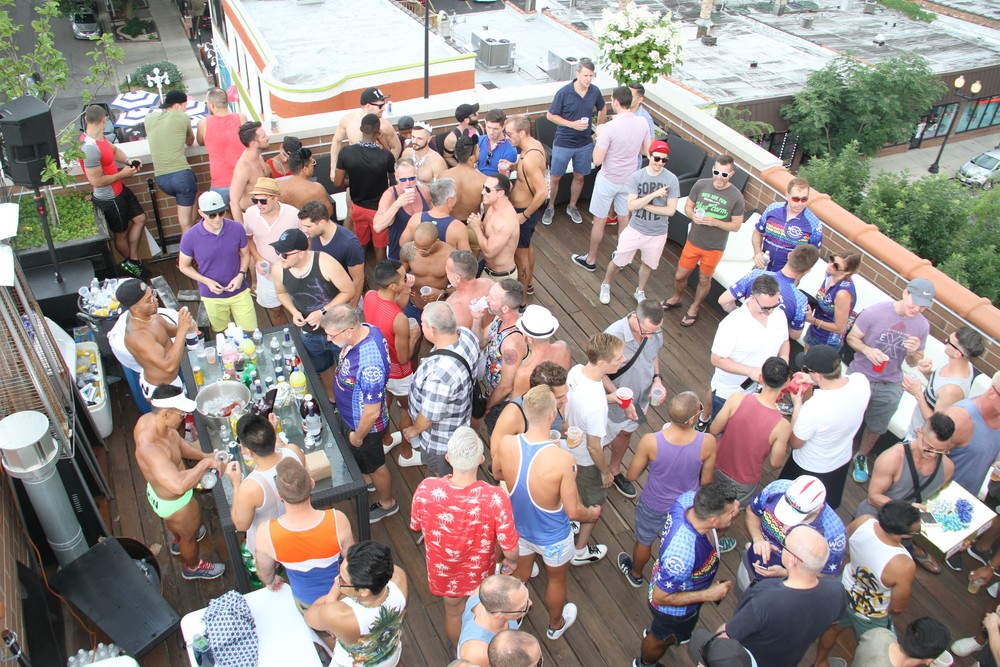 photo credit // ross forman
view the full gallery
Chicago, IL - Despite a brief rain shower, the annual "View From The Top" fundraiser on Sunday, July 15, was a resounding success, particularly financially, for the Test Positive Aware Network (TPAN), as riders and crew for the upcoming Ride For AIDS Chicago (Sept. 8-9) joined hundreds of others for a five-hour, mostly sun-filled party on the rooftop of a Boystown apartment building.

Dan Tran and Martin Luna were the bartenders.

"It was good to see so many people from all different backgrounds and ages come together to raise money for such an important issue, especially in the current climate gives you hope for the future," said Jonathan McCaslin, a rider for Team TPAN.

Al McAuley, of the Windy City Cycling Club, added, "This event is the culmination of hard work and dedication of two very strong and established RFAC teams sharing one common goal. It's amazing to see such a tremendous collaboration of spirit and dedication for such a worthy cause, one that is so deeply connected to our community."

Event organizer Randy Mitchell, of Team TPAN, said: "What began as a grassroots endeavor to engage new people to (the) Ride For AIDS Chicago, (the View From The Top fundraiser) has become an event that people look for and expect to attend. Giving back to our community is a necessity. View From The Top provides that purpose. Plus, what a great way to spend a Sunday afternoon. It really is an incredible (event), a labor of love."