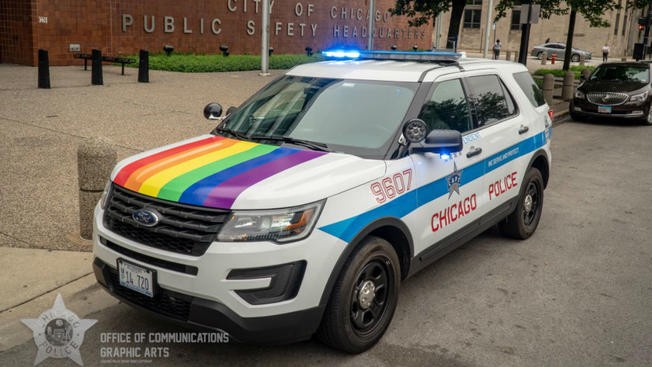 CPD shared photos of a police cruiser with a rainbow decal on its hood via the department's official Twitter on Friday.

Chicago Police tweeted at the New York Police Department after they shared an image of a NYPD cruiser decked out with similar rainbow-theme.

Chicago's Lesbian Gay Police Association will be among the 150 colorful entries in this year's Chicago Pride Parade.

The parade steps-off Sunday, June 24 at noon from Montrose and Broadway and will then travel the 21-block parade route before it ends near Diversey and Sheridan in Lincoln Park.

Related: Everything you need to know for the 2018 Chicago Pride Parade