More than 2,000 will be Proud To Run on Saturday along the lakefront 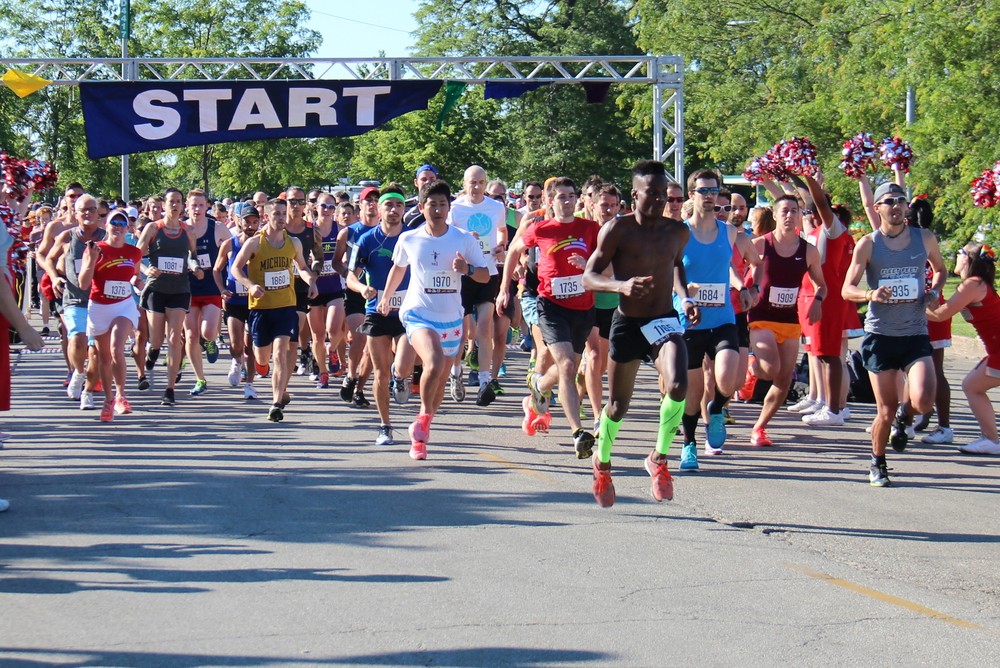 photo credit // chicagopride.com
view the full gallery
A long-running Pride weekend tradition continues Saturday morning, June 23, as the 37th annual Proud To Run – featuring both a 10K and 5K run, and 5K fun walk – will be held at Montrose Harbor.

Since 1982, Proud To Run has been a part of Chicago's annual Pride Week activities, focused on celebrating pride in a healthy, inclusive way and raising funds for Chicago-area nonprofit organizations that help make the LGBTQ+ community healthier, safer, and stronger.

"It's turning out to be a great race, and we're on track to match or beat last year's (participation) total, which is very exciting," said Proud To Run's Digital Marketing Chair Robert Graff, who will be running the 5K along with his sister and his boyfriend. The 2017 event drew more than 2,000 runners and walkers, and raised more than $65,000 for their beneficiaries.

The 2018 event has used different marketing tactics than past years, including signs on CTA trains.

Plus, Proud To Run introduced a unifying tagline for 2018, the first in its 37-year history — Run. Forward.

"There's always been an emphasis on strength in community at the race," said Graff, who will be running in the event for the third time. "With this year's tagline, we're more directly acknowledging that it's a difficult world for LGBTQ+ people to live in sometimes. But that doesn't stop us – we keep moving forward."

Graff's sister, Devin, also will be running in her third Proud To Run.

"I first signed up to support my brother, and to support the organizations that benefit from Proud To Run," said Devin Graff, an LGBTQ+ ally – and the first person 20 years ago that Robert came out to that he is gay.

"In 2016, the race was right after the Orlando shooting, and the 2017 race was the first since the election. Doing Proud To Run is a way for the community to say, 'We're here.' And for allies to say, 'We see you. We're all part of this.'"

"We've always been incredibly close, and she's probably been my greatest supporter (since coming out). She's really thrilled to be a part," of Proud To Run, Robert Graff said.

WGN-TV's Mike Lowe will serve as the event's master of ceremonies.

Singer, composer, and musician Kyra Leigh, a trans woman and Chicago resident, will perform the National Anthem during the opening ceremony. Race day entertainment will include Urban Pooch head trainer Jim Bahr and his talented dogs in an agility demonstration, which has proven to be an audience favorite over the years. Plus, the energetic Chicago Spirit Brigade will cheer on participants, and then perform as part of the post-race program.

Pride Bowl XI will be held June 22-23 at Montrose Lakeside Fields, hosted by the Chicago Metropolitan Sports Association (CMSA), as two men's and one women's divisions are scheduled for the flag football tournament. The Pride Bowl XI Awards Celebration will be held at 7 p.m., Saturday, June 23, at Old Crow Smokehouse in Wrigleyville.

The weekend culminates with the 49th annual Chicago Pride Parade on Sunday, June 24 at noon in Chicago's Uptown and Lakeview neighborhoods.