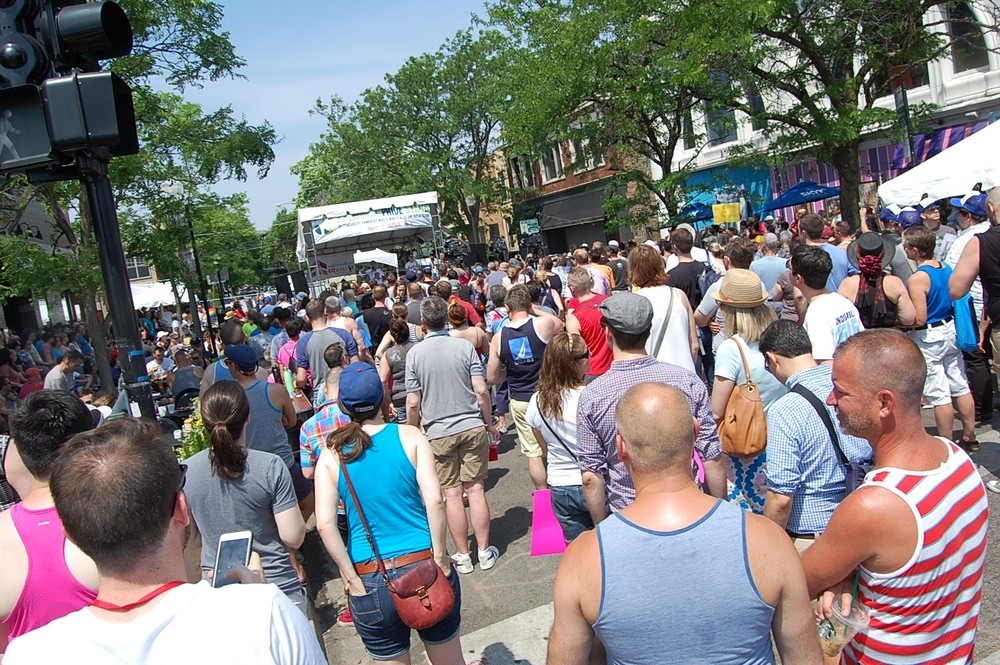 Chicago, IL - Midsommarfest returns to Andersonville for its 53rd year this weekend, bringing with it two days and three nights of music and shopping, food and drink to help kick off the Chicago summer neighborhood street festival season.

Last year's event drew an estimated 50,000 people to the six blocks of Clark St. between Foster and Catalpa that make up the heart of this far-north neighborhood, known for its Swedish heritage and current identity as a more relaxed alternative to Boystown.

The street festival opens Friday, June 8 from 5 p.m. to 10 p.m. featuring two entertainment stages - including 16 Candles on the North Stage (Catalpa & Clark St.) at 8 p.m. - and a smaller selection of booths and vendors located along Clark Street from Summerdale to Catalpa.

The Pride Stage, sponsored by Hamburger Mary's, Replay, Mary's Attic and Elixir, returns to the corner of Clark St. and Balmoral with DJ Laura B. and Moose the DJ, plus the Cabaret Brunch featuring Jason Fein.

Admission to Andersonville Midsommarfest is a $10 suggested donation, with proceeds benefiting the work of the Andersonville Chamber of Commerce. A portion of the gate donations will also benefit Chicago Filmmakers, Chicago Smelts and Senn High School.