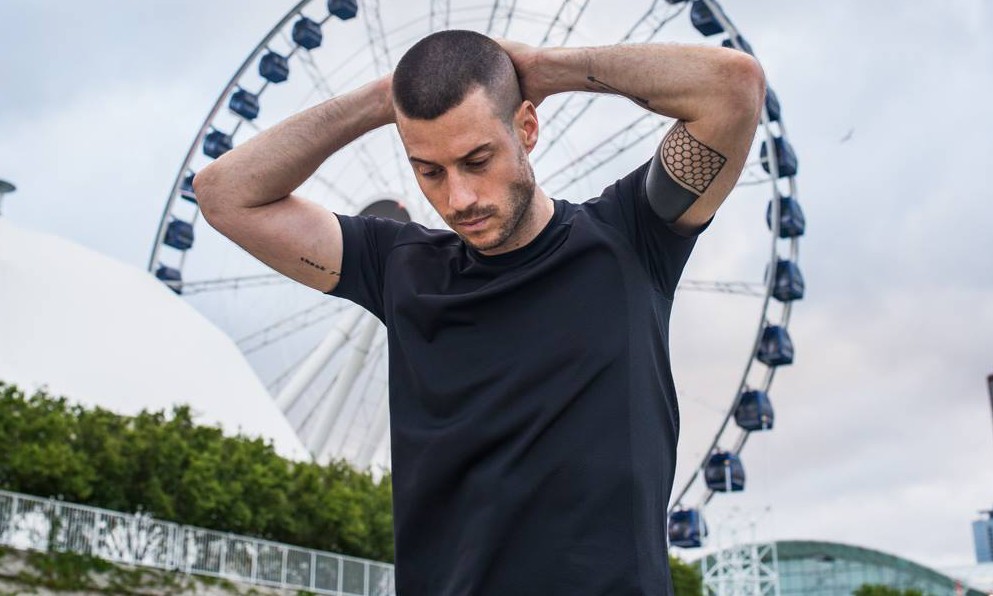 So, it was no surprise that, when contacted on Wednesday, he admitted that he was "music shopping, and going through all of my collection, selecting tunes I might want to play for each event this weekend."

His schedule starts Thursday at the Circuit Party Takeover of Sidetrack.

"CircuitMom Matthew Harvat, in my opinion, is the only person (who) could make something like this happen," Sollors said of the Sidetrack gig. "We are taking over the entire bar, turning the music videos off and adding slight visuals, amping up the sound system, adding lights, lasers and go-go boys. With two performers and House music all night long, this is something Sidetrack has never seen. I know there's a lot of buzz going around the city about this (event), and I think for the launch of IML 2018, this is the most perfect way to do it ...and I'm thrilled to be involved."

Sollors is doing double duty on Sunday, May 27, with CUN-Tea at Evil Olive and the AfterParty at Progress Bar.

"CUN-Tea happens outside of Boystown, which creates for a fresh and different type of vibe," Sollors said. "Ryan Willing is a pro, and really curates his parties to taste. Sexually-forward, dance-centric and musically-thoughtful. It's always a fun time, especially being in the afternoon/evening. It's also a really cool space with two levels.

"This is 100 percent the party to start with on Sunday. We are running from 4-9 p.m., (and) I'll be playing the closing slot when the party is really in full swing. I'm super excited about it."

Sollors said the Progress party will be fun and a nice come-down from festivities earlier in the day. "I've never played (at) Progress Bar, so I don't really know what to expect; however, I will be playing with the infamous Dom Brown, so you can expect an amazing time."

Then again, Sollors admitted, "I never know exactly what I'm going to play, how or when as I do everything on the fly. I like to show up to every gig armed with as much amazing music as possible, so that I have the tools to curate moments on the dance floor that lift people up.

"This year (during) IML, I'm playing the most shows I've ever played in a one weekend in Chicago. I'm excited to be doing this from my home base."

Sollors said the Black and Blue Ball is, by far, the biggest event of the weekend for him. "I played this party last year at a different location and it went off in such an amazing way. (Produced) by CircuitMOM, it is the closing party of IML weekend, held at the House of Blues.

"By this point, I will be so into the music and really feeling the vibes from the weekend," he said. "When I DJ a lot over a weekend, something beautiful happens where everything just becomes very intuitive and the music starts to select itself. (Maybe) it's the lack of sleep, or the hours on end playing, but there's something magical about it that is hard to describe."

Tom Stephen is coming in from the UK to play, too.

Sollors' final gig is the GEAR Party at Replay on Tuesday, May 29.

"GEAR ...we are calling this the recovery party," he said. "I definitely will be playing to the more light, and disco kind of vibe. It's more of a tavern kind of space, so it's more about chatting with old friends and new, and listening to some good music, and dancing if you are feeling it, (thought) but it's not a dance club. It's called TAT-Tuesday because they have a raffle and actually give away a free tattoo session. This is one of Ryan Willing's events as well, with the beautiful talent that is Debbie Fox."

Related: DJ Karsten Sollors brings his unique sounds to Chicago and beyond