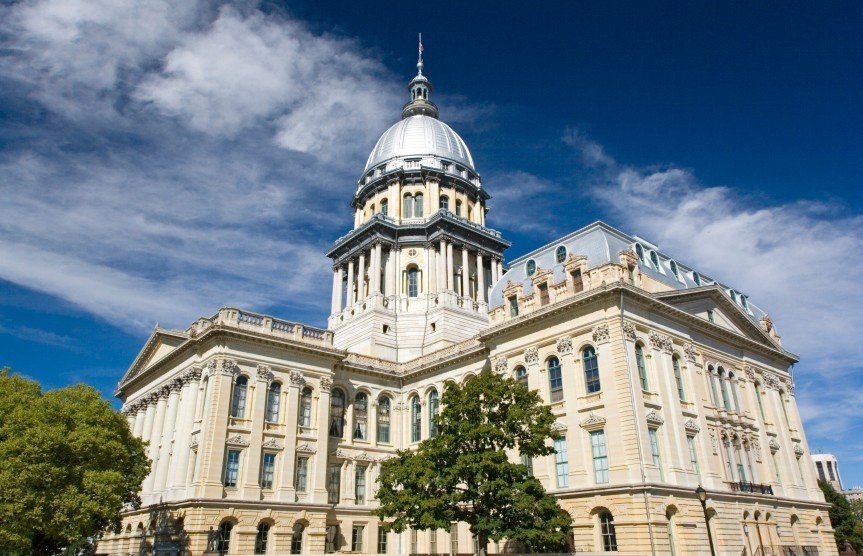 Champions of equality for lesbian, gay, bisexual, transgender, and queer Illinoisans will journey to Springfield on Wednesday (April 11) for LGBTQ Advocacy Day and to ask lawmakers to pass the Inclusive Curriculum Bill this spring.

From Carbondale in the south, from Coal City in the west, from Chicago in the north, and from points all over the state, people will be coming to the state Capitol to support our allies and champions in the Illinois General Assembly and to make sure that our state continues to demonstrate its values of being fully equal and inclusive.

"On the national level we have witnessed a rise in anti-LGBTQ sentiment from the administration in Washington. To counter that, we have to be present and visible in the Illinois Capitol so that our state representatives and senators, as well as officials of the executive offices, see that LGBTQ voters and our families and allies will continue to aggressively pursue our rights here in Illinois," said Brian C. Johnson, CEO of Equality Illinois, the statewide LGBTQ civil rights organization.

"There is no stepping back from the victories we have already won, and we are counting on our elected Illinois officials to support our agenda," Johnson said.

One major topic these citizen advocates will be discussing with their hometown lawmakers is the Inclusive Curriculum Bill, which would require the inclusion of historical events and contributions by LGBTQ people. An LGBTQ-inclusive curriculum can have a positive affect on students' self-image and make their peers more accepting, and it would get Illinois closer to being a state that tells the whole story of our shared history. (Read more about the bill The Inclusive Curriculum Bill, SB 3249 and HB 5596, was introduced in February by state Sen. Heather Steans of Chicago and state Rep. Anna Moeller of Elgin. The Senate Education Committee voted 9-2 on March 13 to send the Senate version to the Senate floor for action. The House Elementary & Secondary Education: School Curriculum and Policies Committee voted 10-4 on Tuesday (April 10) to send the House version to the floor.

Among other measures that are part of the LGBTQ Advocacy Day agenda is ratification of the Equal Rights Amendment to the U.S. Constitution. "The Illinois Constitution already prohibits discrimination in this state on the basis of sex, and it is high-time that the governing charter of the nation also includes such protections," Johnson said. "Final ratification of the federal ERA would advance justice across the country for female-identified individuals."

The daylong event in Springfield will include lobbying training, lunch, meetings with legislators and a visit to the Capitol.