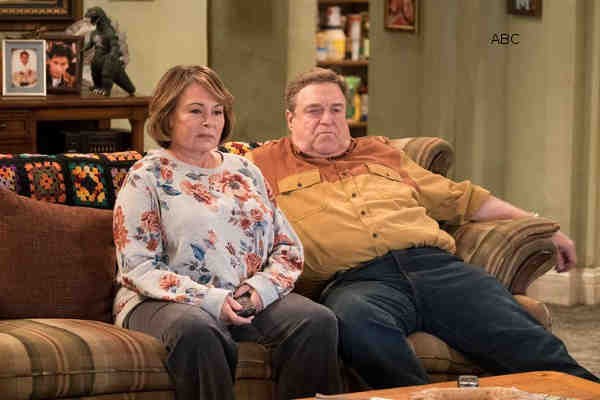 The 65-year-old Barr this week returned to television with a new season of her 90s sitcom Roseanne on ABC. An estimated 18 million people tuned in to watch the return of Barr's blue-collar heroine, Roseanne Conner, who, like Barr, is a Trump supporter.

"Considering that Trump opposes many of the principles that you and Roseanne Conner have stood for, how can you support him?" the Times asked.

"He doesn't oppose same-sex marriage," Barr said, then, in response to the interview's assertion that Trump "has not come out in favor of it," she added: "He does. Yes, he does. He has said it several times, you know, that he's not homophobic at all."

While Trump has said that he believes the matter is "settled," he has yet to endorse such unions, and he has surrounded himself with people who are vocally opposed to LGBT rights, including Vice President Mike Pence, HUD Secretary Ben Carson and Energy Secretary Rick Perry, to name a few. In at least one interview before the election, Trump made it clear that he's with opponents of same-sex marriage. Speaking to the Christian Broadcasting Network's (CBN) David Brody, Trump said that opponents of such unions can trust him. "I think they can trust me on traditional marriage," Trump told Brody.

On the campaign trail, Trump pledged he would sign the First Amendment Defense Act (FADA), a federal bill which seeks to undermine marriage equality by protecting people who oppose such unions based on a "sincerely held religious belief or moral conviction that marriage is or should be recognized as a union of one man and one woman."

And as president, Trump appointed Neil Gorsuch to the Supreme Court. The National Organization for Marriage (NOM) has called Gorsuch's confirmation a step toward overturning the high court's "illegitimate" decision in Obergefell, the 2015 landmark ruling that found that gay and lesbian couples have a constitutional right to marry.

While giving a speech on infrastructure in Ohio on Thursday, Trump said that he had called Barr to congratulate her on her successful return. "[The ratings] were unbelievable," Trump said. "Over 18 million people. And it was about us."