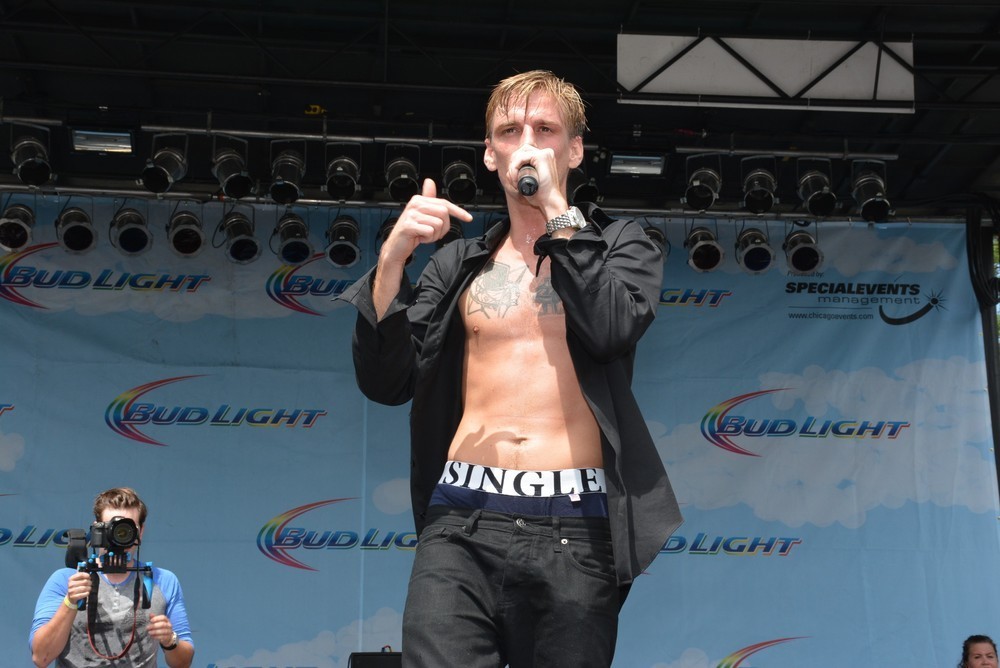 aaron carter performs in boystown in 2015

"It was more so just a story that happened when I was like 17 with somebody," Carter, 30, told Hollywood Life podcast. "And I can find men and women attractive, but when it comes down to it, I think it was a little misconstrued. I see myself being with a woman and having kids. I want to have a family."

"I keep telling people that," he reiterated. "I don't want it to be misconstrued too much just because I was open about a story."

Last August Carter took to Twitter to detail his sexuality."I grew up in this entertainment industry at a very young age and when I was around 13-years-old I started to find boys and girls attractive. There were years that went by that I thought about, but it wasn't until I was 17-years-old, after a few relationships with girls, I had an experience with a male that I had an attraction to who I also worked with and grew up with.

At that same time, Carter and his girlfriend Madison Parker broke up. He claimed that she didn't "understand" his bisexuality. Carter then performed that year at Hamburger Mary's in Florida.

In August 2013, 2014 and 2015, Carter performed at Northalsted Market Days in Chicago's Boystown neighborhood.