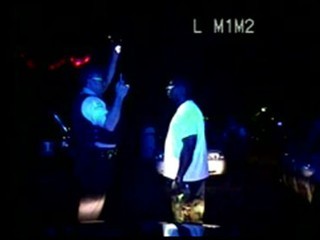 photo credit // cbs2chicago.com
Chicago, IL - A Chicago LGBT group claims that Cook County State's Attorney Anita Alvarez is letting an alleged crooked and anti-gay cop off the hook, but her office calls the allegation nothing more than a rumor.

Gay Liberation Network co-founder Andy Thayer recently revealed that an inside source at the Cook County State's Attorney's office leaked him information that Alvarez has decided not to prosecute Chicago cop Richard Fiorito, who has had 37 federal civil rights lawsuits filed against him for allegedly falsifying DUI records in the heart of Boystown in order to rack up overtime pay. Fiorito, who works the night shift in the 23rd District, has since been placed on desk duty. Additionally, Alvarez's office stopped using Fiorito as a witness in DUI cases while it continues its investigation.

"While there is overwhelming probable cause to arrest Officer Fiorito for perjury and obstruction of justice, the fact that Anita Alvarez has failed to prosecute him should come as no surprise," Thayer said in a statement released by GLN. "Under Alvarez's mentor, former Cook County State's Attorney Dick Devine, and his mentor, former cook County State's Attorney and now-Mayor Richard M. Daley, two-and-a-half decades of torture of African Americans by Commander Jon Burge and other cops went unprosecuted."

"I don't know where that rumor is coming from," Daly said, adding that Alvarez has not made any decision regarding the officer. "The investigation remains ongoing."

Daly confirmed that Fiorito is still not being used as a witness in DUI cases while the investigation continues. These investigations, she added, can take time. "You can't put a time and date on it," Daly said. "It's a pretty involved process."

Of the 37 civil rights lawsuits filed against Fiorito, several allege that in addition to falsifying reports and perjuring himself in court, the cop used anti-gay language during arrests. For months, the local LGBT community has been protesting that Fiorito continues to work while the Cook County State's Attorney's office and Chicago Police Department's internal affairs division conduct their investigations.