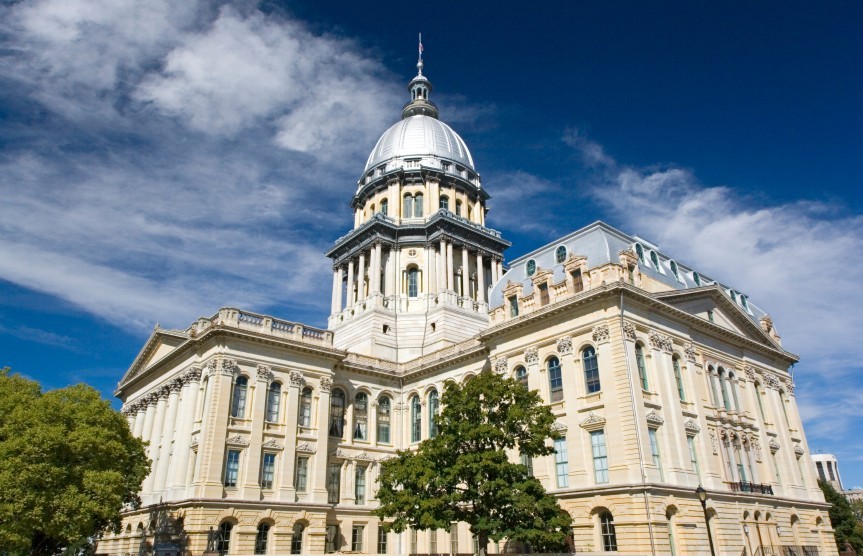 "Across the country, we have seen attacks on the LGBTQ community increase in number and fervor," said Brian C. Johnson, CEO of Equality Illinois, the state's LGBTQ civil rights organization. "But in Illinois in 2017, we demonstrated that we can fight back and win thanks to the hard work of LGBTQ Illinoisans and our allies and the support of leaders in the Statehouse."

The birth certificate modernization law allows transgender Illinoisans the opportunity to update the gender marker on their birth certificate without going through surgery. The panic defense ban says that murderers can no longer get off the hook by claiming their "panic" over our identity caused our deaths. The LGBTQ public service law requires the Governor's office to report out how many LGBTQ people are appointed to our state's boards and commissions. All three measures were approved with bipartisan legislative majorities and signed by Gov. Bruce Rauner.

The panic defense ban, Senate Bill 1761, was an initiative of Equality Illinois and was sponsored by state Sen. Daniel Biss of Evanston and state Rep. Litesa Wallace of Rockford. Under the new law, criminal defendants who kill LGBTQ people can no longer receive a reduced charge by claiming a panic defense—that they were provoked by a fear of the victim's sexual orientation or gender identity. Illinois is the second state to enact such a law. READ MORE

The birth certificate modernization law, House Bill 1785, was an initiative of a coalition that included Equality Illinois, ACLU of Illinois, AIDS Foundation of Chicago, and Illinois Safe Schools Alliance and was sponsored by state Rep. Greg Harris of Chicago and state Sen. Toi Hutchinson of Olympia Fields. Consistent with modern standards of medical care, the new law modernizes the Illinois Vital Records Act to allow transgender and intersex individuals to correct the gender marker on their birth certificates without undergoing unnecessary and expensive surgical procedures. READ MORE

The LGBTQ public service law, Senate Bill 1670, was an initiative of Equality Illinois and was sponsored by state Sen. Scott Bennett of Champaign and state Rep. Will Guzzardi of Chicago. The measure will encourage public service and create a leadership path for LGBTQ Illinoisans by allowing them to self-identify their sexual orientation or gender identity when applying for appointment to state boards and commissions in the same way that other demographic data is currently collected. This data is reported annually. READ MORE

"To have three bills become law and go into effect in one year is an unprecedented advance of LGBTQ civil rights in Illinois, but challenges remain and our work continues in 2018," Johnson said.

From an Equality Illinois press release