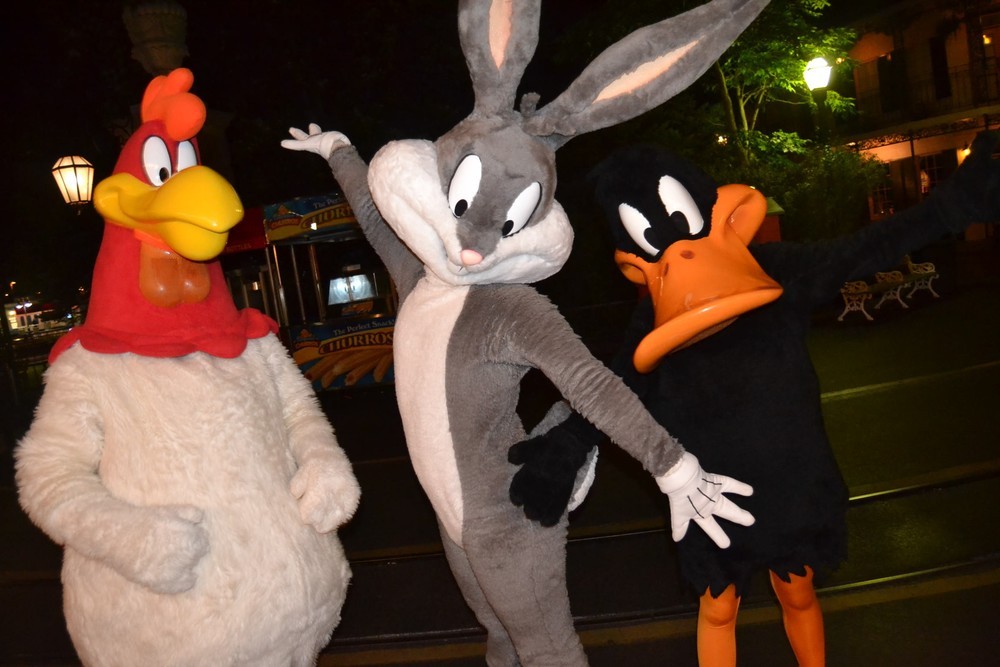 Record crowd of 5,000 is expected as LGBT community tackles The Joker and other thrill rides

Chicago, IL - The 6th annual Out in the Park on Saturday night, Sept. 9, looks to be the biggest and best LGBT Private Party at Six Flags Great America in north suburban Gurnee.

The event's organizer, Best Gay Chicago, said the maximum attendance is 5,000 for the four-hour event – and they are expecting to hit that total, which would be an event record.

But there still be short lines and free parking.

"We have tried some new marketing ideas this year to help us get the word out ... we really hope to sell-out. Then we can advance the event. The more tickets we can sell, the more hours we get next year," said Michael Snell, co-owner of Best Gay Chicago, which he runs with his husband, Derrick Sorles.

Their goal for the future is 8,000 or 9,000 attendees, which then would be an eight-hour Sunday event in the park.

One of the main changes this year from Out in the Park of the past is with in-park entertainment – or lack thereof. "The feedback we heard was that many people did not want to stop riding rides to see the show. Until we have more hours, people just want to ride the rides," Snell said.

So, singer/model/author Sir Jet will be at the park for photos and a meet & greet session, and he will perform at Charlie's in Boystown at 1:30 a.m. for the official after-party ($5 cover).

Mysterious and alluring, gender-bending Sir JET, aka Joel Evan Tye, is a popstar like no other. With his sculpted body and love for skin-tight costumes and anime, he has been referred to as 'Nick Lachey meets Ziggy Stardust.' The online article 'The Boy Who Talked Like a Girl' is the story of JET's childhood struggle with gender anxiety that lead him to become an agoraphobic mute for almost a decade to only rediscover his voice again at age 20 and become the man he is today.

JET's mission is to help people who struggle with their identity and to encourage them to find their true selves by going within like he did. In addition to being referred to as the "Madonna Crotch" by Patti Stanger when he appeared on BRAVO's last season of Millionaire Matchmaker, JET is also a heavily sought-after model, appearing on the boxes of LASC's first line of underwear, and modeling four times for Mike Ruiz's Pretty Masculine series.

JET also five years ago released an EP, a collection of songs with themes based on concepts from his book 'I'm Enough: How to Live Life Like a Popstar and Find Your True Self in the Process.' JET's music includes 'Shout-out to the Lonely.'

Out in the Park is, once again, a benefit for the LGBT community – and to date, the event has gifted $40,000 to charity.

No doubt one of the highlights will be, The Joker. Yep, Six Flags Great America launched a new thrill ride, an insanely twisted chaos coaster that acts as a massive new centerpiece in the Yankee Harbor section of the park, near the Batman ride.

The Joker is the park's 15th coaster and features a free-flying feeling as the cars spin around.

Out in the Park is one of about 20 private parties at Six Flags Great America every September.

Snell said one of his all-time favorite Out in the Park memories came in year one. In fact, before the first one even happened.

"We had been in discussion with Six Flags since early that spring, but it wasn't until mid-July that we were officially given the green-light. So we only had about six or seven weeks to market, advertise (and) educate people about the event. It was crazy. We were working nonstop to get the word out."

Ultimately, about 3,500 attended in the first year.

"It was very exciting to see people pouring into the park, knowing we had created something special," Snell said.

Derrick Sorles added, "We are very excited that this private night for charity continues to grow every year."

To buy tickets, go to www.CelebrateDiversityChicago.com

FLASH PASS is not needed, nor is it available.

There also is a GROUP MEAL DEAL VOUCHER for $14.25, which is good for one full meal in the park, for a savings of about 20 percent off regular in-park food prices.

Entrance to the park will begin at 7 p.m., and the rides will be going from 8 p.m. to midnight.

Attendees cannot use a COKE can to save $20.

Roundtrip transportation from Boystown to Six Flags Great America is available from Charlie's Bar, departing at 6 p.m. Contact the bar directly to reserve a transportation seat.