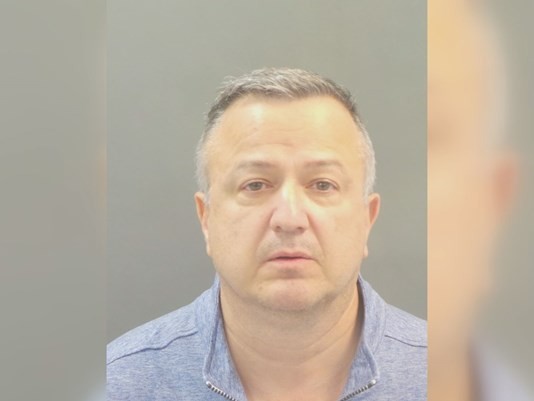 photo credit // slmpd/ksdk
St. Louis, Missouri - A man is facing criminal charges after driving through a crowd of protesters in St. Louis, Missouri protesting the officer-involved shooting of a transgender woman, according to NBC affiliate KSDK.

The protest was organized Wednesday night in honor of Kiwi Herring, who was fatally shot by police Tuesday after allegedly resisting arrest and cutting an officer in the arm with a knife.

Police say the protesters were blocking traffic from all directions when Mark Colao, 59 approached an intersection.

After the situation escalated, Colao allegedly drove through the protesters, leaving three with minor injuries.

KSDK reports police had to chase the driver before he eventually stopped.

St. Louis Metropolitan Police said Colao was charged with resisting arrest by fleeing, leaving the scene of an accident and operating a motor vehicle in a careless and imprudent manner.

You can read the full story here.