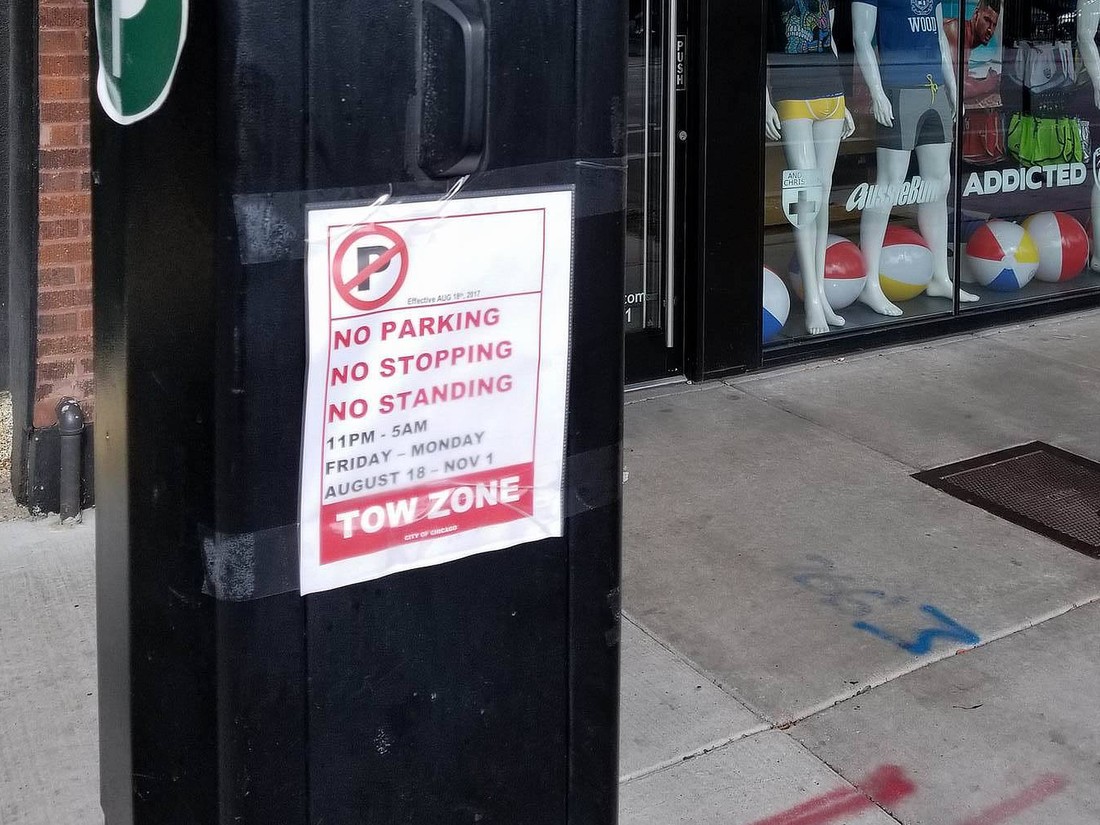 Chicago, IL - A new parking restriction pilot program is being explored along North Halsted and it could impact your weekend plans in Boystown.

The program, which began last Friday, Aug. 18 at the request of Chicago Police, restricts parking on North Halsted between Belmont and Addison on Friday, Saturday and Sunday evenings between 11 p.m. and 5 a.m.

According to Chris Jessup, Director of Public Safety and Community Affairs for Ald. Tom Tunney (44th Ward), the program is in partnership with the 19th Chicago Police District, Northalsted Business Alliance and community members.

"The goals of this police order pilot program are to improve vehicular and pedestrian safety on Halsted and to discourage public drinking and loitering in and around parked vehicles," Jessup told ChicagoPride.com.

Current restriction signs indicate the program will continue through Nov. 1, but Jessup said the pilot program's effectiveness will be evaluated each week.

Residents and business owners are encouraged to share feedback on this pilot by emailing ward44@cityofchicago.org and CAPS019District@chicagopolice.org.

Statistics provided by CWBChicago.com (CWB), show robberies in the area from Belmont to Irving Park Rd and Southport Ave. to the lake are down slightly from last year, but up compared to 2015.

CWB told ChicagoPride.com the challenge with enforcing the new parking restrictions will likely be the lack of city tow trucks.