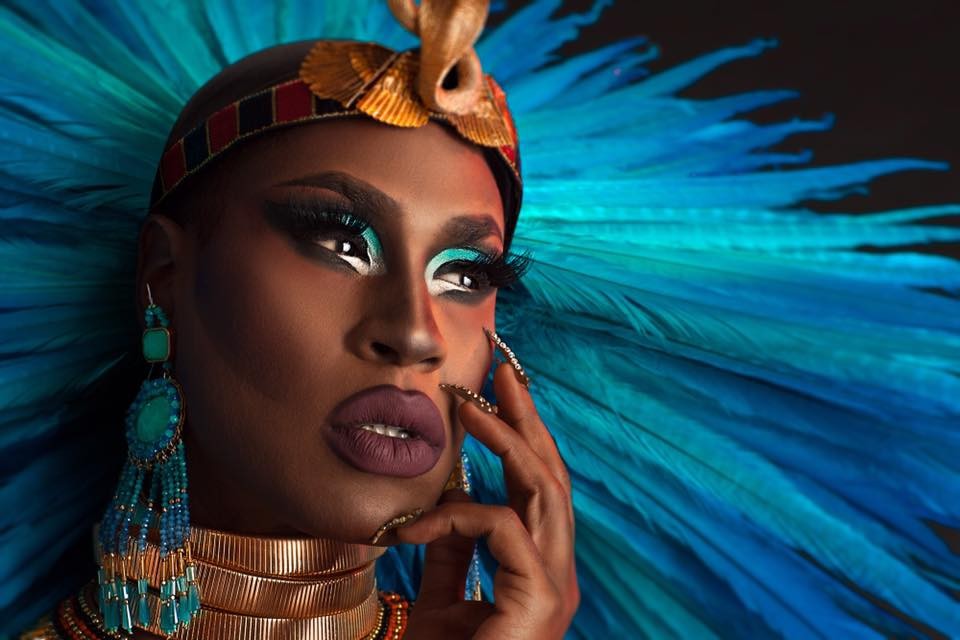 shea coulee in promo for neverland's 'gods of the nile'

This weekend, Boystown will be on display for the nearly 300,000 visitors descending on our fair gayborhood to celebrate the pinnacle event of summer in gay Chicago: Market Days. After another successful weekend of late-night dance parties, Neverland, CircuitMOM and Alegria are back for another marathon three nights this year. Seeing the destination party weekends in gay hubs like New York, Miami, London, Mykonos and more, some of Chicago's most beloved party throwers (and one from NYC) are ready to bring the Windy City into the fold.

"Market Days has become a 'go-to' weekend for people from around the globe," Matthew Harvat, a.k.a. CircuitMOM told ChicagoPride.com. "By partnering with Anthony DiFiore from Neverland and his Friday night party and Ric Sena from Alegria for his Sunday night event, the weekend really has become a fun way for people to experience Chicago's amazing summer season."

Kicking off the weekend Neverland's "Gods of the Nile" party Friday night at Metro. As usual, you can expect an insane, over-the-top themed dance party, this time turning the favorite Lakeview venue into the golden desert of Ancient Egyptian mythology. Partygoers can expect the same high-concept set design, powerful lights, pulsing beats and gorgeous looks always delivered by the Neverland team.

"Our costume designers Martin Luna and Raul Redaggio have been pushing for this theme for the past couple years, and we're eager to make it our biggest production ever," Anthony DiFiore, one of the founders and Creative Director at Neverland, told ChicagoPride.com. "Neverland's parties have been doubling in size since last year, and we just felt like this Market Days party was the right time to unleash this theme. As you can tell from our photoshoot, there is a tremendous amount of work going into the presentation."

Neverland favorite Isaac Escalante is back to spin a marathon set from opening at 11 p.m. until the party closes down at 4 a.m. Check out ChicagoPride.com's exclusive behind-the-scenes look at this party's photoshoot and don't wait to get your tickets for the immensely popular, one-of-a-kind event. Grab your tickets at www.NeverlandMarketDays.com or in-person at Egoist Underwear, 3526 N Halsted, in Boystown.

Related: Go behind the scenes of the photoshoot inspired by Neverland's Market Days party

Saturday night's traditional CircuitMOM dance party is undergoing a change this year, moving from the House of Blues in River North to the iconic Aragon Ballroom in Uptown. "SuperHero: The Resistance" continues the popular superhero theme the party has adopted for most of its past six sold-out years, inspiring partygoers who year after year show up in some truly fabulous costumes. For the first time ever, the party will be presented "in the round" with a huge stage in the center of the Aragon and 360 degrees of dance floor surrounding it.

"The main reason we moved from House Of Blues to the Aragon was because we have been selling out HOB in advance each year," Harvat told ChicagoPride.com. "We felt we have built up enough of a base audience that we could confidently move to a larger space and get the attendees we need to make the energy just as electric."

Between the crowds clad in latex and body paint, beats by the spinning duo of DJ Joe Gauthreaux and DJ Grind and a special performance from CircuitMOM herself -- the first at Market Days in 14 years -- this is a party you won't want to miss. Tickets can bought at CircuitMOM's Market Days Booth on Saturday (#71 at 3445 N. Halsted), at Cram Fashion, 3329 N. Broadway, or online at www.circuitmom.com.

Related: 'SuperHero: The Resistance' takes over the Aragon Ballroom, Aug. 12

The weekend of dance parties rounds out Sunday night with Alegria, one of NYC's most popular monthly dance parties. Founded in New York nearly two decades ago, Alegria gets its Chicago connection through CircuitMOM who performed at one of the very first parties 17 years ago. After becoming friends with Harvat, Alegria mastermind Ric Sena decided to bring his infamous parties to Market Days weekend in Chicago six years ago, helping to grow and strengthen the weekend of parties alongside Neverland and CircuitMOM.

"The three of us, we each go out of our way to make the best events we can -- really fun, different, quality events," Sena told ChicagoPride.com. "When you offer something like that, three events that are very well produced, people respond... each year it's becoming bigger and better."

All sets and costumes are made in Sena's native Brazil and then shipped up to the U.S., with Sena typically keeping details quiet, wanting the events to surprise and excite partygoers when they walk in the door. Market Days revelers can look forward to the Concord Music Hall, 2047 N Milwaukee, transforming into a tropical paradise ("they're some of the most beautiful decorations I've done," Sena said) populated by hordes of sexy circuit boys. Music by ABEL will have the whole club dancing until the sun comes up and the weekend is officially over (Sunday's party is slated to run from 9 p.m. until 4 a.m.) Tickets are available at www.AlegriaEvents.com.

Don't miss three of the biggest dance parties of gay Chicago's summer -- if ever there was a weekend to let loose, this is it. Happy Market Days!