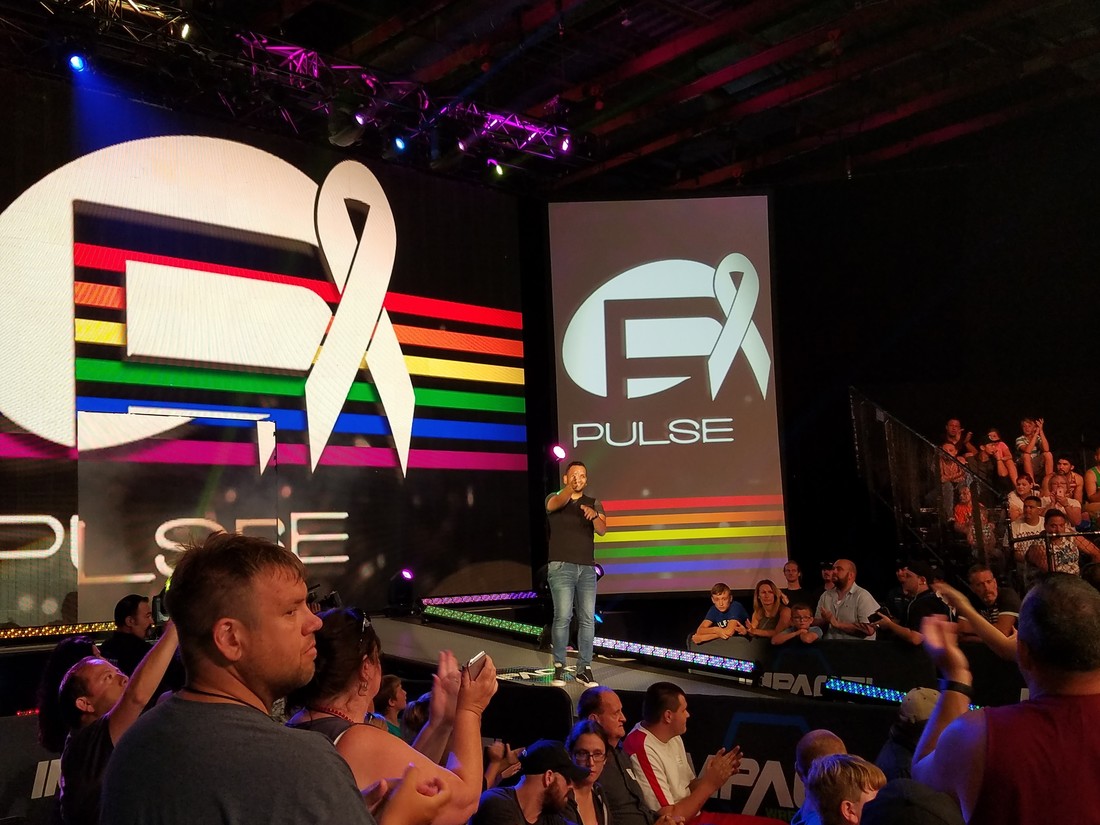 Marrero admitted that he had "no clue" what to expect, or even what was planned when Global Force Wrestling (GFW) announced it was holding a "Remembering Pulse Nightclub, 1 Year Later" tribute for the 49 victims of the 2016 shooting at the Orlando nightclub.

Marrero, an Orlando resident, was shot four times in the back and once in the arm. He was GFW's special guest for an in-ring ceremony and he then uncovered the first of 49 seats with rainbow-colored ribbons in honor of the 49 who were killed at Pulse on June 12, 2016.

GFW held its tribute July 3, as the company did not have any shows in Orlando in June, when the city remembered the one-year mark. GFW has filmed most of its events over the past 15 years at Universal Studios Florida, which is about 20 minutes away from Pulse.

Marrero is an employee of Universal Studios Florida and has been a guest multiple times over the past year on The Ellen DeGeneres Show.

"It was amazing, the best experience ...the ceremony was very emotional," Marrero said of the GFW tribute. "I've never been to wrestling before, but it is crazy and I loved every minute of it."

Marrero attended the GFW/Pulse tribute with five friends – his support system, as he called them. Marrero and others also returned to the GFW show on July 5 and was part of the special "IMPACT WRESTLING DAY IN ORLANDO," as proclaimed by Orlando Mayor Buddy Dyer, who was in attendance that day.

Marrero and Mayor Dyer posed for photos with some of the wrestlers in the ring after a match.

"I think the big thing is, awareness," GFW star Bobby Lashley said to Marrero. "We were down here (in Orlando) at the time (of the tragedy in 2016) and it was shocking. Regardless of who, what, where, why, a tragedy like that is, inexcusable. I'm glad you're still doing things to keep the awareness (going) because we can't forget about (those victims). We appreciate you coming to Impact and know that, we've got your back as much as anybody."

"I didn't know how big of a fan of wrestling I was until today. I had an amazing time (watching Impact)," he said. "Alberto is my dad's idol, so that makes me a fan of his because I know how much my dad idolizes him. It was amazing to meet him, take pictures with him ...he is a beast."

The video of Marrero's appearance at the GFW show has already been viewed more than 55,000 times via social media.