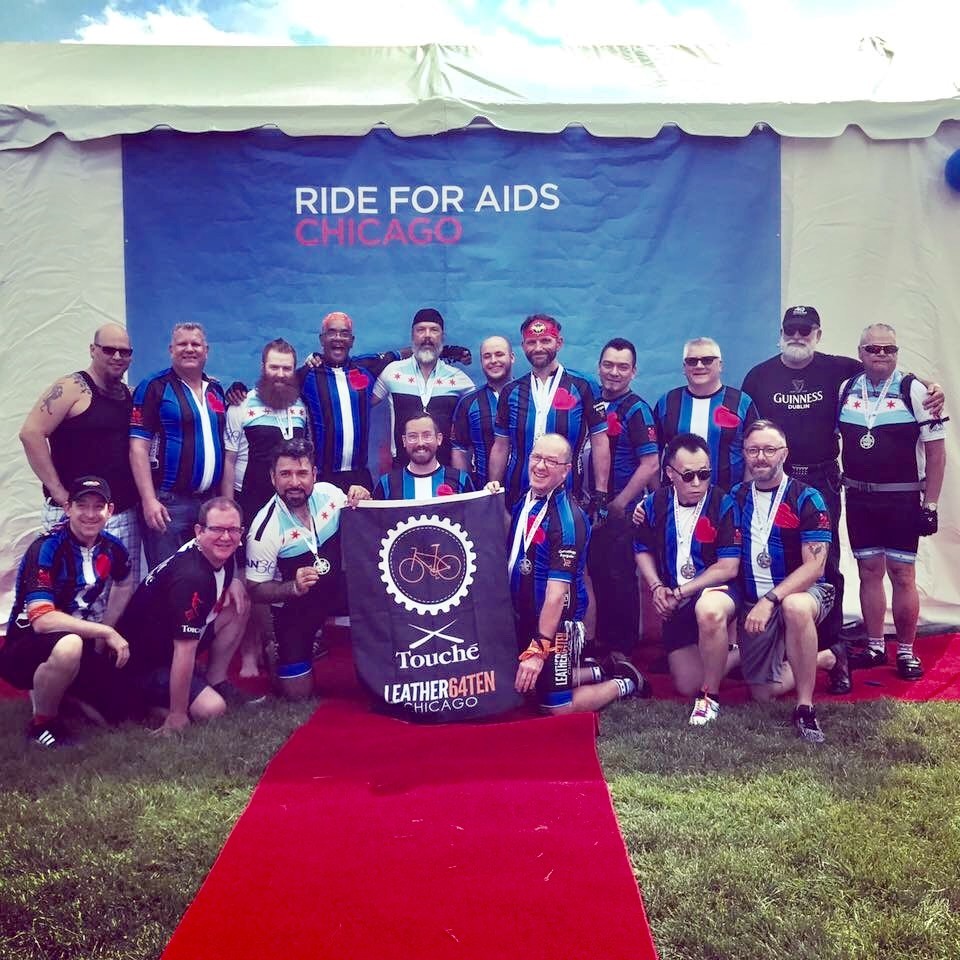 "This was a tough year (for the Ride), likely due to the political situation; I think people were feeling helpless and hopeless," said Ride veteran Meg Valenti, who cycles on a tandem bike with her husband, Fred. "I felt it was really important, in the face of looming government cuts, that we needed to be more proactive to help ensure that TPAN's clients don't lose services."

Valenti added, "I love this event, (which has) so much positive energy and people from all different places and backgrounds coming together for a common goal, (which) proves to me that each of us can make an impact and change things for the better; it gives me hope."

Valenti said her favorite part of the weekend is being at the finish-line, giving riders their event medals. "You see in their faces the pride they have in completing the Ride," she said. "The Ride isn't easy; those hills are crazy and lots of times you want to give up, but then you remember the reason you're doing this (and) that keeps you going."

Gary Nelson, Events & Communications Manager at TPAN, said the 2017 Ride featured many incredible personal stories, such as, Jaime Falu of Team Touché/Leather64Ten, who relocated from Atlanta for Ride season to train and fundraise with his team. falu, formerly of the crew, rode in honor of his aunt, Titi Edna, who passed away on Dec 4, 1991.?

Then there's the story of Ashley and Jessica Martel, sisters on Team TPAN.

Ashley is the HOTTER Program manager at TPAN, running the organization's program to reduce HIV and substance use risk among young same-gender loving African-American males in the city. (HOTTER stands for, Healthy Outcomes Through Treatment Empowerment, and Recovery.)

Both sisters are new to cycling, but showed dedication in their training, logging long hours at VisionQuest Coaching, a Ride partner, to complete the 200-miles, Nelson said. On Day 1, Ashley's bike got a flat tire at the 99-mile mark and both sisters walked their bikes across the day's finish-line together.

"After two years as a participant, you may think the transition to TPAN staff would have been easy, (but) it was a challenge," said James Craig, who is a Special Events Coordinator for TPAN. "The Ride For AIDS Chicago is a very intricately planned event. Gary and I have a lot on our plates during the planning process, but we also get a tremendous amount of support, feedback, and encouragement from our participants and it feels like the most amazing group effort. The event itself receives a lot of input from the community and that's what makes it so special."

Steven Acosta of Chicago was a first-time Rider.

"The Ride created an environment where everyone truly supports one another for a cause," Acosta said. "There was a sense of camaraderie all weekend and that's what makes people want to continue to support the Ride For AIDS Chicago. Every person wanted the other to succeed on the 100/200-mile challenge. The feeling of riding into the finish-line is as if you just won $1 million on The Amazing Race, (with) everyone clapping for you."

David S. Hackett, a longtime Chicago LGBT activist, was part of the Ride Crew, in his sixth Ride. He said the event remains "inspiring in every way." He added, "(With) spectacular weather and many new riders and crew, (it) will set the foundation for our 15th annual Ride," in 2018.